Brenda Cassellius Will Walk Away from BPS with More than $300,000

It's part of a settlement reached between Cassellius and the School Committee. 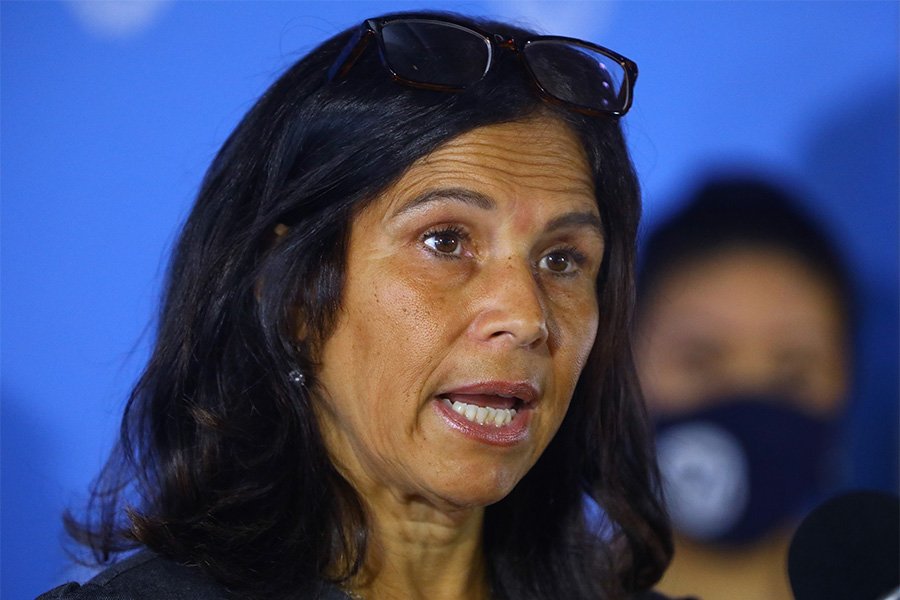 Boston Public School Superintendent Brenda Cassellius will walk away with more than $300,000 as part of a separation agreement that she reached last week with the Boston School Committee.

The separation agreement, which was obtained under the Massachusetts Public Records Law, calls for Cassellius to receive one year of salary ($297,138), per her contract, as well as an additional $16,912, representing two years of salary increases. She will also be paid the sum of $1,143 times the total number of days she has accrued for vacation time, personal time, and sick time, which will be calculated when she leaves the city’s top school post in July. Cassellius, who was commissioner of education in Minnesota before coming to Boston, had two years remaining on her contract before her departure was announced in February. Both Mayor Michelle Wu and Cassellius have called the decision mutual.

The agreement also contains language referring to how the city’s School Committee and Cassellius will publicly represent the move, including that “each party shall refer to the other in a respectful and professional manner.”

The document also has instructions for how Cassellius should handle reference requests for future job opportunities, stating, “Dr. Cassellius will refer all reference requests to the BPS Office of Human Capital which will respond to such reference requests by providing only dates of employment and position held pursuant to BPS’s usual policy.” Furthermore, BPS agreed not to contest any application by Cassellius for unemployment, and Cassellius waived all her rights to sue BPS for actions related to civil rights and age discrimination, among other matters.

Cassellius had faced criticism throughout her tenure, even prior to the pandemic, which brought unprecedented challenges to educators everywhere. More recently, a study from the right-leaning Pioneer Institute here in Boston called for BPS to be put into state receivership due to “years of rapid decline marked by low overall performance, yawning achievement gaps, instability, bureaucratic inertia and central office ineffectiveness.”

Wu praised Cassellius in a statement to Boston. “Superintendent Cassellius has given Boston three years of strong leadership and service, and we are a better city for it,” she said. “Her vision and relentless focus as a champion for our young people and for equity has helped BPS move forward on needed structural changes within our district.”

When reached for comment, a Cassellius representative directed Boston to a letter she wrote to the BPS community back in February, in which she offered high praise to BPS students. “You are the reason I come to work every day,” she told them. “You have inspired me with your ideas, your creativity, your resilience and your voices. I will carry you and your incredible potential with me long after my time in Boston has come to an end.”

Boston also reached out to the School Committee for comment on the settlement, but has not heard back yet.

Wu now faces the task of filling one of the most challenging jobs in town, something she’ll be doing while she also seeks to hire a new police commissioner.

Sam Tyler, the former president of the Boston Municipal Research Bureau, has some advice for finding Cassellius’ replacement: “The last two Boston permanent school superintendents, Tommy Chang and Brenda Cassellius, did not have experience as superintendents of large urban school districts when they were selected as superintendent for Boston and their tenures in Boston were short,” he says. “Now the school committee and mayor expect to hire a new superintendent by late June and hire a search firm by late March or early April. This schedule is extremely tight, with calls for hiring an interim superintendent already being suggested. This time, the school committee should look more to search firms that specialize in urban school districts. That will cost the school department more, but it may produce candidates with better prior experience to do the job.”