Jonathan Simkhai Chats About His Road to the Runway

The designer was recently in Boston for an event at Saks. 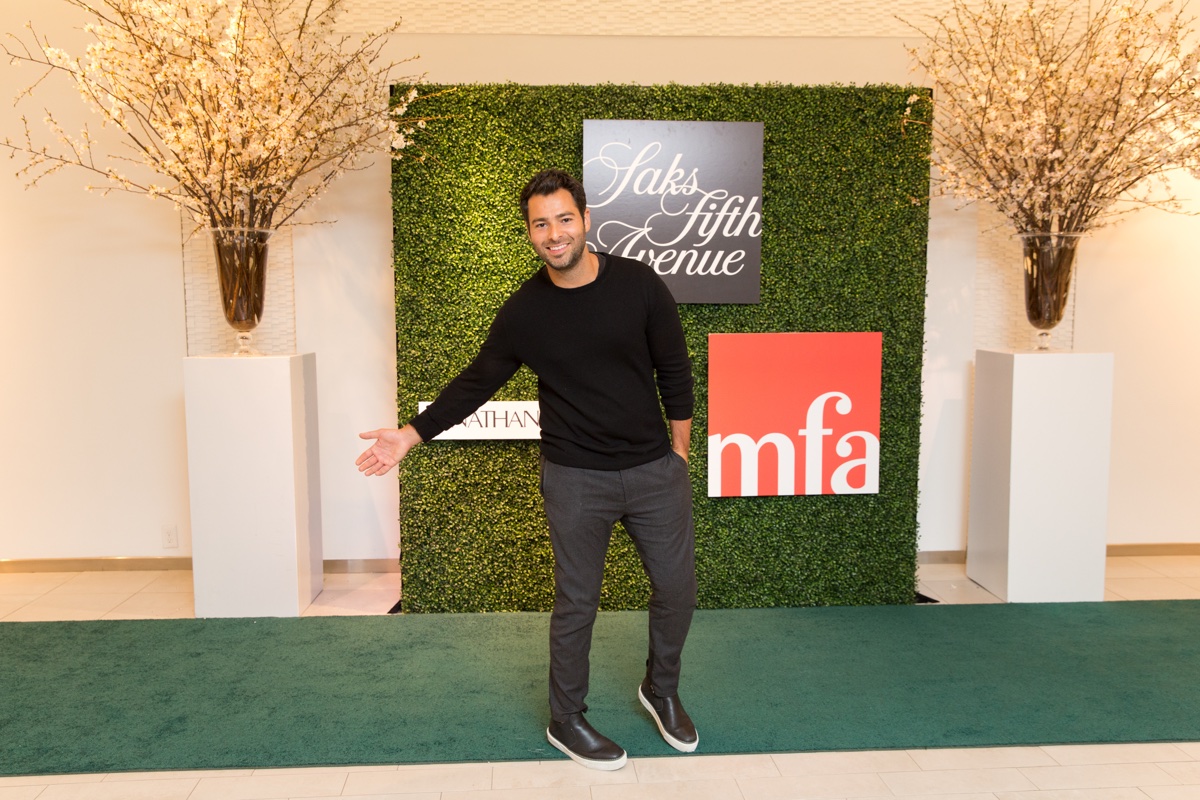 Jonathan Simkhai might be the only kid who ever benefited from hanging out at the mall. It was there, in the parking lot with his mother after one of their many shopping trips together, that he first thought of becoming a designer. As practically an only child—his two brothers being much older and already out of the house when he was young—Simkhai was close with his mother and they spent a lot of time together. She revealed to him, in the car that day, of her dreams of becoming a designer. Without having a real clue what that meant or what it entailed, Simkhai decided that’s what he would be when he grew up.

And he quickly discovered that his knowledge of clothing, again passed down to him from his mother, was a way to connect with women.

“Women love talking about fashion and it was what I knew and how I could connect. Still is,” Simkhai says.

He began working at a clothing store when he was in high school and by the time he was a senior, he was in charge of the buying and the visual merchandising for three stores. Although it seems insane to give an 18-year-old that much responsibility, Simkhai says it made sense at the time.

“I know how hard it is to find people who are obsessed with their job and love it. Even at 18, with very little experience, I was so dedicated and loved what I was doing,” Simkhai says.

That dedication and pure love of the craft is perhaps why Simkhai, seven years after launching his eponymous label, is still at the top of his game. His newest collection features what has become a trademark tension between the delicate and the architectural. Lace and pearls hang from strong lines and contoured silhouettes. But new this season is swim (which he jokingly refers to as “swimkhai”) and updated denim.

“We introduced a denim component and are finding ways to elevate it using embroidery, embellishments, and different shapes and washes,” Simkhai says.

Although he doesn’t spend time hanging around the mall these days, his mother is still his biggest fan, and she’s a client. Simkhai says, “She wears my clothes all the time. It’s very rewarding to know that I can dress her. She’s in her 60s and she wears the clothes really well.”