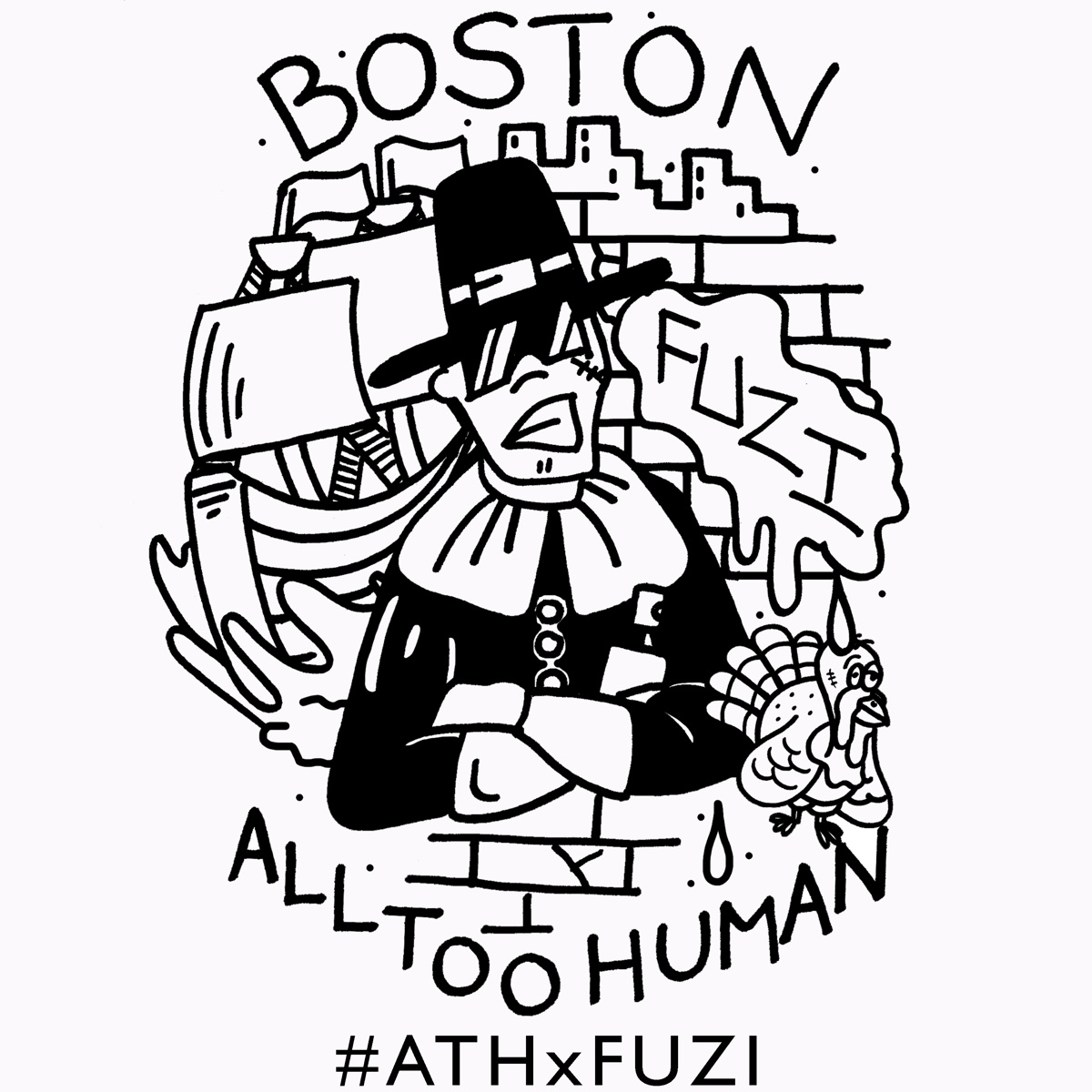 Image provided by All Too Human

Although the fashions were memorable, Joseph Morrissey, co-owner of high-end clothing boutique All Too Human, never forgot the graffiti that he saw on the streets of Paris during fashion week about ten years ago. Morrissey found out the French artist went by the name Fuzi and that he was also a tattoo artist. Today Morrissey has traveled to New York and back to Paris to get tattooed by Fuzi, and on August 22, he brings him here to Boston.

“One of our first ideas when we were opening the store was to get someone in to tattoo people in the store window, or have an event with some performance aspect to it, so I’m excited that we’re finally doing it,” Morrissey says.

Fuzi, who pioneered a form of graffiti on the streets of Paris in the 1990s known as “Ignorant Style,” then parlayed his signature style into tattoos in 2008. Since then he has built a entire international lifestyle brand, called Ignorant People, and he collaborates with individuals and other brands as an art director, consultant, and illustrator. He currently lives in Los Angeles where he’s built a devout fan base and attracted high-profile clients like Scarlett Johansson, Justice, and Diplo.

This will be Fuzi’s first trip to Boston and admirers will be able to watch him paint All Too Human’s entryway during store hours from 11 a.m. to 6 p.m. on August 22. “We have a wall when you first enter the store that’s like 10 feet high and 20 feet long, and he’s going to paint that from top to bottom when he arrives. We’re partnering with NYC-based marker brand Krink, who have worked with Fuzi before,” Morrissey says.

On August 24, Fuzi will be tattooing those lucky enough to have secured an appointment at All Too Human from 10 a.m. to 8 p.m. Morrissey says those spots filled up immediately: “I sent out just a couple of emails and he got booked out really, really quick.” But, there will be an opportunity the night before, on August 23, during a cocktail reception at the store, for three lucky people to choose a flash design and get tattooed for free on a first-come, first-served basis. Those who don’t get any, or don’t want any ink, will still be able to purchase custom designed, limited-edition tote bags and other merchandise featuring Fuzi designs created specifically for All Too Human at the cocktail reception.

“The merchandise came out great,” Morrissey says. “I like Fuzi’s designs because there’s a juxtaposition of rudimentary stick drawings with catchy phrases which are really smart in a juvenile way…it’s funny, low-brow humor that’s also subversive and also very direct.” He goes on to explain, “And his paintings are really cool too because they’re almost like a really concentrated stream of consciousness.  They’re all built upon one image, which turns into another image, which turns into another image, and so on.”

Unlike a tattoo, the painting won’t live on in the store forever. Morrissey says, “For a while my original intent was to line the wall with some hard canvas and preserve it, but it being temporary is also cool.”