The overnight running relay is 192-miles and boasts more than 7,000 participants. There’s plenty of mud runs, glow-in-the-dark races, and other events that claim to be “extreme,” but the most fierce race of them all has absolutely nothing to do with jumping over fire or climbing over barbed wire fences, and it’s invading Cape Cod this weekend.

The Cape will find itself overrun with nearly 7,000 runners and thousands of 15-passenger vans for the annual Ragnar Relay series May 9 and 10. For those of you hoping to have a quiet Cape weekend, there will no doubt be quite the bottleneck along Route 6, so plan accordingly. The 192-mile course starts in Hull and ends in Provincetown. Named after a 9th century Scandinavian king, the first incarnation of Ragnar started 10 years ago in the Wasatch Mountains in Utah and has grown into a series of 15 races that take place across the country.

What is Ragnar Relay?

The relay is a continuous, overnight race where runners hit the pavement at all hours of the day and night, most of whom are in it for the experience rather than the finish line medal. Each team member (teams have six or twelve members) has a running segment, which is divided into three legs (individual legs can vary from 2.4 miles to a grinding 12.8 miles, with about eight hours of rest in between each run). Teammates follow in vans to meet their runners at a checkpoint where they’re then relieved of their running duties (until the next segment, that is), and then another runner takes over. Teams caravan in two separate vehicles that leapfrog one another at major exchanges. This process happens three times to cover the full 192-miles before the race is over.

Packing for a Ragnar:

When holed up with five other people in a cramped, moveable motel for 24 hours, otherwise known as an Econoline van, it’s best to pack light. Besides the obvious items to pack (running shoes, compression socks, and apparel), be sure to bring enough snacks and ways to hydrate (including ice). You never know where you’re next food stop will be, so eat well in your van.

You definitely don’t want to spread any germs in the close quarters either, so pack sanitary items. Hand sanitizers with a pump come in handy as do sealable plastic bags to lock in any stench. Be sure to designate a separate trash section for discarded items. Ragnar is just like camping—except with lots of running.

You’ll see everything from tutu-wearing runners to head-to-toe costumed teams dotting the 192-mile course. It doesn’t matter if you’re a marathon runner or a novice; it’s all about camaraderie and zaniness at Ragnar. What else do you expect when a dozen friends come together and spend more than 24 hours in a van?

What about sleep? Sorry, that’s not on the agenda. You might get a little shut-eye as the other van completes a set of its runs, but unless you’re Rip Van Winkle, it won’t be anything substantial. Which means your zombie-like state will make your final leg even more challenging.

First time at a Ragnar? Here’s how to talk like a pro:

Kills: The name sounds a bit sinister, but it simply refers to when you pass a fellow runner on the course.

Chicked: When a girl tallies a kill against a guy.

Duded: When a guy passes a girl.

Tagged: Other teams will tag your van, or deface it with stickers or washable markers, when you’re least suspecting it. So beware. 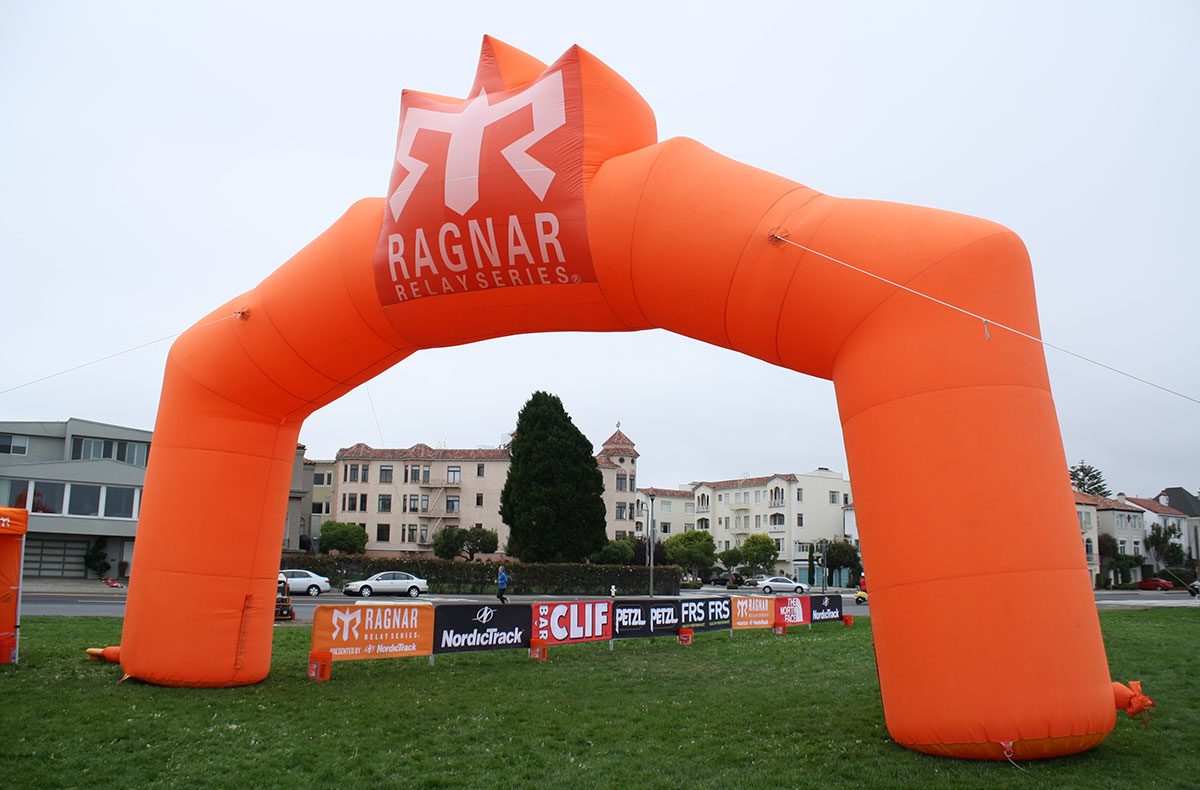 Ragnar’s signature orange inflatable post signals the start of a race.Photo by Nila Do Simon 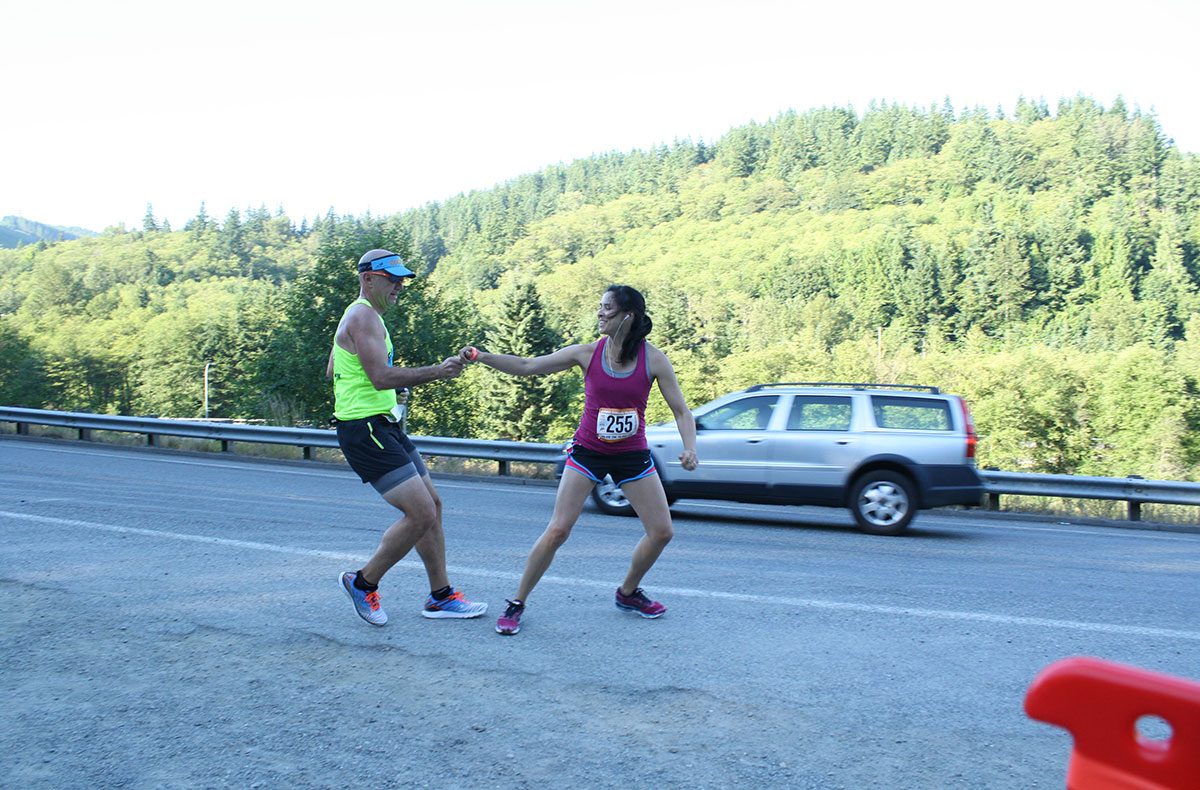 Teammates pass each other the baton, or in this case an official Ragnar slap-on bracelet, to signify an exchange.Photo by Nila Do Simon 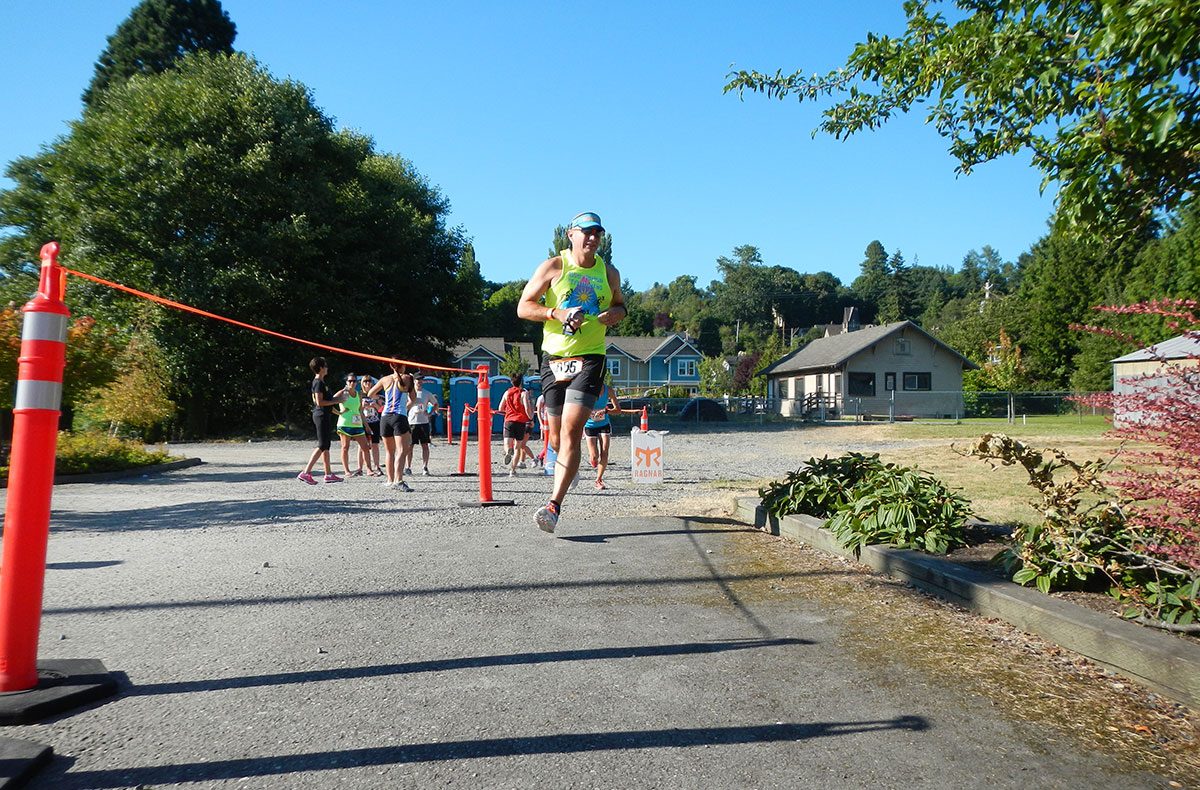 Ragnar is celebrating its 10-year anniversary.Photo by Aaron Miller 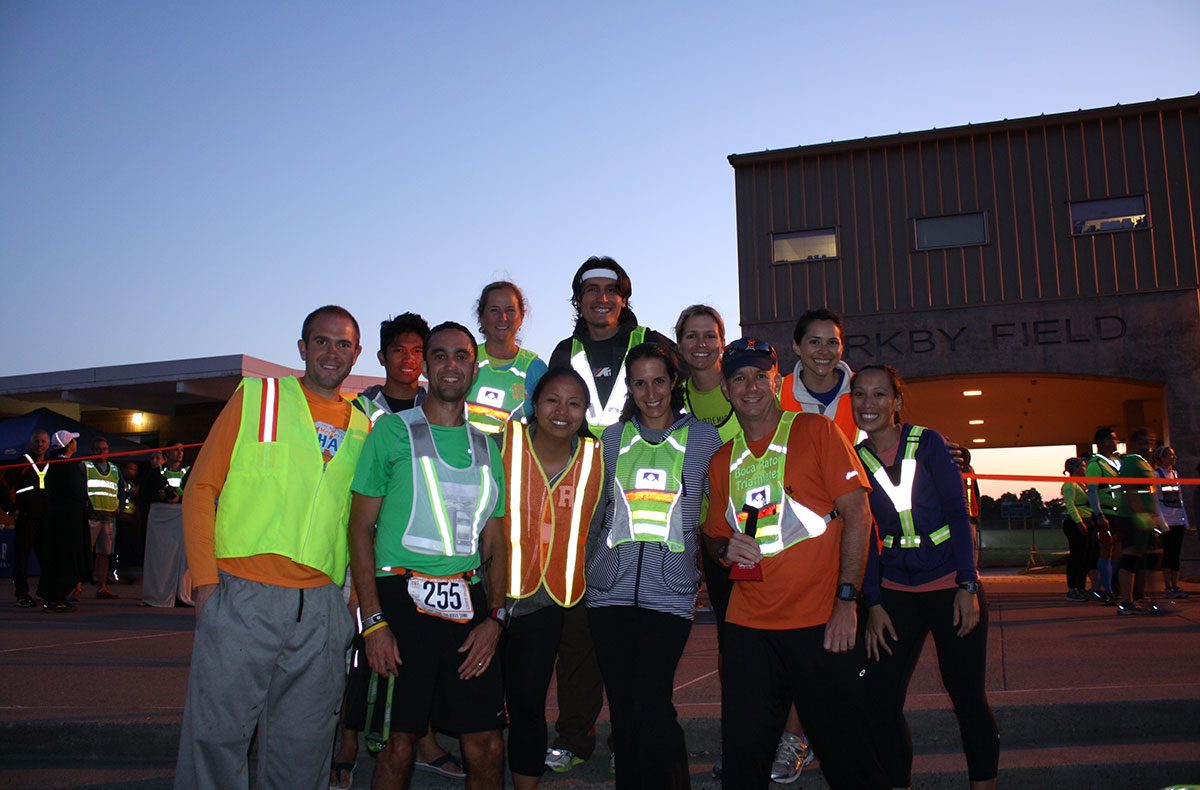 Each teammate will have at least one nighttime run, which requires wearing reflective vests for safety concerns.Photo by Nila Do Simon 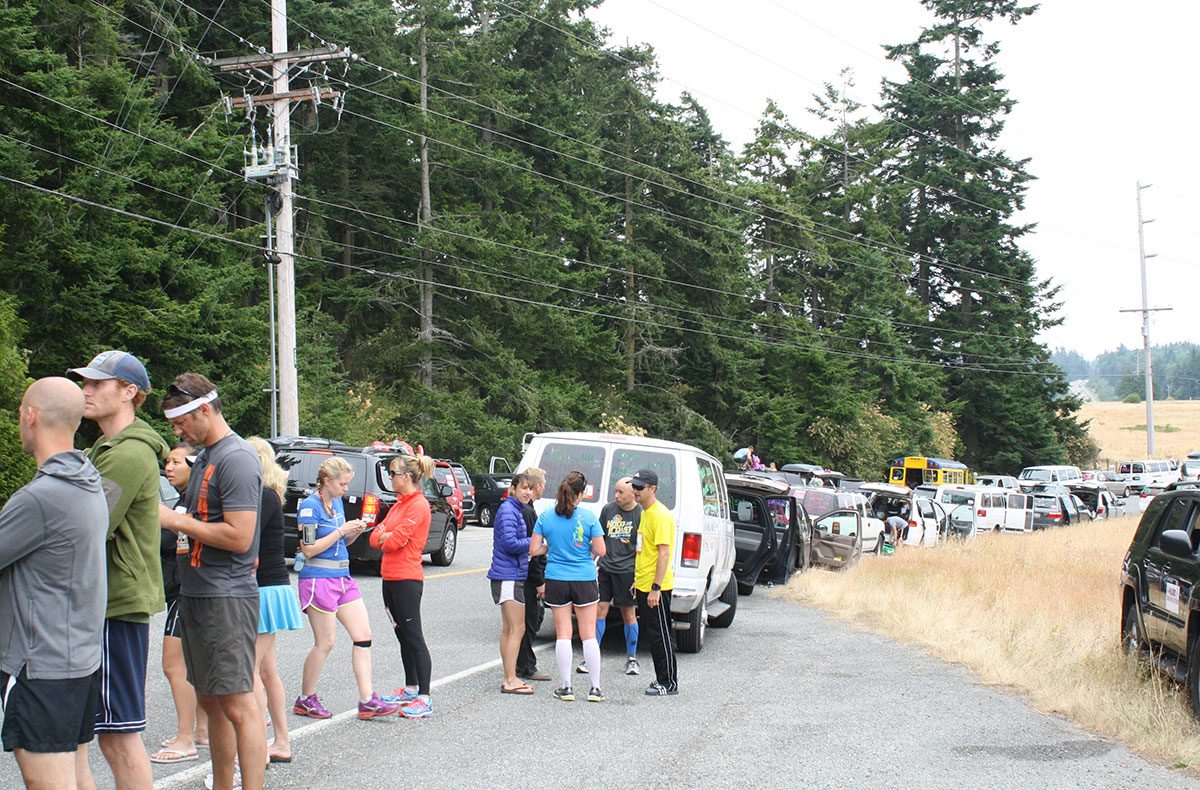 Nearly 1,200 vans are expected to line the Cape Cod streets, as it did at last year’s Northwest Passage series.Photo by Nila Do Simon 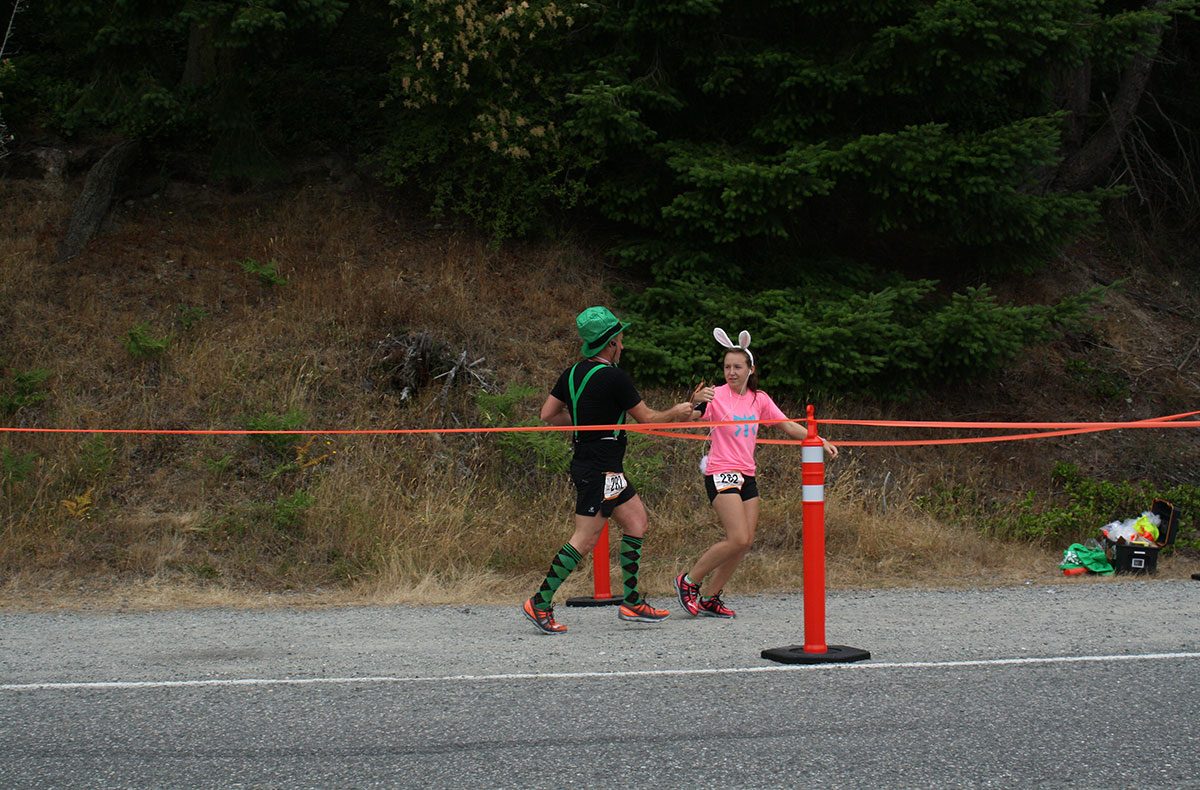 Expect zaniness at Ragnar. Where else can you find a leprechaun handing off the baton to a bunny?Photo by Nila Do Simon 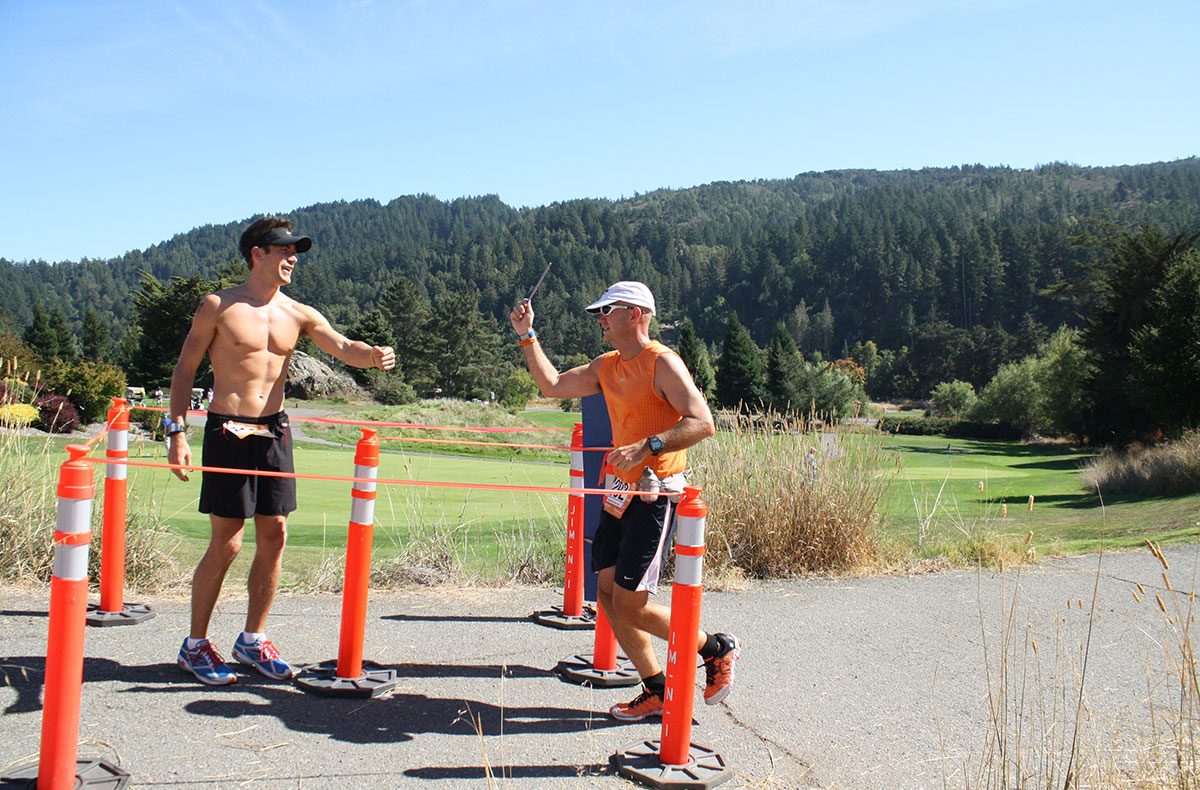 Exchanging the official Ragnar slap-on bracelet, like here at the Napa Valley series.Photo by Nila Do Simon 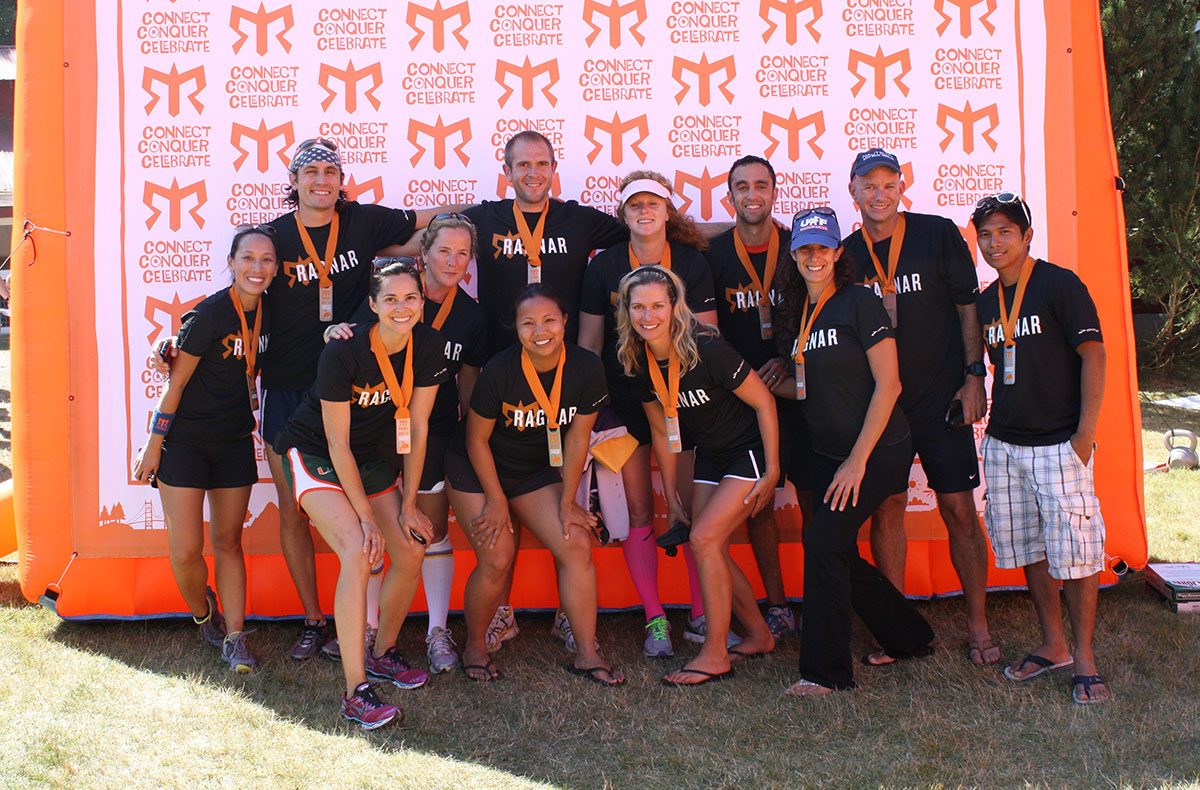 There’s no better feeling than crossing the finish line as a team.Photo by Nila Do Simon 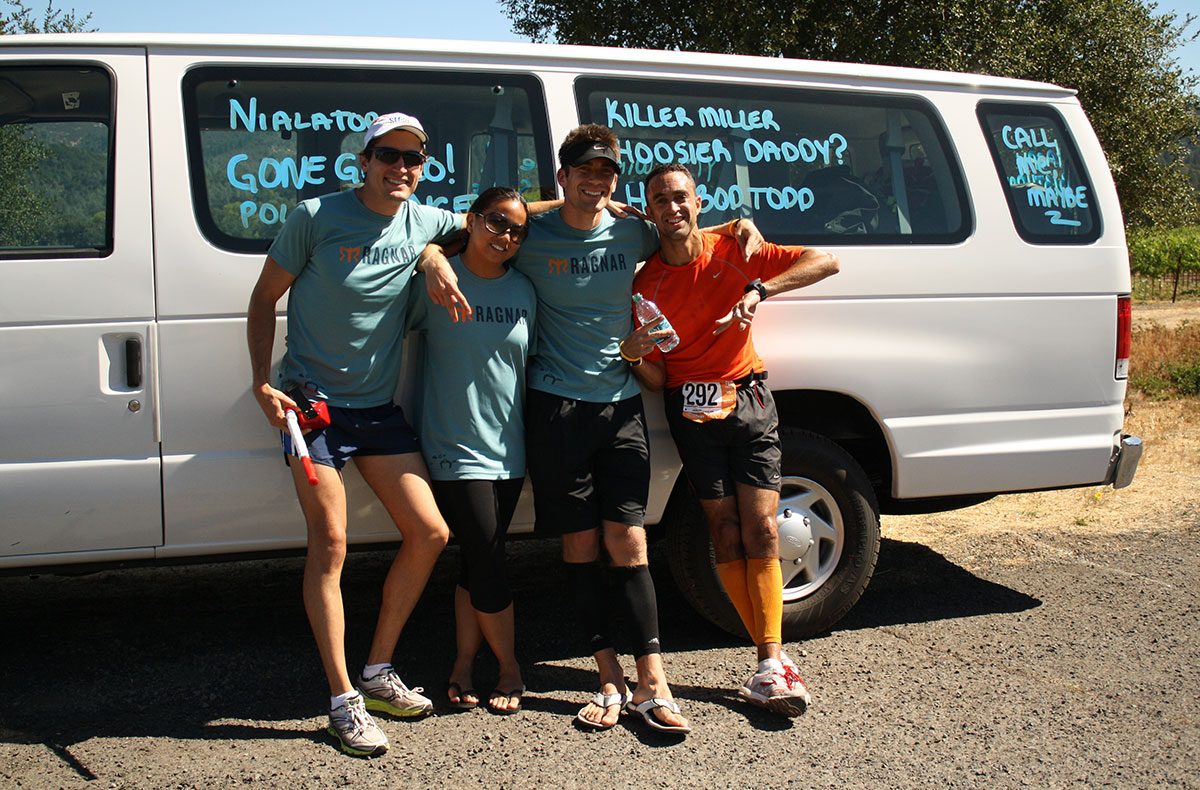 A rented van becomes a 24-hour home for most Ragnarians. Photo by Nila Do Simon