This Is How Massachusetts Burns Its Calories, According to Twitter

A study from UVM analyzed tweets to determine how states gain and burn calories. 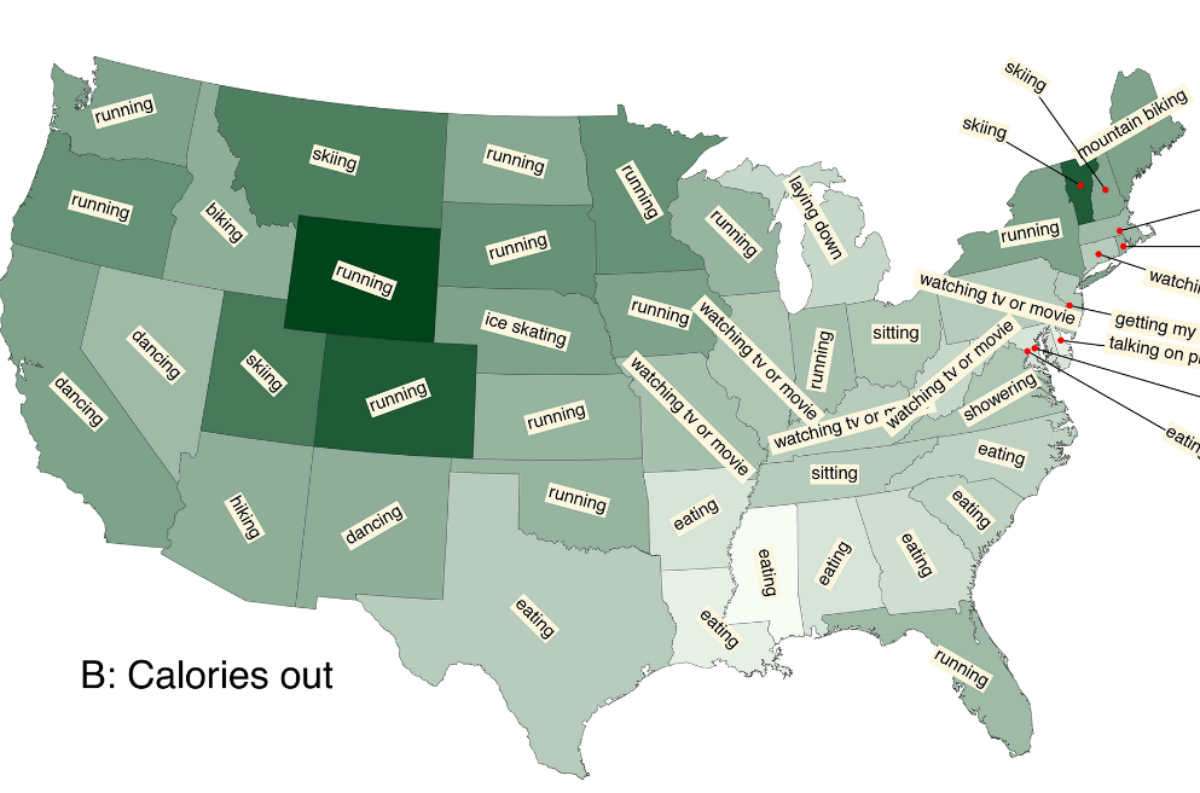 Photo courtesy of PLOS One

Time and time again, Massachusetts is praised for being a healthy state—but does our behavior match that title?

According to a study out of the University of Vermont, the answer seems to be yes.

The study used a “Lexicocalorimeter” to assess the ratio between calories consumed and burned by residents of each of the 48 contiguous states, plus Washington, D.C. It gathered this data based on what residents tweeted about between 2011 and 2012.

“It’s a bit like having a satellite image of how people in a state or city are eating and exercising,” Peter Dodds, a co-leader of the study, said in a statement.

In Massachusetts, the balance between calories consumed and burned puts us around the middle of the pack. We’re more likely than average to tweet about walking—which makes sense, given the average Bostonian walks about four miles a day. As for the food we tweeted about more than other states? Well, it’s only logical that the Bay State loves to post about eating lobster.

The Lexicocalorimeter uses algorithms to single out tweets in which a food or activity is mentioned. These can include anything from butter to tomatoes to peanut butter, and running to dancing to lying down. (Looking at you on that last one, Michigan.) It then uses fixed estimates to determine the difference between the calories in those foods and calories burned by those activities.

Vermont, Colorado, and Wyoming lead the pack in tweeting about calorie-burning activities—namely skiing and running—while Mississippians often tweet about eating.

South Dakotans gorged themselves tweeting about high calorie foods, such as bacon, while people from Maine and Colorado, states with relatively low calorie counts, tweeted frequently about lobster and noodles, respectively.

This study must be taken with a grain of salt, as many of the listed activities—such as showering, eating, sitting, watching TV, getting your nails done, and lying down—can’t really be counted as exercise. The researchers also note in the study that people may not always tweet about what they’re up to, and that phrases like “running,” can have multiple meanings—you can be running late for work, running in the park, or running up your credit card bill.

Further, even if a state loves to tweet about something unhealthy, it doesn’t mean it’s all they tweet about or all they do. For example, even though Mississippians tend to tweet about cake, cookies, and sausage, they also post about bananas, peaches, and pineapples.

Still, it can be fun to see what states are tweeting about. Is anyone really surprised that we’re seafood fans who walk a lot? 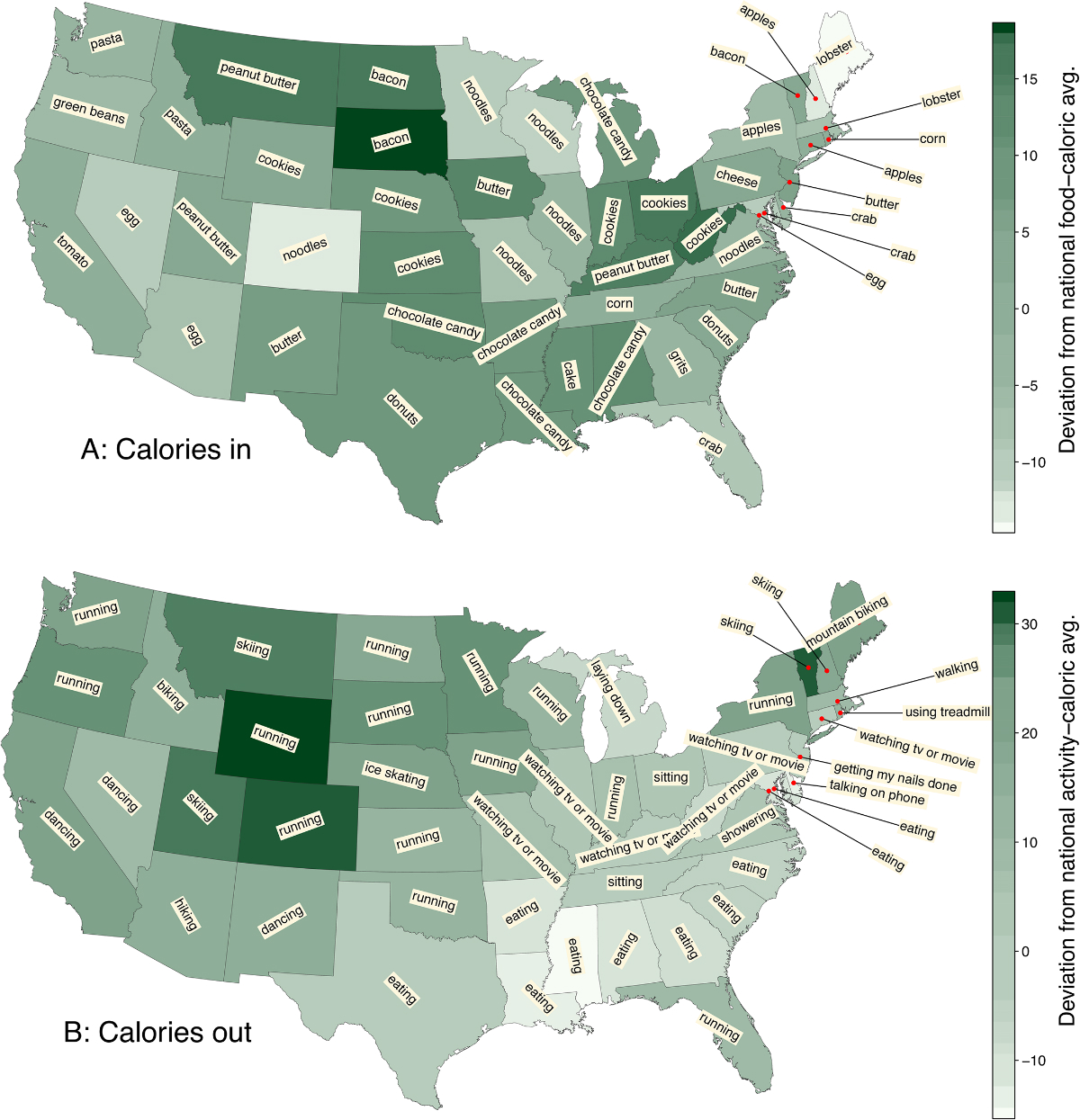