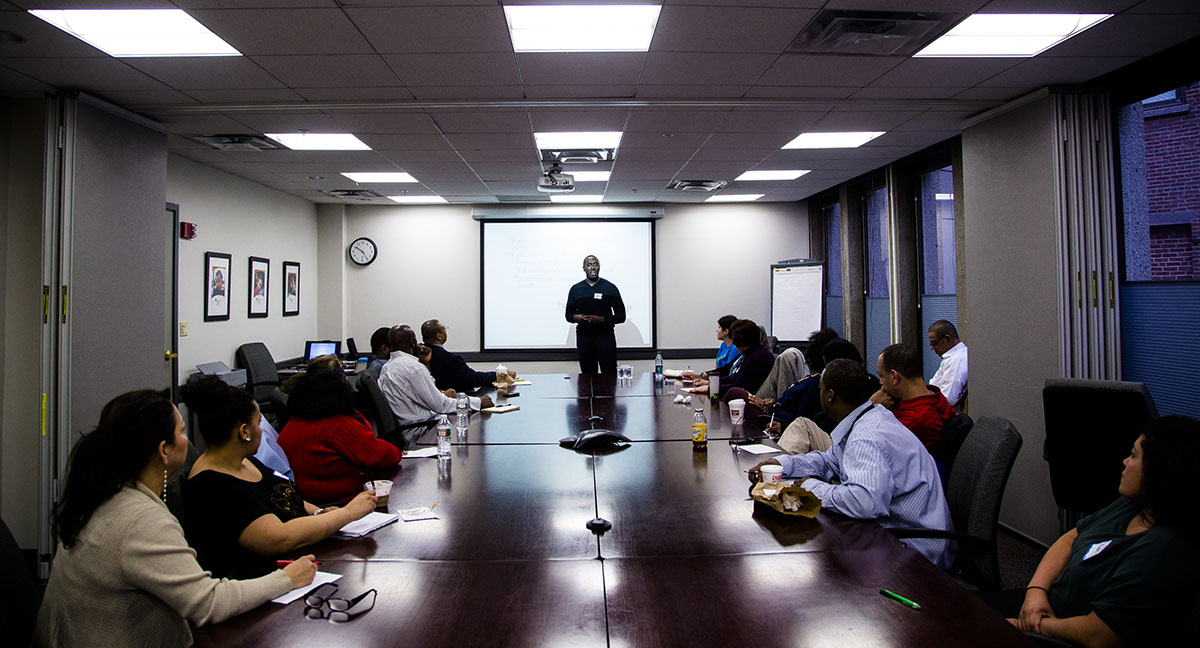 For his entire life, Charles Daniels Jr. has been shaped by the absence of his father—first personally, then professionally.

Daniels, a social worker and a father himself, runs a unique clinic called Fathers’ Uplift. Through fatherhood-specific support, including mental healthcare, family counseling, and life skills development, the Roxbury nonprofit hopes to stamp out paternal absenteeism and bring families together.

“I wanted to give people what my father didn’t have, which is a partner,” Daniels says. “How can we improve relationships, and also the father’s well-being and health, for the sake of the child?”

While Daniels now acknowledges his father’s emotional burden and the difficulty of his situation—Charles was born outside of his father’s marriage—watching his mother struggle with single parenthood took its toll. Daniels says he even considered suicide.

“Much of the stuff that almost took me to the window to end my life was connected to my father—feelings of worthlessness and inadequacy,” he says. “It really interfered with my ability to trust others, to be in a relationship with others.”

It’s that raw personal experience that drives Daniels, giving him the motivation to run Fathers’ Uplift and pen a new book titled Pre-Father Care: Prenatal Care for Fathers. His mission, he says, is to address the myriad, oft-ignored obstacles—whether emotional, financial, or environmental—that prevent men from becoming good fathers, and from caring for themselves.

“The part that we forget is sometimes there is mental stress that parents are impacted with,” he says. “If we can alleviate those symptoms, we can support [men] naturally with becoming a better parent. If we can teach a man to parent himself, he will be able to parent his child.”

Daniels believes Fathers’ Uplift to be the state and country’s first outpatient mental health center specifically for fathers and families. The clinic, which recently began accepting insurance, offers a slew of mental and therapeutic supports for men, many of whom are referred by the Department of Children and Families, area hospitals, and substance abuse treatment centers.

“I don’t think that addressing parenting issues is the solution,” he says. “We have to really go beneath that. How can we support this father from a mental health level?”

Offering that kind of support, Daniels says, may make all the difference for men who would otherwise follow in his father’s footsteps.

“I believe if my father had an organization like us,” he says, “it would have supported him with being engaged.”