Wondering What Your Symptoms Mean? There’s an App for That

Buoy Health is an AI system that can diagnose you without a trip to the doctor. 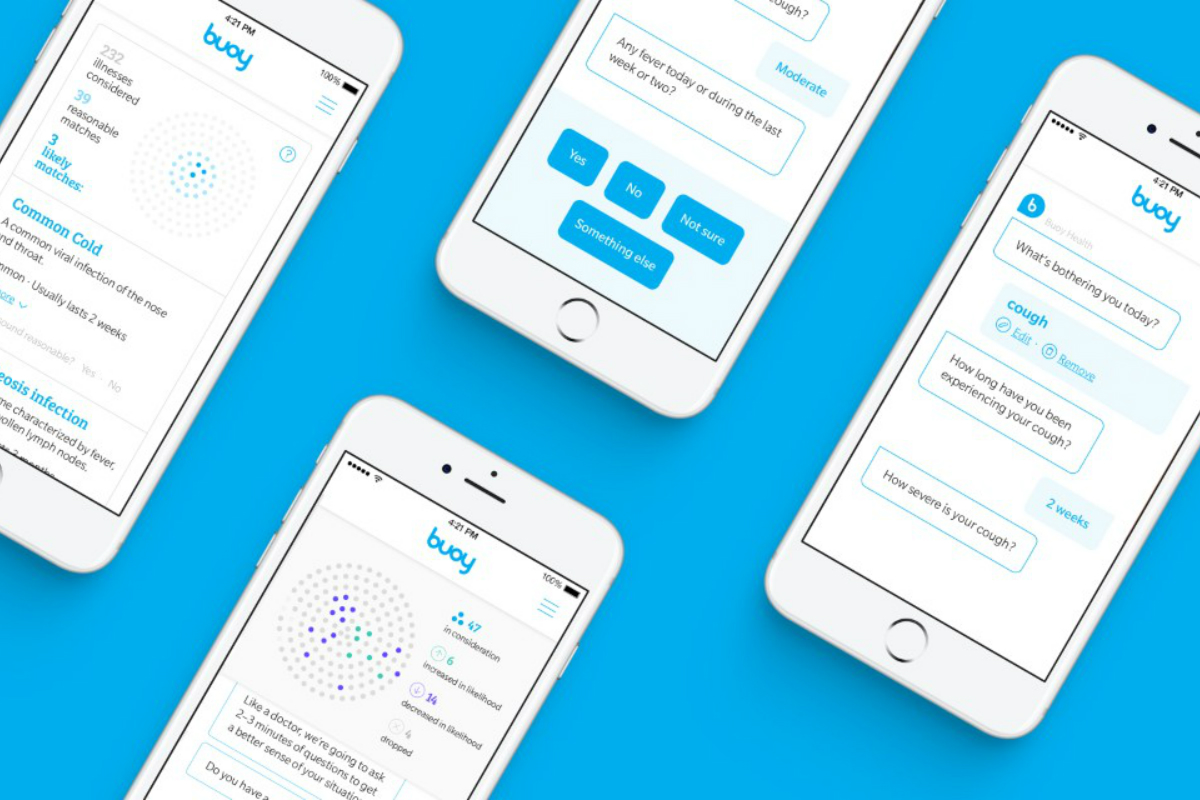 If the black hole of Internet symptom searching has ever led you to a cancer diagnosis, you know how terrifying the world of online “medicine” can be. A new app is out to fix that.

Buoy Health, which launched in the App Store and online Wednesday, was created by doctors from Harvard Medical School, after founder and CEO Andrew Le realized how many patients were Googling symptoms and incorrectly self-diagnosing.

Back in 2013, Le was in his last rotation in the ER at Massachusetts General Hospital, and only three months from graduating. He took a sabbatical anyway, and started working with a team of students and doctors to build an AI program that replicates an exchange one might have with a physician.

Buoy works like 20 Questions, but for medical diagnoses. The system asks roughly 20 questions, and with each answer, it re-ranks the 30,000 queries in its question bank from most to least important. After a few minutes of inquiries, Buoy spits out a potential diagnosis, and steps you should take next.

In a quality control trial last year, Le’s team had 500 patients in the waiting room of a local hospital use Buoy before they talked to a doctor. More than 90 percent of the time, they came up with the same diagnosis.

A lot of code lives behind the user-friendly interface. Le’s team read 18,000 clinical papers that involved 5 million patients and input all the relevant data by hand. They also combed through online forums to study how people talk about their symptoms.

All of that data lets Buoy suggest one of 1,600 different diagnoses—but there are a few conditions the app will never choose on the spot.

“We would never tell you you have cancer,” Le says, adding that doctors order rigorous testing before handing out that diagnosis. “To tell a patient they have cancer when they don’t is detrimental. Even if we think there is something wrong, we send a message to a patient in a way that empowers them, rather than scares them.”

“We are a computer program. We can’t do imaging or a blood test,” Le says. “But we can make that first step a correct one.”

As for the name? Le says it’s in line with the company’s vision. Buoys keep things afloat, and help guide ships away from danger.

“The goal [of Buoy],” Le says, “is to replace the act of Googling your symptoms and inappropriate self triaging and diagnosing yourself.”