BMC May Someday Be Able to “Brew” New Blood for Patients

The technique could eliminate the need for blood donors. 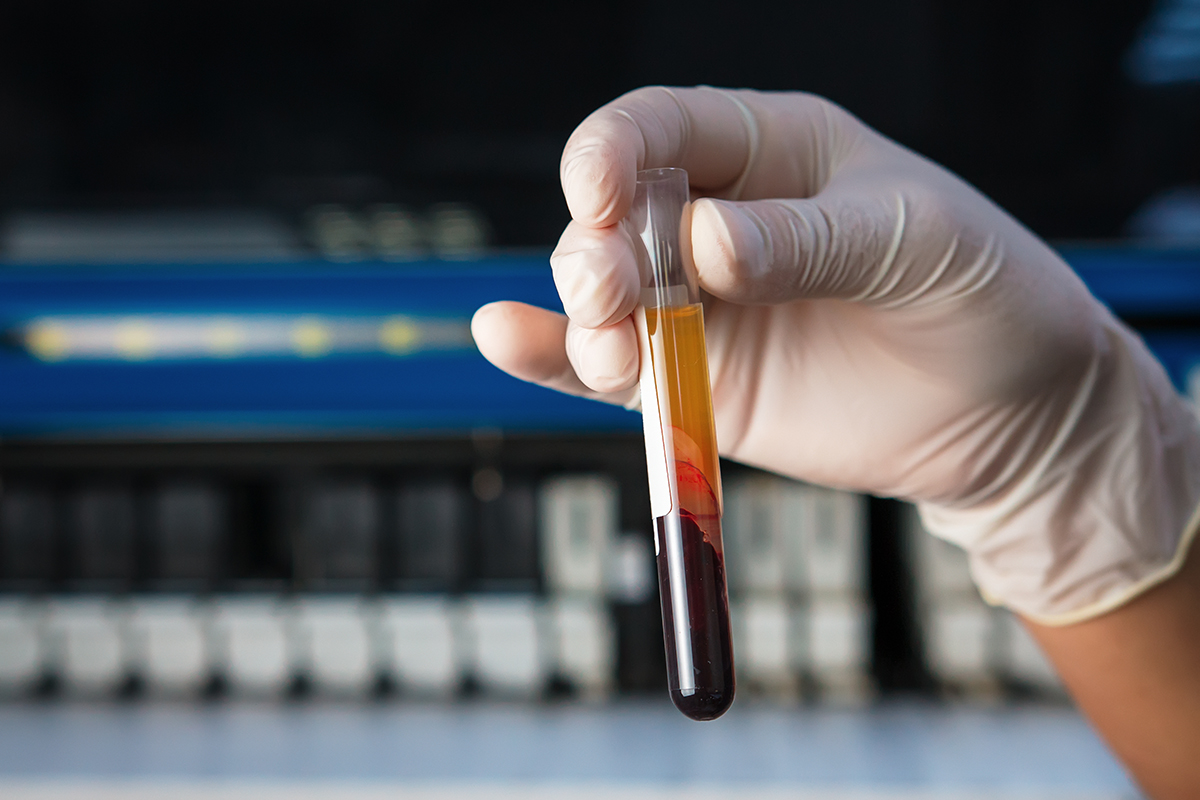 If there’s one thing hospitals can’t get enough of, it’s blood. Within the past few months, Massachusetts General Hospital, Boston Children’s Hospital, and Dana-Farber Cancer Institute have all announced blood shortages, and called on donors to help.

Murphy, who is a cofounder of the Center for Regenerative Medicine (CReM) at Boston Medical Center and Boston University, is working on a procedure that would let him “brew” blood for patients, effectively cutting out the need for a donor and ensuring a perfect, customized sample every time.

“You can potentially obviate issues related to contamination or supply,” Murphy says. “In theory, you could actually make an infinite supply.”

The CReM’s technique—which is still years away from clinical use—would start with taking a teaspoon-sized blood sample from a patient. From there, scientists would use a virus to deliver four specific genes to the blood cells.

“About a month later, your blood cell will turn into a cell [an induced pluripotent stem cell, or iPSC] that is very much like an embryonic stem cell,” Murphy explains. Once the cells reach that state, they can be programmed to grow into any type of tissue found in the body—in this case, red blood cells and platelets.

“It has gone from being this finite blood cell to being this immortal stem cell line that can actually be grown in that undifferentiated state forever,” Murphy explains.

Murphy says the technique, first reported by CBS Boston, may hit the scene “sooner than you think,” but it still needs to go through high-level vetting and rigorous clinical trials. There are also issues of scale, as the cost and labor associated with brewing a blood sample dwarf that of simply collecting blood from a donor, at least for now.

Still, Murphy says the work is worth it. If the CReM accomplishes its “Apollo missions,” as Murphy calls them, blood donations could become obsolete—which would have an even larger impact in the developing world than in the United States—and scientists could grow iPSC-derived organs in the laboratory.

All of that, Murphy says, likely starts with making blood.

“There’s less genetic material in these cells, so if you then transfuse these into a patient, there’s probably less risk of something going wrong,” he says. “My own personal opinion is that blood, because it’s elegant in its simplicity, might be the best candidate for the first human trials for iPSC-derived cells being put into humans.”