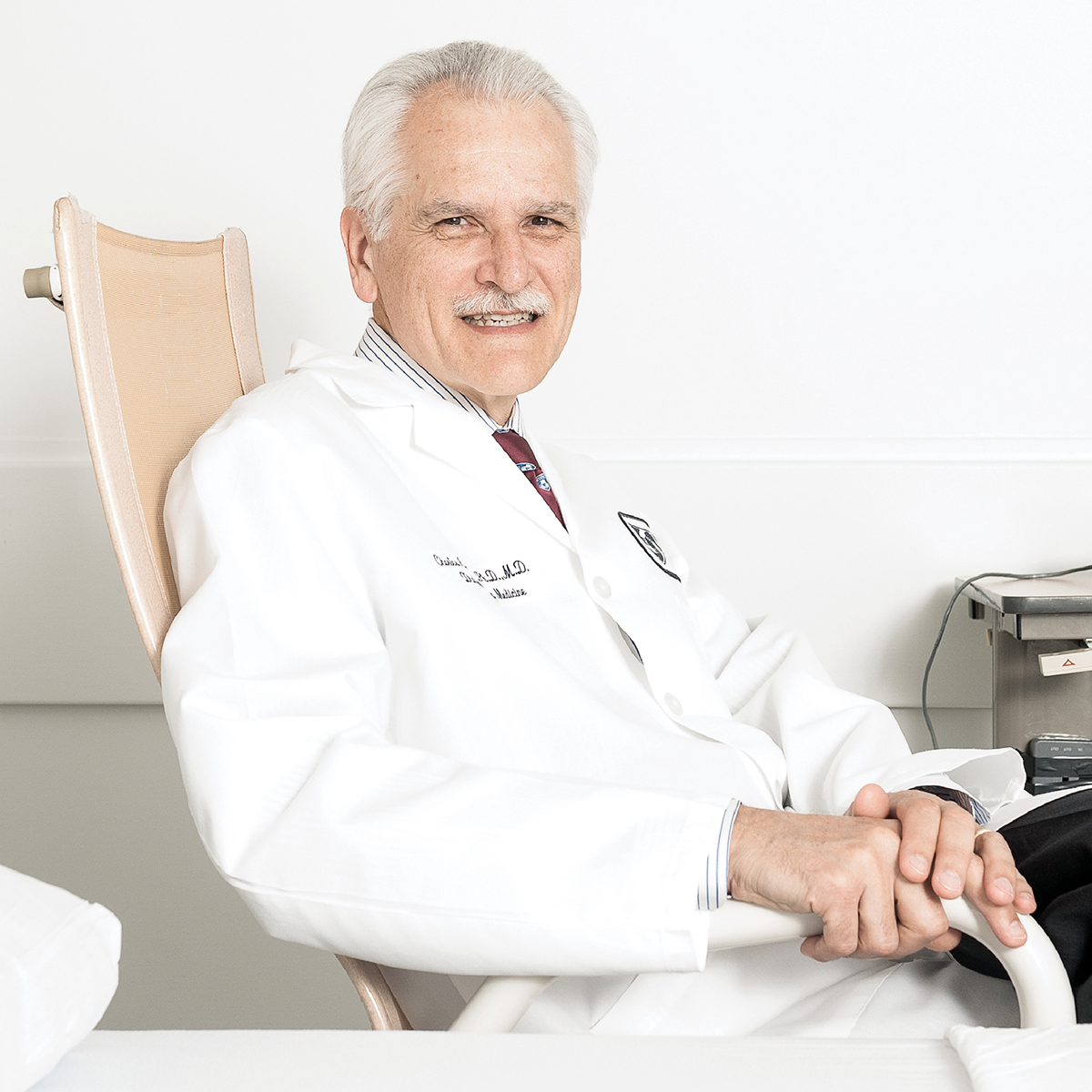 To say that Charles Czeisler is worried about what’s going on in your bedroom is an understatement. The Brigham and Women’s Hospital physician, who’s spent a lifetime studying how we snooze, knows that neglecting shuteye is easier than ever in the age of Netflix and predawn sprints to catch the school bus. The simple fact, though, is that good sleep leads to good health, and you and your kids aren’t getting enough of it. Now some encouraging news: There is a fix—but it might not be what you had in mind. As Czeisler explains, sleeping better isn’t about having a firmer mattress or a quieter bedroom (though those things can help). It’s about rethinking how modern society functions. And a good place to start, he says, is with our city’s public schools.

The Boston School Committee wants to launch a pilot program that would push back the start time of high school. Do we make kids get up too early for school?

Yes, and it’s very damaging at a critical stage of their development. How we got to this point is rather bizarre because professor Lewis Terman at Stanford recognized this in 1910, so this is not new. Back then, school in the United States did not start until 9 in the morning; schools in England and Germany were starting at 7 and 7:30. And when Terman compared them, he found that the Europeans were sleeping one to two hours less per night than students were in the United States. I almost fell over when I first read him saying that we must never adopt in the United States the schedules that they have in England and in Germany, because our schoolchildren will not get the sleep they need when they are trying to learn. I was blown away by this.

So how did it get to the point where some kids have to get up before 6 a.m. to get to the bus stop?

School start times slowly moved earlier in tiny increments, 5 to 10 minutes at a time, without anyone taking stock or making any national decision about this. Now it’s starting at 7:15 or 7:20, and many times there are activities before school even begins. We’re telling the kids how important it is to get sleep, but then waking them up at 5.

But does it actually matter? Teenagers are young and healthy, right?

Under the current system, it’s impossible for them to get the sleep that they need. They’re going to be chronically sleep-deprived, and we know sleep deprivation adversely effects learning. We set aside a decade for them to get the education that they need, and then we put a bowling ball around their legs so they can’t achieve what they could be achieving. In fact, a headmaster in Britain did a trial. They started school at 10 in the morning. He said that in his 30 years of working in the education system in Britain, no intervention had as dramatic and positive an impact on the A-level exams than changing school start times, because people are alert in class and can pay attention and learn. Besides that, kids who aren’t getting enough sleep are at greater risk of depression and suicide. Schools that have a later start time have about a 50 percent reduction in motor-vehicle crashes because sleep deprivation plays such a huge role. It also adversely effects the immune system, so kids are at a greater risk of getting sick.

What’s a good place to start when it comes to getting better sleep?

Identify “sleep stealers” in your environment. Sometimes it can be a pet. I had one person describe their pet as a jumping bean—jumping in and out of the bed and disturbing their sleep. Why are you sleeping with this animal? That can actually impair your health by so profoundly disturbing your sleep. But the thought of not having the animal in bed is a nonstarter for many people. And then there are the electronics. People will say, “I wake up, go to the bathroom, and check my phone.” That’s a disaster from the get-go. Before you know it, you send out a couple of tweets, and it’s the morning. It’s very disturbing. That’s why the electronics should really not be in the bedroom.

Are electronics banned in your bedroom?

They’re downstairs in another room charging, just like we are. They should be in a separate room of the house or locked in a cabinet.

Governor Charlie Baker approved a task force to study whether we should do away with springing ahead and falling back. If you could get rid of daylight-saving time, would you?

Yes. The heart-attack rate goes up about 5 percent every time we spring ahead and lose an hour. We know that chronic sleep deficiency has an impact on the cardiovascular system, but the fact that the heart-attack rate goes up in the spring when we set our clocks ahead indicates that there’s also an acute impact. Motor-vehicle crashes also go up by about 17 percent after we spring ahead. So you can actually calculate how many people annually are affected by this procedure. As far as I can see, there’s no justification for it.

If you were tasked with designing the perfect bedroom for sleep, what would it look like? Would you paint the walls black and have a California king?

I wouldn’t have it in a cave because the light-dark cycle helps to synchronize your circadian rhythm. It’s very important that it be quiet because disturbances and noise can obviously interrupt sleep. You should be able to regulate the temperature, because if you’re not in a thermo-neutral environment, it will impair your ability to go into rapid-eye-movement sleep, which is the sleep stage associated with vivid dreaming. So you don’t want it to be stuffy and you want there to be air circulation. You should have a comfortable sleep surface. And in terms of a light, you want it to be completely dark at night. But if you do have to get up to go to the bathroom, you would ideally have motion-sensor path lighting. You don’t want to have to turn on bright lights; you want lighting close to the ground that’s a warm color. And a really high-end bedroom would have shades that open in association with dawn, as the light comes in.