It's the work of Ermont dispensary and Fazenda Coffee Roasters. 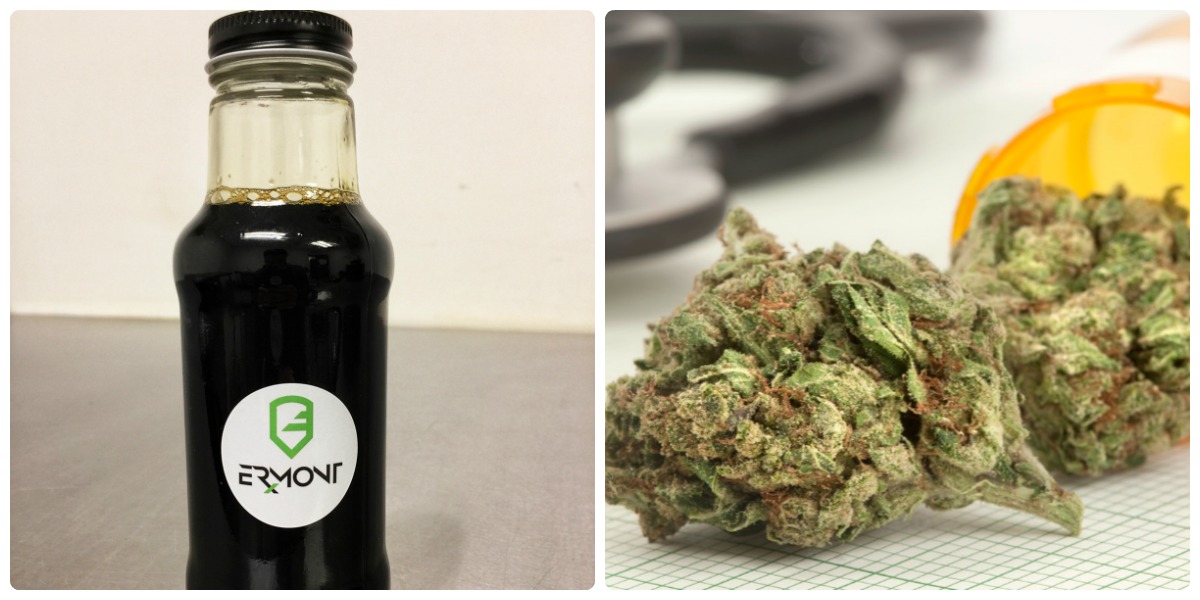 If you ask anyone who suffers from caffeine withdrawal, they’ll tell you coffee is already a form of medication. But now, two local companies are taking it to the next level.

Ermont, a Quincy-based medical marijuana operation, is adding a new product to its dispensary shelves this week: bottled cold brew coffee infused with 25 milligrams of THC, the cannabinoid, or chemical, that gives marijuana its psychoactive properties.

“For a long time I’ve been an avid cold brew coffee drinker myself,” says Seth Yaffe, Ermont’s operations manager. “I always really thought that it’d be a great way for patients to wake up in the morning and be able to take their medication by doing something that they normally would, like drinking a cup of coffee.”

Yaffe knows what he’s talking about. Not only is he a medical marijuana user himself, relying on it to treat chronic migraines and insomnia, but he’s the former director of operations for the Gallows Group, which runs the Gallows, Blackbird Doughnuts, and Banyan Bar and Refuge.

“Liquid is a really good delivery method for the cannabinoids,” Yaffe explains. “You start feeling a reaction a little bit quicker.”

Actually making a cannabis-infused beverage, however, is more difficult than it sounds. As of now, Ermont, which also makes marijuana lemonade, is the only Massachusetts dispensary to have Department of Public Health (DPH) approval for a drink, thanks to edibles expert Adam Gendreau, who found a way to extract cannabis and disperse it evenly within a shelf-stable liquid.

After receiving positive lab results last week, Ermont is in the process of packaging and shelving the cold brew. Like all of the dispensary’s products, it can only be purchased by those with a DPH-issued medical marijuana patient or caregiver card.

And while cannabis cold brew may sound trendy, Yaffe says it could have a major impact on patients’ lives.

“It’s a very discreet way to take medication,” he says. “A lot of times patients feel as though cannabis can be seen still as a bad or negative thing, so being able to provide them with things that can go along with their daily routine is something that we’re really excited about.”