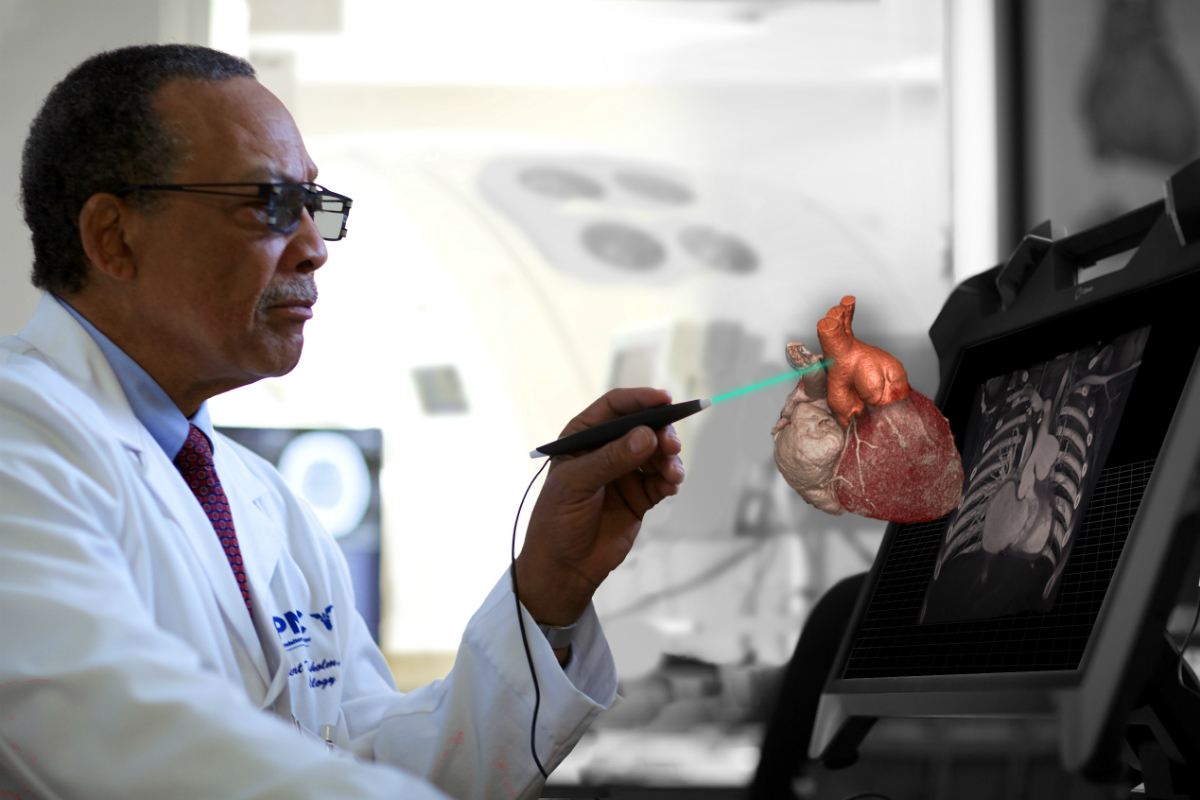 Instead of studying an X-ray, imagine if doctors could look at a 3D replica of your colon, brain, or heart.

California-based EchoPixel has made that a reality for 16 clinical sites across the United States, including Burlington’s Lahey Hospital and Medical Center and Brigham and Women’s Hospital.

The system uses virtual reality technology and glasses like those used to watch a 3D movie to allow doctors to view the part of the body they’ll be treating. Lahey Hospital has two units—one for treating aneurysms or other issues affecting blood vessels, and one for neurosurgery and assistance with surgical approaches.

Sup Choi, an interventional radiologist at Lahey, can manipulate the display to see exactly where his team will be operating, and get a better sense of the measurements and dimensions of an aneurysm.

“We can measure the exact size and location and relationship [of the aneurysm] with the normal blood vessels, and then we can have a better and accurate measurement,” Choi explains.

EchoPixel was originally developed to model the colon and heart, but the company approached Choi about using it in his department about a year ago.

“It’s good for any part of the body,” Choi says, because the system simply gives doctors another way to look at data garnered from tests including magnetic resonance angiograms (MRAs), CT scans, and 3D angiograms. EchoPixel’s user-friendly system also allows doctors to use a stylus and glasses to manipulate the holographic body part, and even perform incisions to help determine how to best execute a surgery.

While this system has already given doctors a new way of looking at the anatomy, Choi hopes the technology will eventually allow physicians to 3D-print an exact replica of a body part.

“We are still in the developing stage. We have basic image processing, but eventually what we would like to do is make it 3D printing,” he says. “Three-dimensional printing makes an exact duplicate of the blood vessels and aneurysm or malformations, and then we can play beforehand in vitro, especially for complex regions. My hope is in the future we can do that.”