Reducing Water Pollution May Start with Your Laundry

The Cora Ball aims to stop clothing microfibers from reaching the ocean. 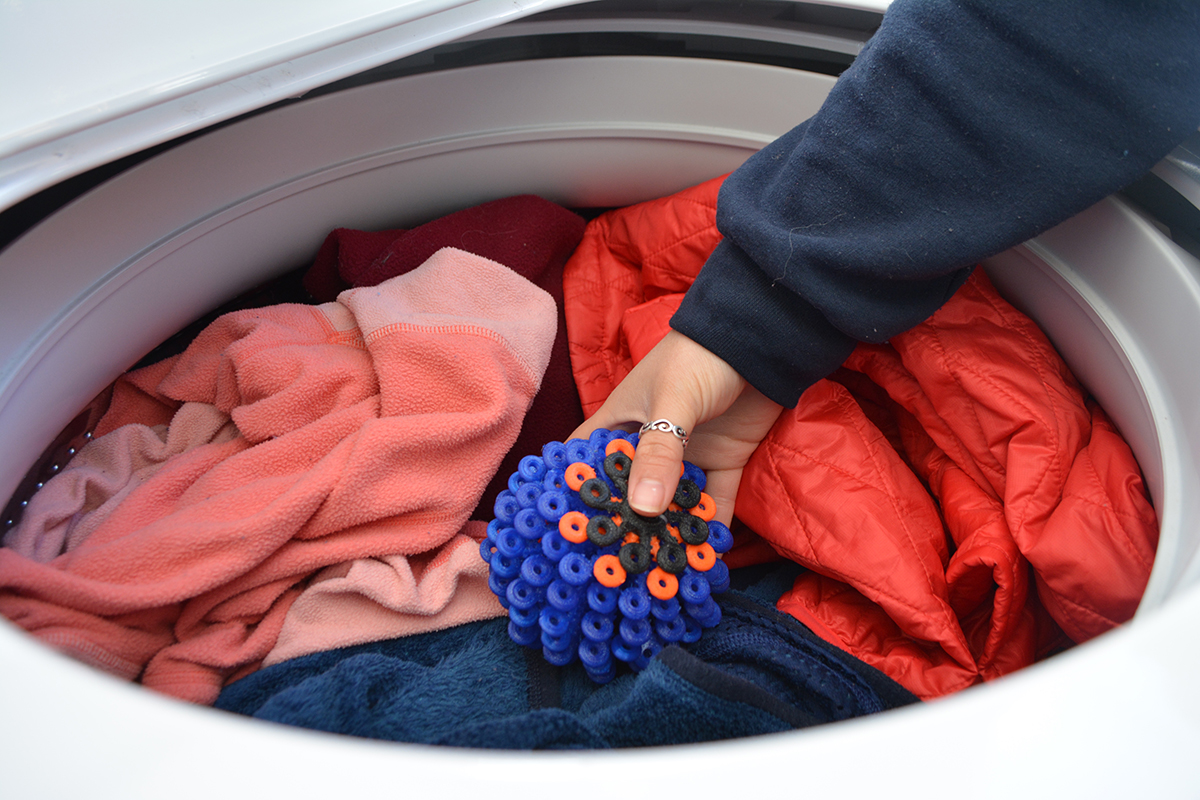 When, last spring, Rozalia Project teased a then-unnamed tool meant to reduce water pollution, the New England-based conservation group was shocked by the immediate, impassioned response from the public. (So was Boston, which first covered the story last May.)

Almost a year later, cofounder Rachael Miller says Rozalia Project is pleasantly shocked again—this time by the outpouring of support it’s gotten now that the product, called the Cora Ball, is making its way to market. The device has already far surpassed its Kickstarter goal of $10,000, raising $130,000 from more than 3,200 backers with weeks to go.

The Cora Ball is meant to catch microfibers: tiny pieces of fabric and synthetic materials that break off your clothes each time you do laundry, flow through your washing machine, and end up in waterways. Curbing the spread of microfibers, Miller says, not only keeps the ocean cleaner, but prevents synthetics from ending up in your next plate of tuna tartare.

“People are excited because they can see how, with a relatively small effort, they can be part of a big impact,” Miller says.

In addition to deciding on a name, Rozalia Project has tinkered with the device’s design since last May. Back then, the prototype had a hard outer shell, with coral-inspired stalks inside that caught microfibers. It worked well, Miller says, but would have been impossible to clean out at home. Instead, consumers would have been forced to ship it back to Rozalia Project when filled, then purchase a new inner—driving up costs and individual efforts, and placing a different kind of strain on the environment.

“It needed to be self-cleanable. And two, we needed to bring the price down,” Miller says. “We feel very strongly that this is a collective action solution, so we needed the most people to be psyched about this as possible.”

Miller hopes the new-and-improved Cora Ball, which costs $20, will inspire that kind of mass reaction. The outer cage is gone, and the ball is now made of soft plastic with moveable pieces, allowing consumers to simply scoop out collected fibers and toss them in the trash. Rozalia is actively looking into ways that waste can be recycled into new products, but the process isn’t quite there yet.

Miller says internal testing shows that the ball catches up to 35 percent of fibers. It’s not perfect, but it’s a marked improvement over a regular load of laundry—and an improvement that grows as more people join the mission, and as clothing and washing machine manufacturers, the water treatment industry, and other corporate partners jump on board.

“Even though it’s just a little bit at a time, saving a couple pinches of fuzz from going out the drain into our public waterways with every laundry load, people can see that adding up, and see how it’s a very inexpensive and low-effort way to be part of a solution,” Miller says.

Check out the project on Kickstarter, here.