Five Tips for Running Your Best Boston Marathon Ever 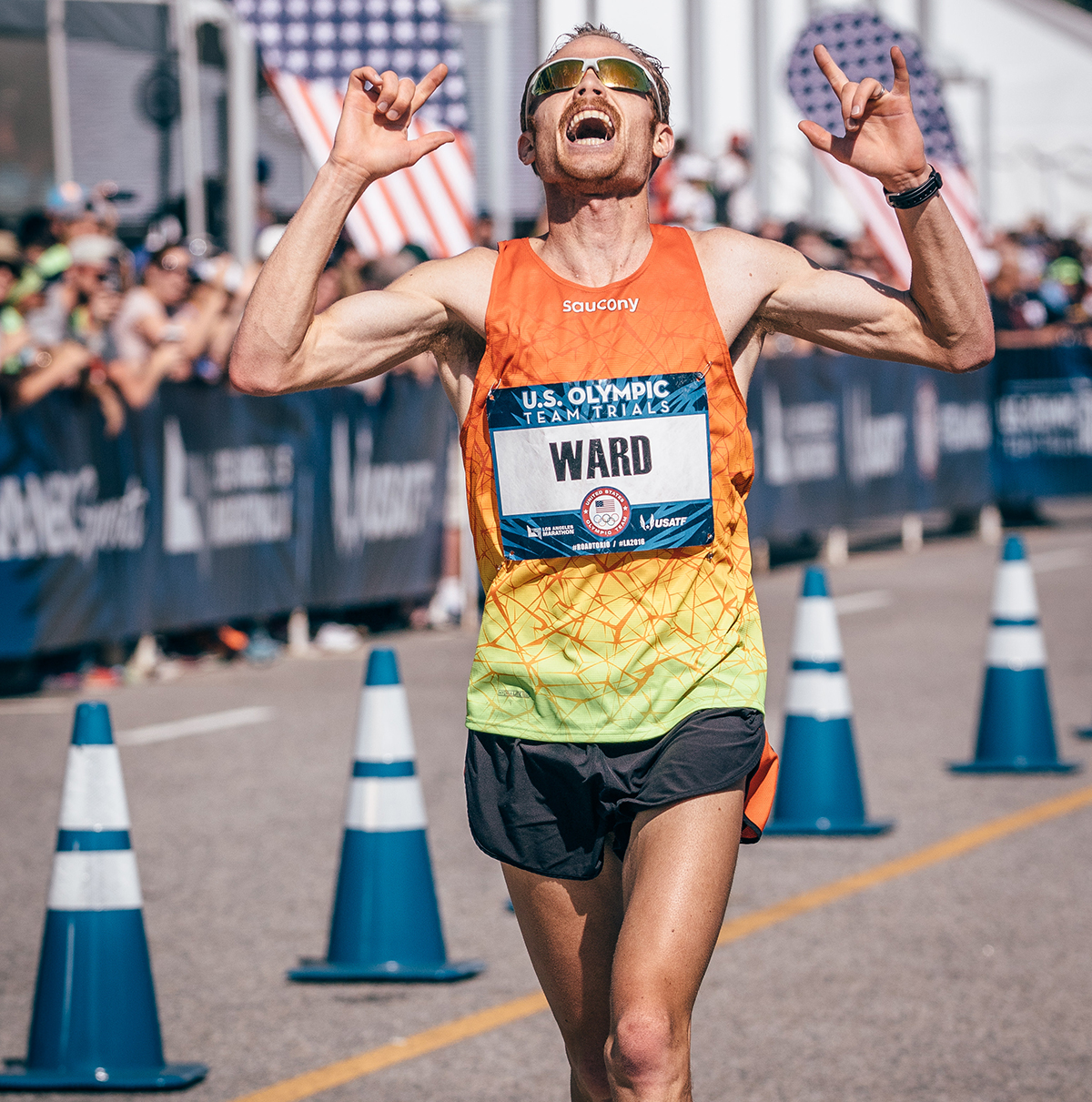 Jared Ward is obsessed with marathons.

For one thing, the Saucony-sponsored athlete is an elite marathoner himself. He placed sixth in the Olympic marathon last year, running a personal best 2:11:30, and won the USA Track and Field Marathon Championships in 2015.

But Ward’s interest is also academic. He wrote his master’s thesis on marathon pacing strategy, and now teaches his findings to students at Utah’s Brigham Young University (BYU). In short: He knows his stuff.

Luckily, you don’t have to enroll at BYU to learn those secrets. Ahead of his 2017 Boston Marathon bid, Ward shared some of his tips for running your best marathon ever.

This sounds intuitive, but Ward says many runners come out of the gate too fast—especially on the Boston Marathon course, where the first 10 kilometers are downhill. “The research that I’ve done showed that runners achieving a Boston qualifying mark were better at maintaining pace than the average participants,” Ward says. “Be conservative with your starting pace. The marathon is a long ways and can beat you up throughout.”

Instead of thinking about the full 26.2 miles stretching before you (panicking yet?), Ward suggests focusing only on immediate tasks—making it through the next mile, say, or cresting Heartbreak Hill. Ward says he’s had surprisingly successful races “by only worrying about what’s right in front of me, and running that portion before worrying about what’s next.”

Eating a hearty but easy-to-digest breakfast, and staying hydrated, will serve you well on race day. Ward says he eats oatmeal, toast with peanut butter, or a bagel three to four hours before start time, then sips a watered-down energy drink. Be sure to take advantage of hydration stations on the course, even if it’s a cool day.

“I call the 20-mile mark halfway,” Ward says. In other words: Be patient and stay strong, even during the difficult final miles. If you’ve been training leading up to Marathon Monday, your body will carry you to the end.

Even an elite runner like Ward has bad days. The key, he says, is in pushing through the tough moments. “For every runner, there are points in the marathon where your body is saying no and the self-doubt starts taking over,” he says. “This is when you need to think positive thoughts and keep putting one foot in front of the other.”