The suicide survivor is running to de-stigmatize mental illness. 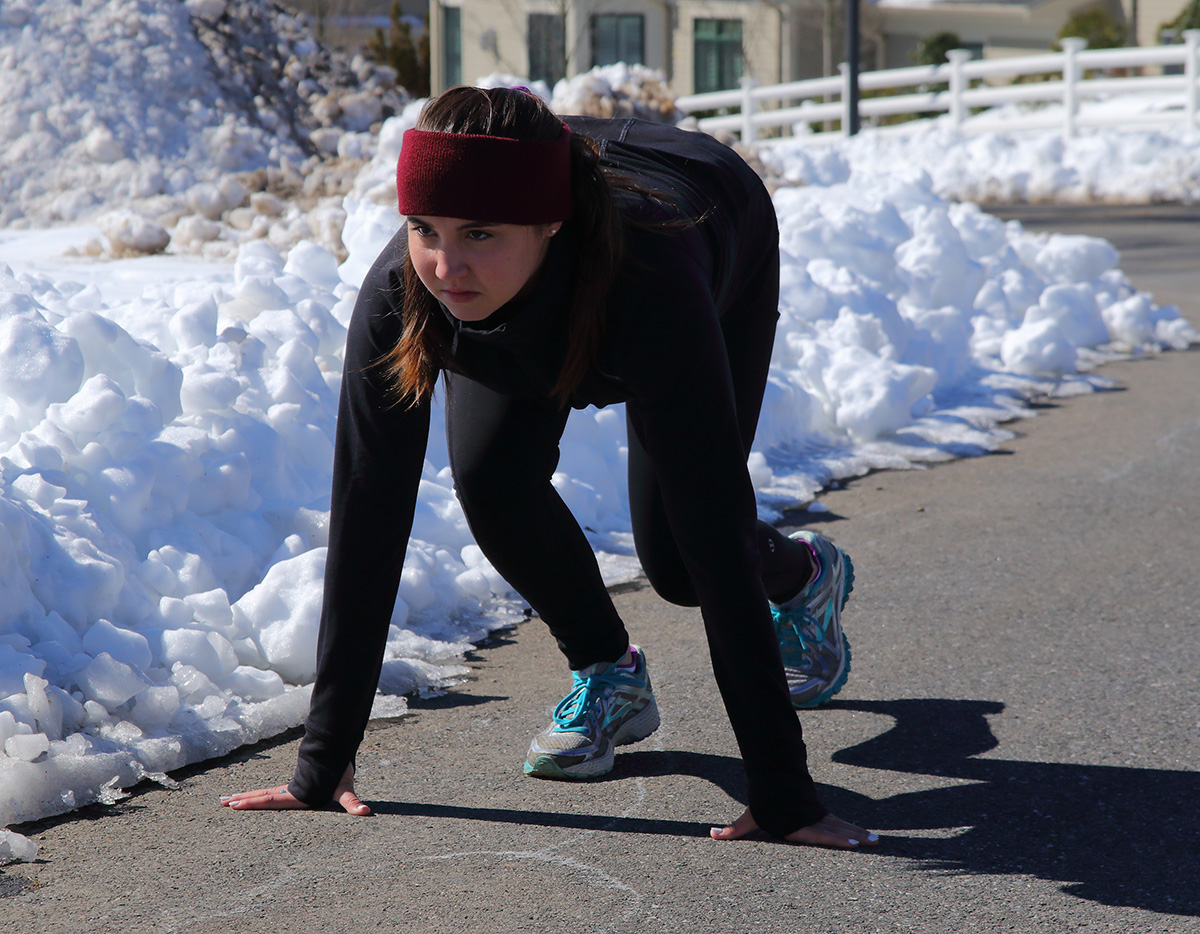 Ana Febres-Cordero began training for the Boston Marathon in January, but her story begins last October.

After years of brushing off depressive thoughts, thinking they were nothing serious, Febres-Cordero attempted suicide in her Dickinson College freshman dorm room last fall. Her friends walked in and got her to a hospital, but something changed that day.

“I got home and one of the first things I wanted to do was post about it on my Instagram,” she remembers. “It was just this gut feeling inside me. I kept telling myself that this isn’t something that I can hide, or that I want to hide, because it’s a part of me now.”

Though Febres-Cordero knew that she wanted to share her story, she didn’t know how—until her father, Rafael, showed her McLean Hospital’s Deconstructing Stigma campaign, an art exhibit that aims to normalize mental illness. It was the perfect fit.

“I just looked at my mom and my dad and I told them, ‘This is it,'” she recalls.

On Monday, Ana and her father will run the Boston Marathon—Ana for the first time, Rafael for the fourth—to raise money for both McLean Hospital and the Deconstructing Stigma campaign. Ana will also appear in the next iteration of the exhibition, to be on display at an as-yet-undecided location.

While the Febres-Corderos are pouring their energy into sharing Ana’s story and smashing stigmas associated with mental illness, training for the marathon has also proved an incredible shared experience.

“The decision that she has made to share her story to help others like her, that is special,” Rafael says. “It’s an act of tremendous courage to do that. It’s a very, very special opportunity, and I’m treasuring every single second.”

Ana, a former high school cross-country runner, adds that training day-in and day-out has been invaluable.

“[Running has] always been something for me to put all my energy into,” she says. “At the end of the run, I just stop and I take this huge deep breath and I have a clear perspective again, and a clear mind. It’s almost like waking up again. I’m ready to take on the day after a run.”

And with the biggest race of her life just days away, Ana says her energy is fixed on that post-run feeling.

“Crossing the finish line,” she says. “That’s all I can think of right now.”

To donate to Ana and Rafael’s fundraiser, click here.