Switzer was the first woman to run the Boston Marathon with a bib. 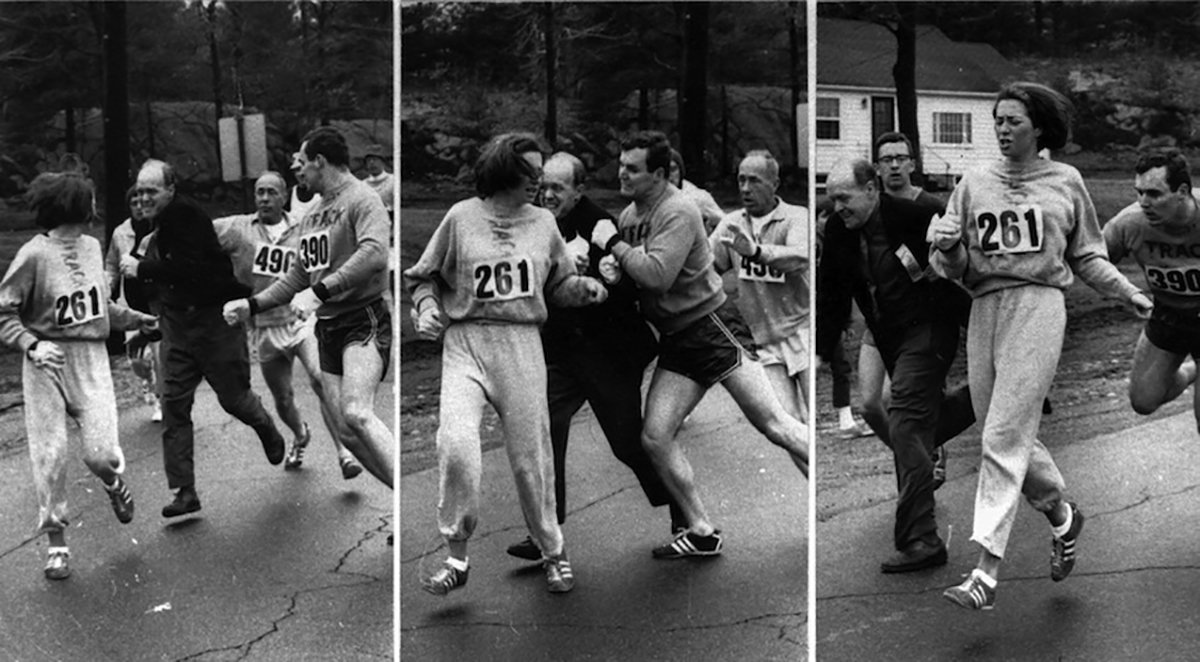 For only the second time in its history, the Boston Athletic Association (BAA) is retiring a bib number: that of Kathrine Switzer, the first woman to run the Boston Marathon with a number.

Switzer ran her landmark Boston Marathon 50 years ago, one year after Bobbi Gibb jumped into the pack as a bandit. Half a century later, the BAA announced that it will no longer assign bib number 261, which Switzer wore while making history. (The only other retired bib, number 61, is in memory of prolific marathoner Johnny Kelley.)

Even when Switzer ran in 1967, the Boston Marathon was open only to men. She flouted the rules by registering as “K.V. Switzer,” an abbreviation she says she always used. Race directors didn’t realize she was a woman, and granted her a number. As the iconic photos show, race co-director Jock Semple was furious to discover her gender on Marathon Monday, and even tried to physically remove her from the course.

Since her historic run, Switzer has become an icon and activist in the world of women’s running. This year, the now 70-year-old runner will reprise her journey from Hopkinton to Boston.