See Boston Marathon Runners Before and After the Race

We talked to runners just before and just after the 121st Boston Marathon.

The heart of the Boston Marathon lies with the 30,000 intrepid souls who decide to run the grueling race each year. We talked to 12 runners—seven before the race, five after—about what it’s really like on Marathon Monday, and what brought them to Boston. 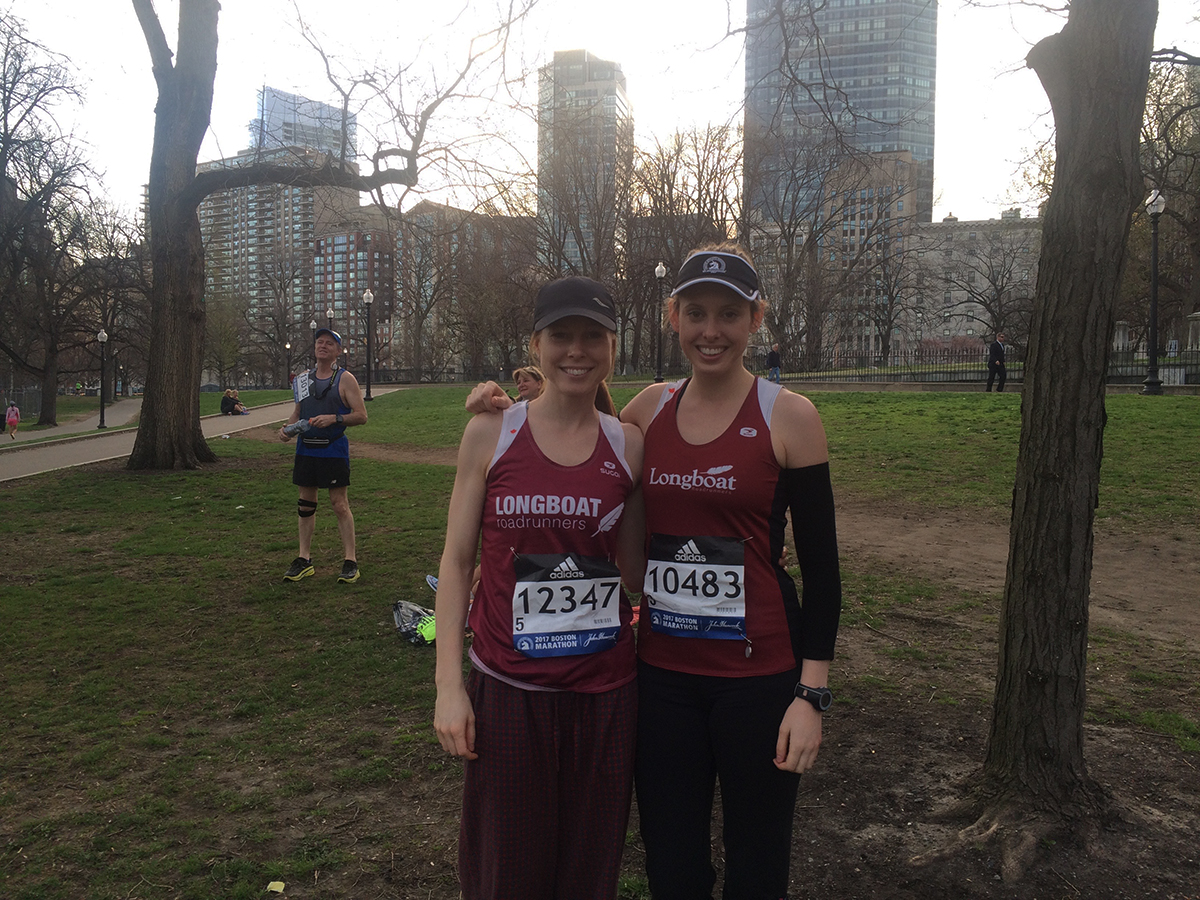 Alex initially ran the Boston Marathon to honor the sisters’ grandfather, a former elite Canadian marathoner. (He once finished 46th in the Boston Marathon.) “There’s always been the lore of Boston in our family,” Alex says, adding that their father is running this year’s race, too.

Amy decided to join the fun, running her first Boston this year. “It’s such a famous course and there’s so much build up towards it that it’s kind of bigger in my head than a normal marathon,” she says. 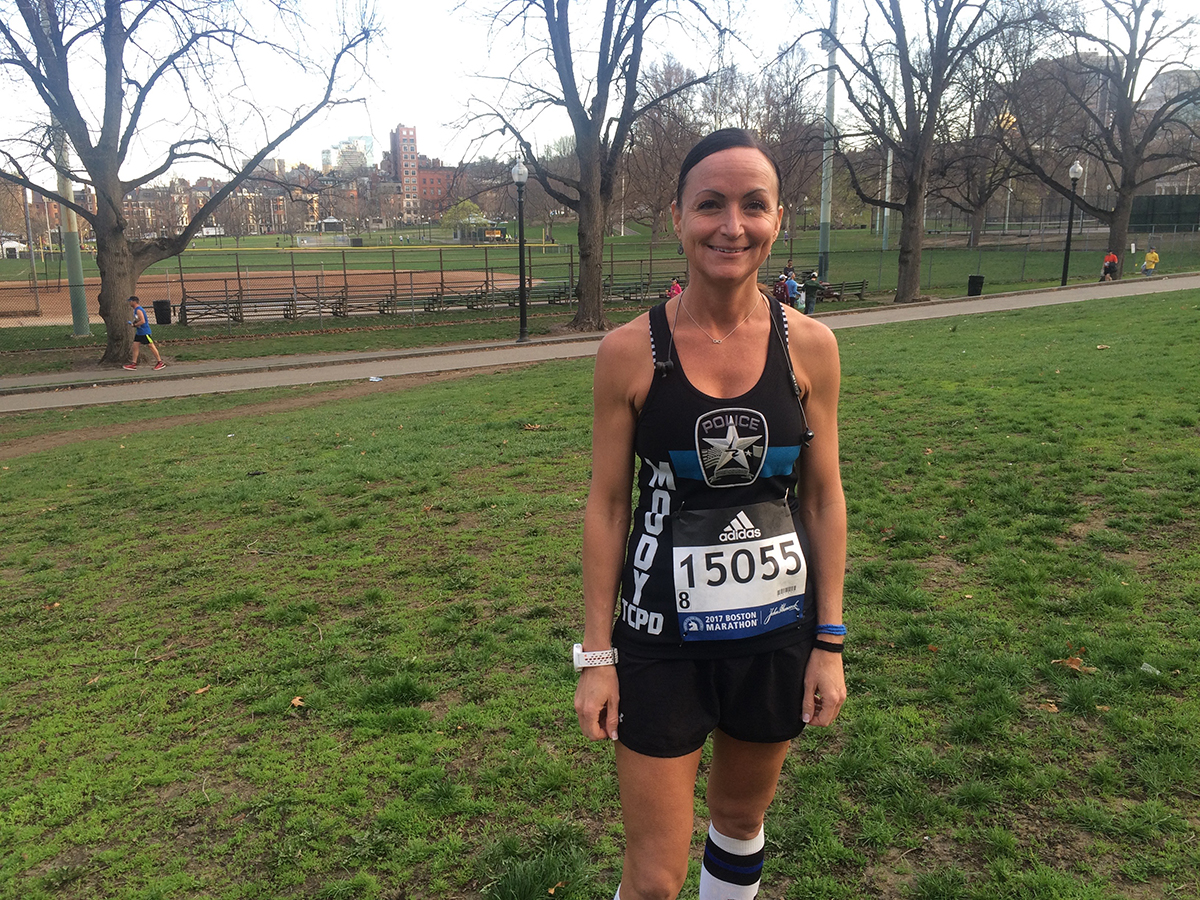 Despite having run marathons in the past, Rubio copped to some pre-race nerves before her first Boston. “I’m just telling myself I’m going to do it, hope for the best,” she says. “I am nervous. I’ve been shaking all morning. I think if you’re not nervous, you probably should be.” 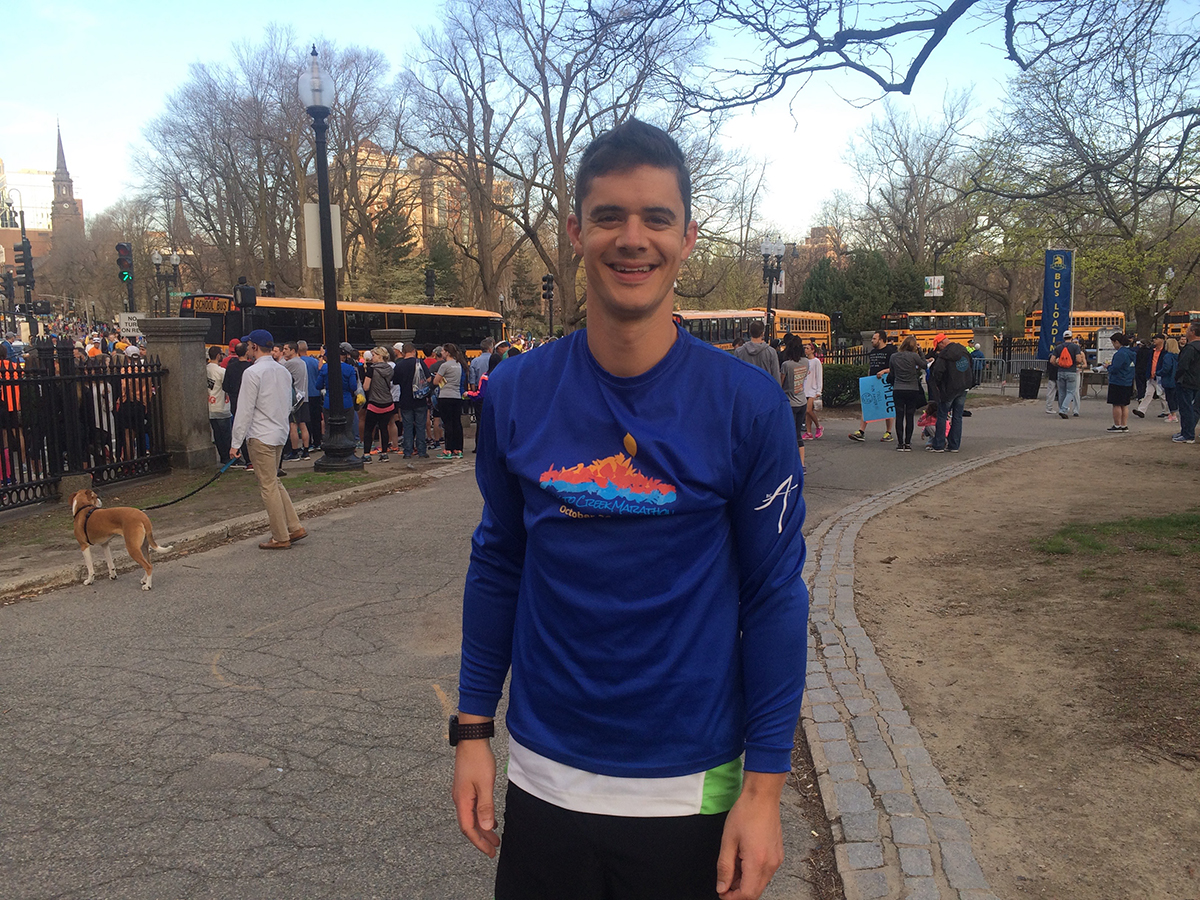 After a great first Boston, Stanfill came back for more this year. “It’s just one of those marathons that you really put on your list if you’re a marathon runner,” he says. “I’m not really nervous. If I have to walk a little bit, I’ll walk a little bit. If we hurt, we hurt. If we don’t, we don’t. Just roll with it.” 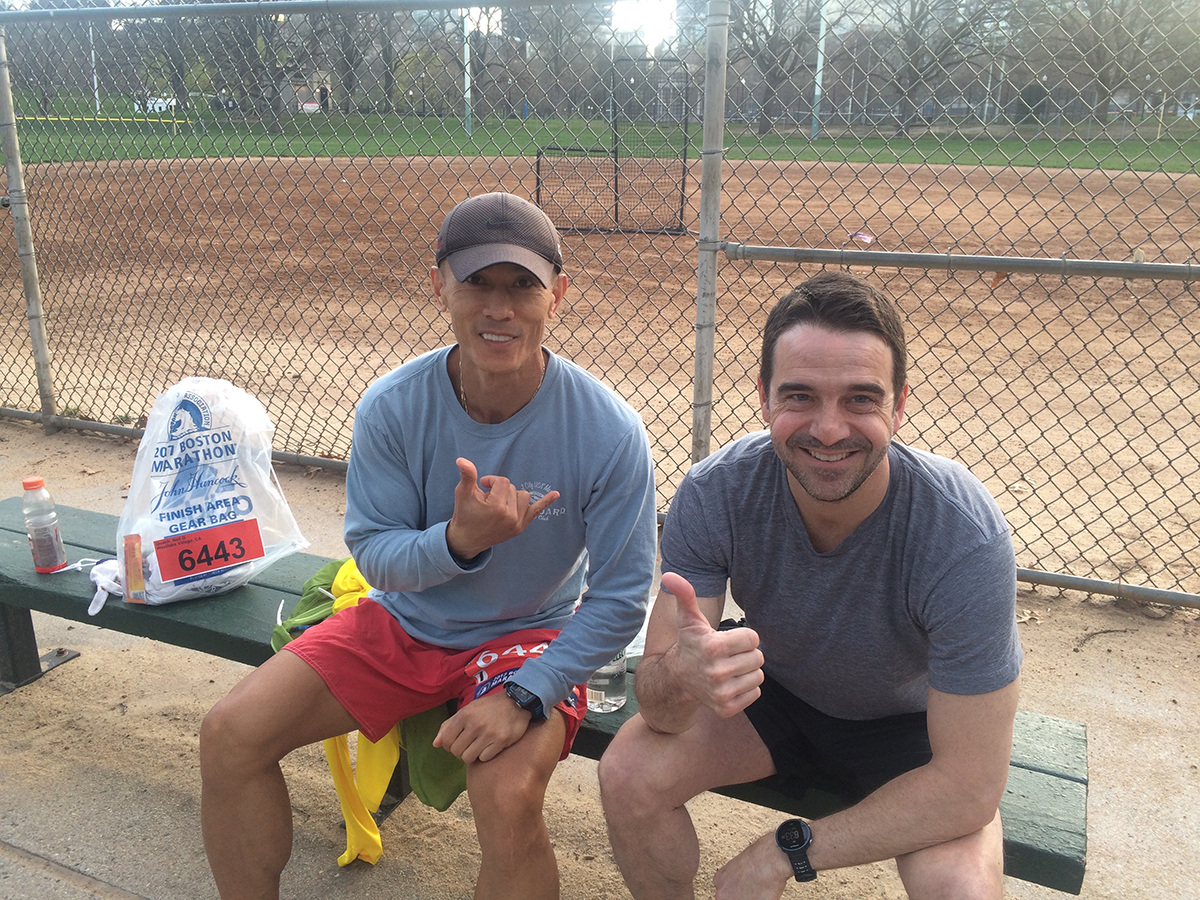 Quach has run 100 marathons already, but was excited to take on his first Boston today. “I really enjoy running; I don’t run to get to the big race,” he says. “I do ultramarathons, too, so this is just another step for me.”

James, too, was running his first Boston. “I qualified in Chicago last year, and just always wanted to do it,” he says. “If you’re a marathon runner, you want to do Boston.” 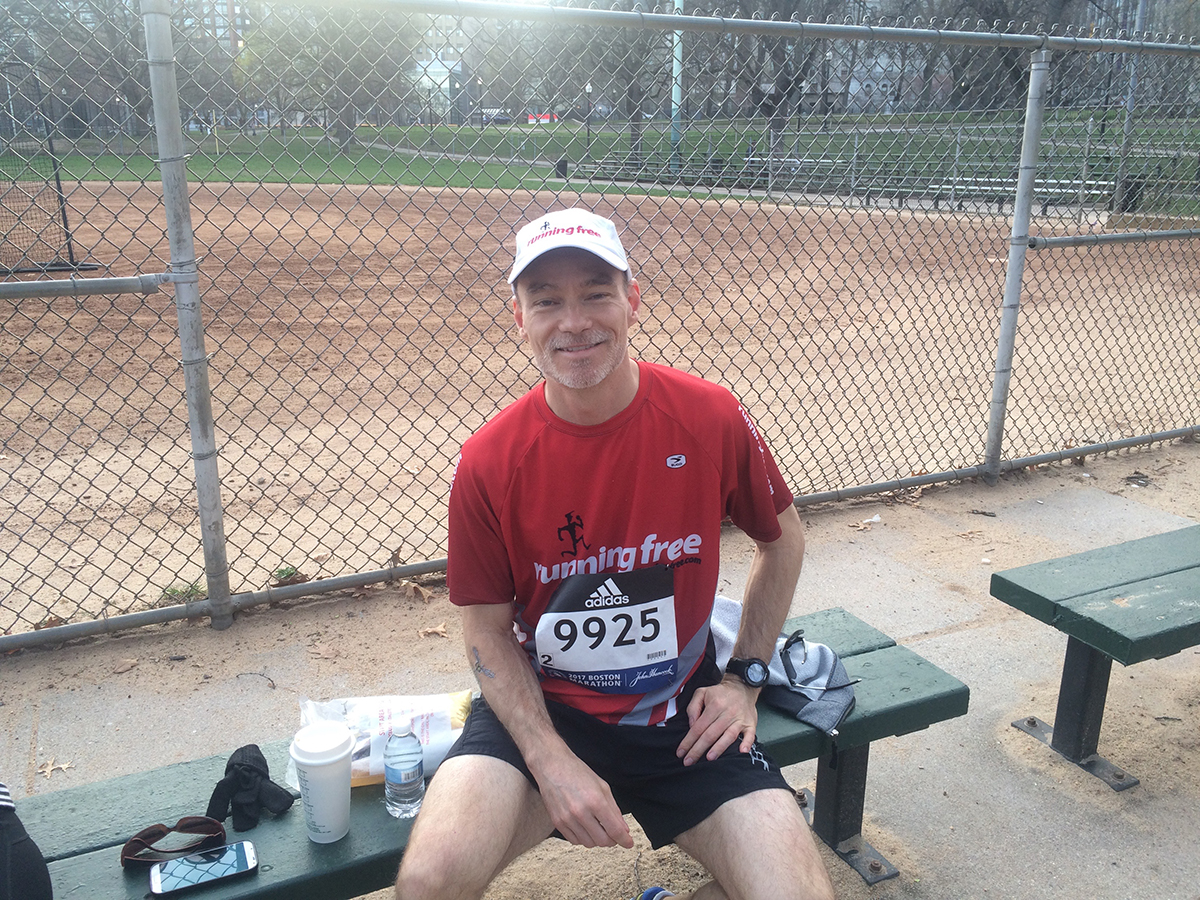 With eight marathons under his belt, Steele decided it was time to tackle Boston. “After the first one, this becomes the goal,” he says. “Everybody has told me about it—the atmosphere, the people, the cheering, the crowds. It just sounds like it’ll be a blast.” 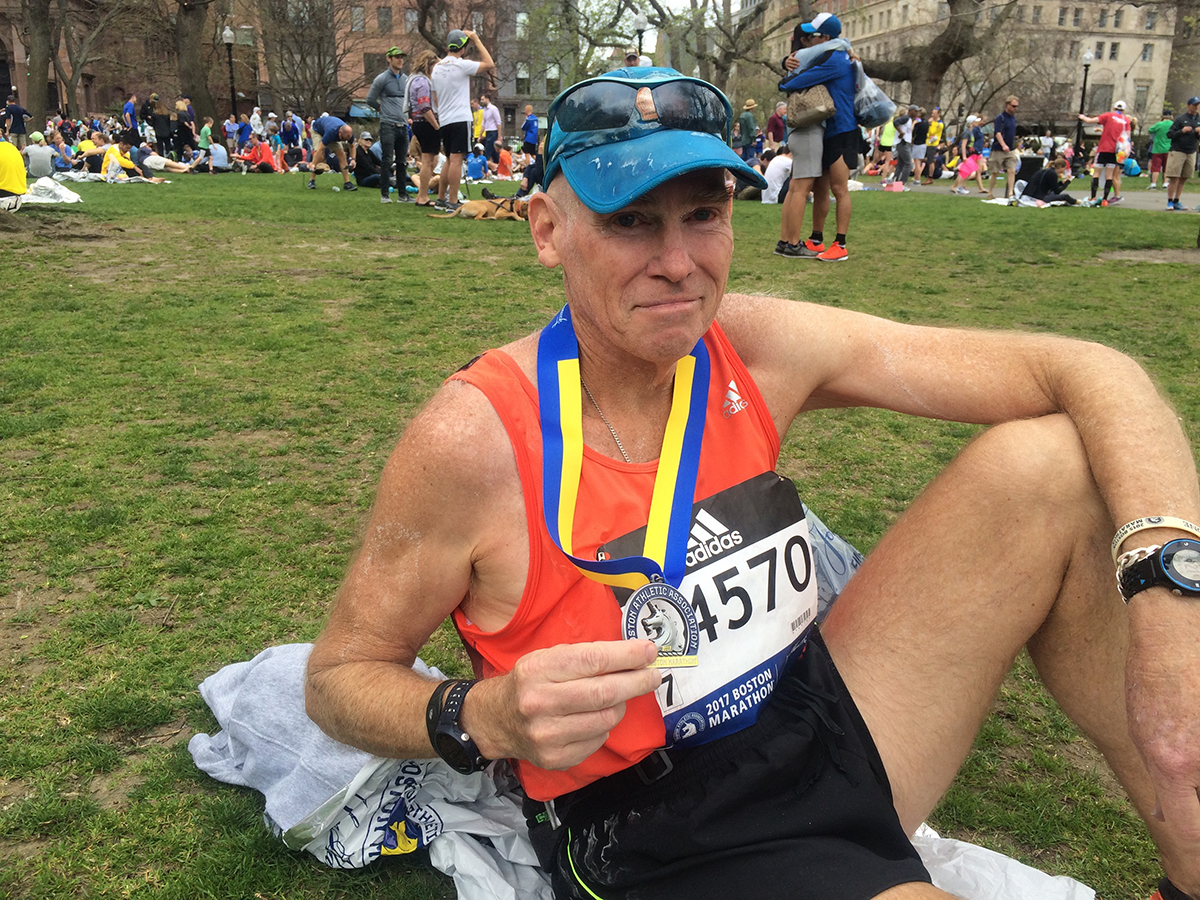 Eleven Boston Marathons is impressive. But running 190 marathons—as Smith has—is downright astounding. And despite that jaw-dropping tally, Smith says Boston remains his favorite. “I come to Boston for two reasons: One, the history of the event,” he says. “Two, the history of Boston.” 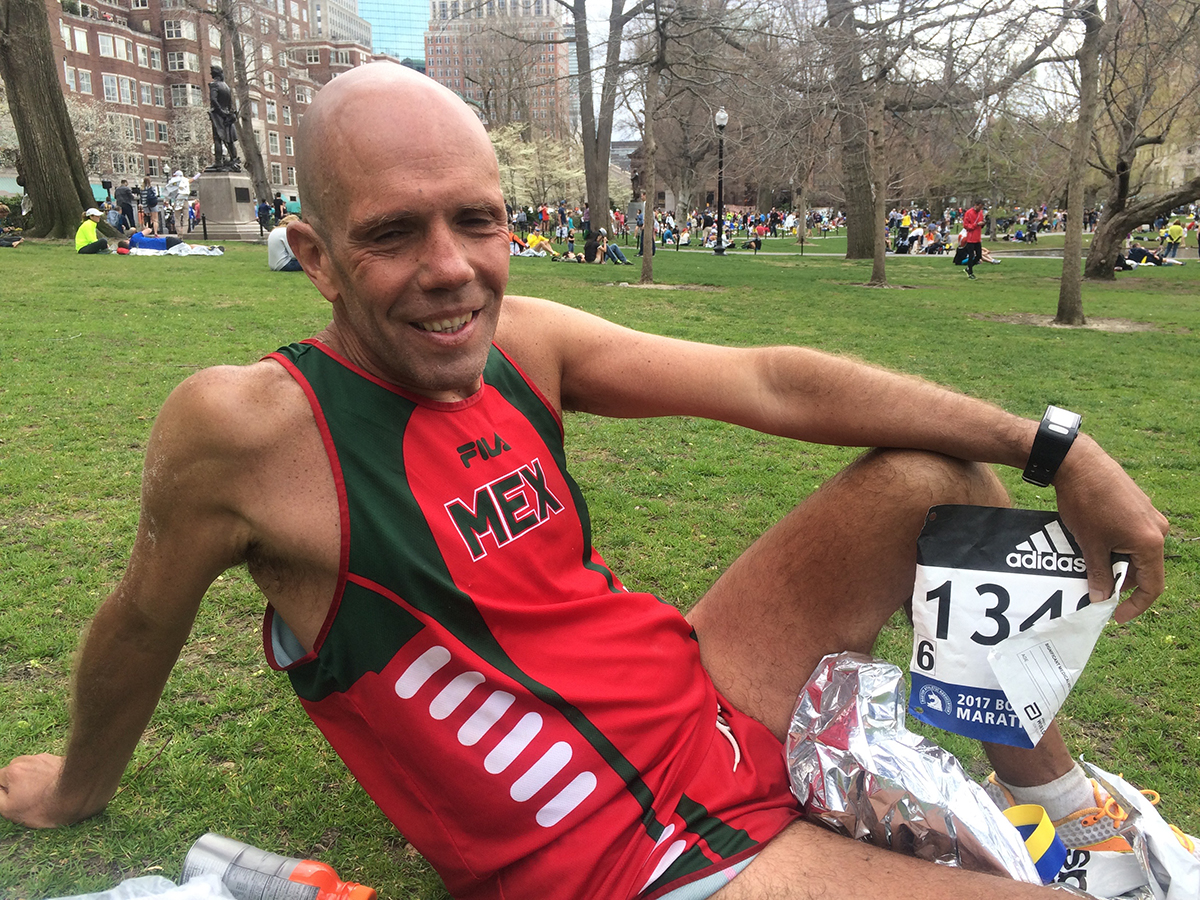 Vertiz ran his first Boston Marathon in 1986, when the field was a 10th of its size. (The last time he lined up in Hopkinton was in 1996, for the event’s centennial contest.) “I am very happy to come back in my old age,” he laughs. “[I made] a trip down memory lane, to see if I can still run.” 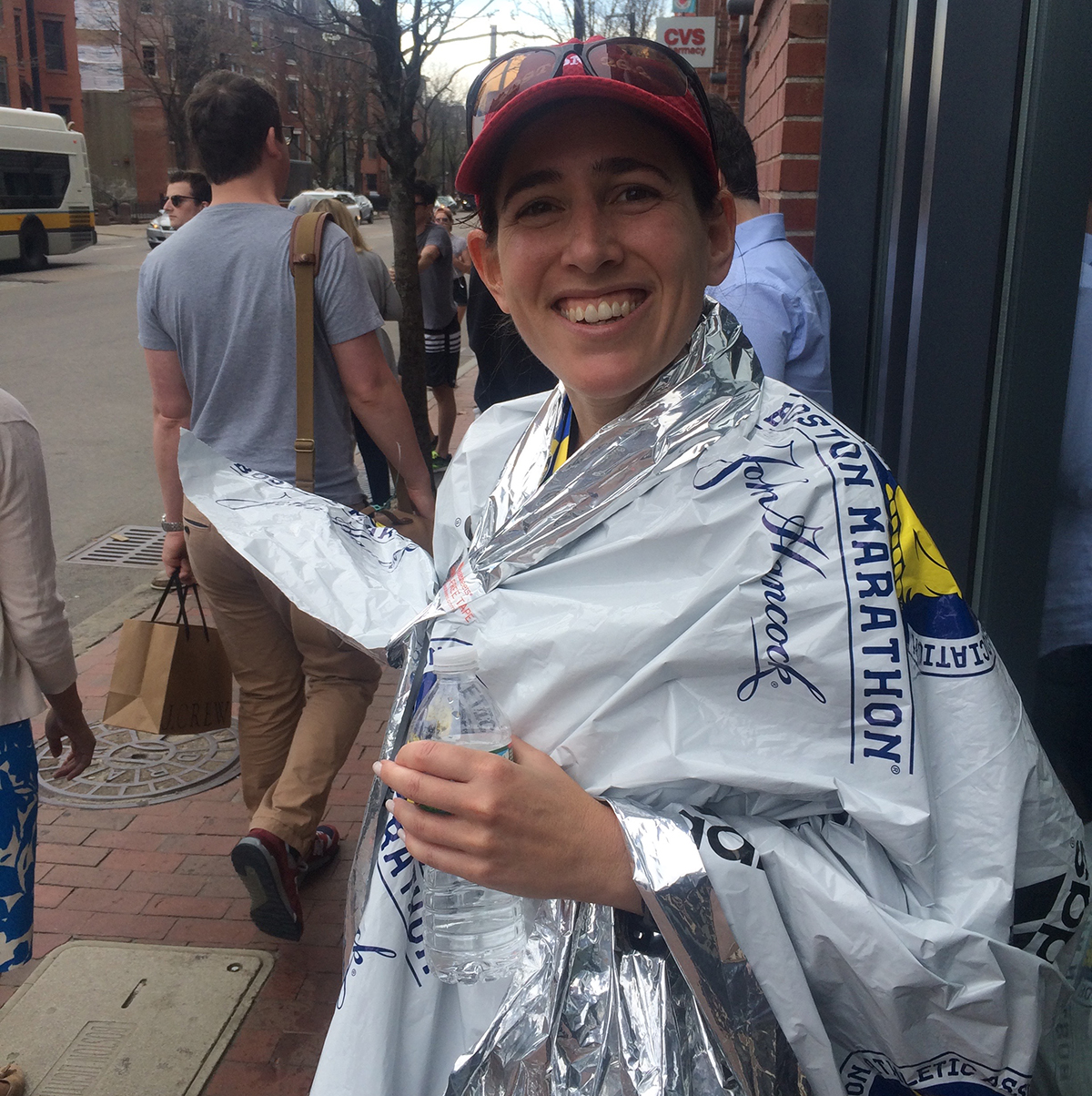 Putting the New York-Boston rivalry aside for a moment, Cohen admits that Boston is her favorite marathon. “I wouldn’t say that back home, and I won’t say it in November [when the New York City Marathon is held], but it’s my favorite,” she says. “The city is awesome, the crowds are awesome, everybody is amazing. The energy is unrivaled, truly.” 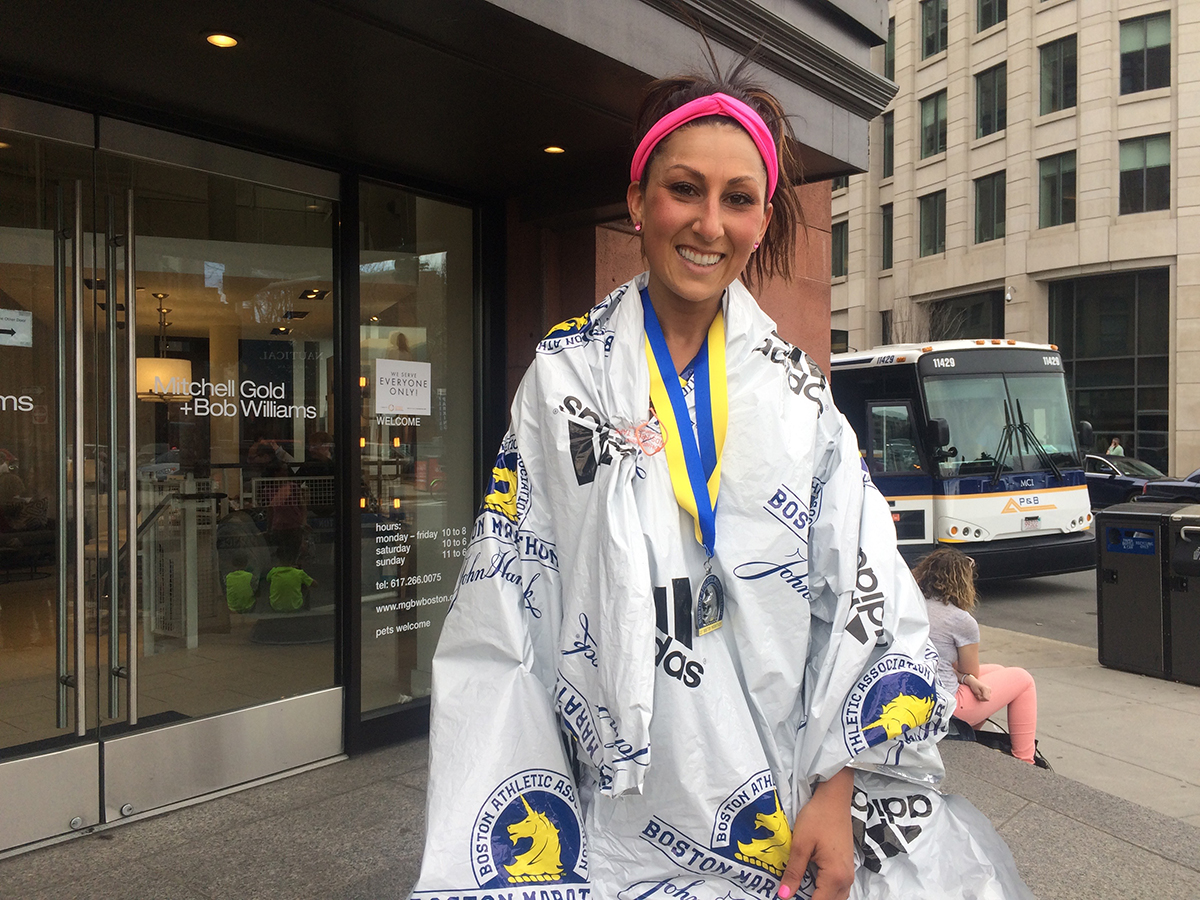 Though Kane says she has a love-hate relationship with the Boston Marathon, she concedes that “it keeps me coming back every time.” When you cross the finish line, she says, “you forget about what it just took to get you there, and you’re just so happy at what you just accomplished, and you’re ready to celebrate.” 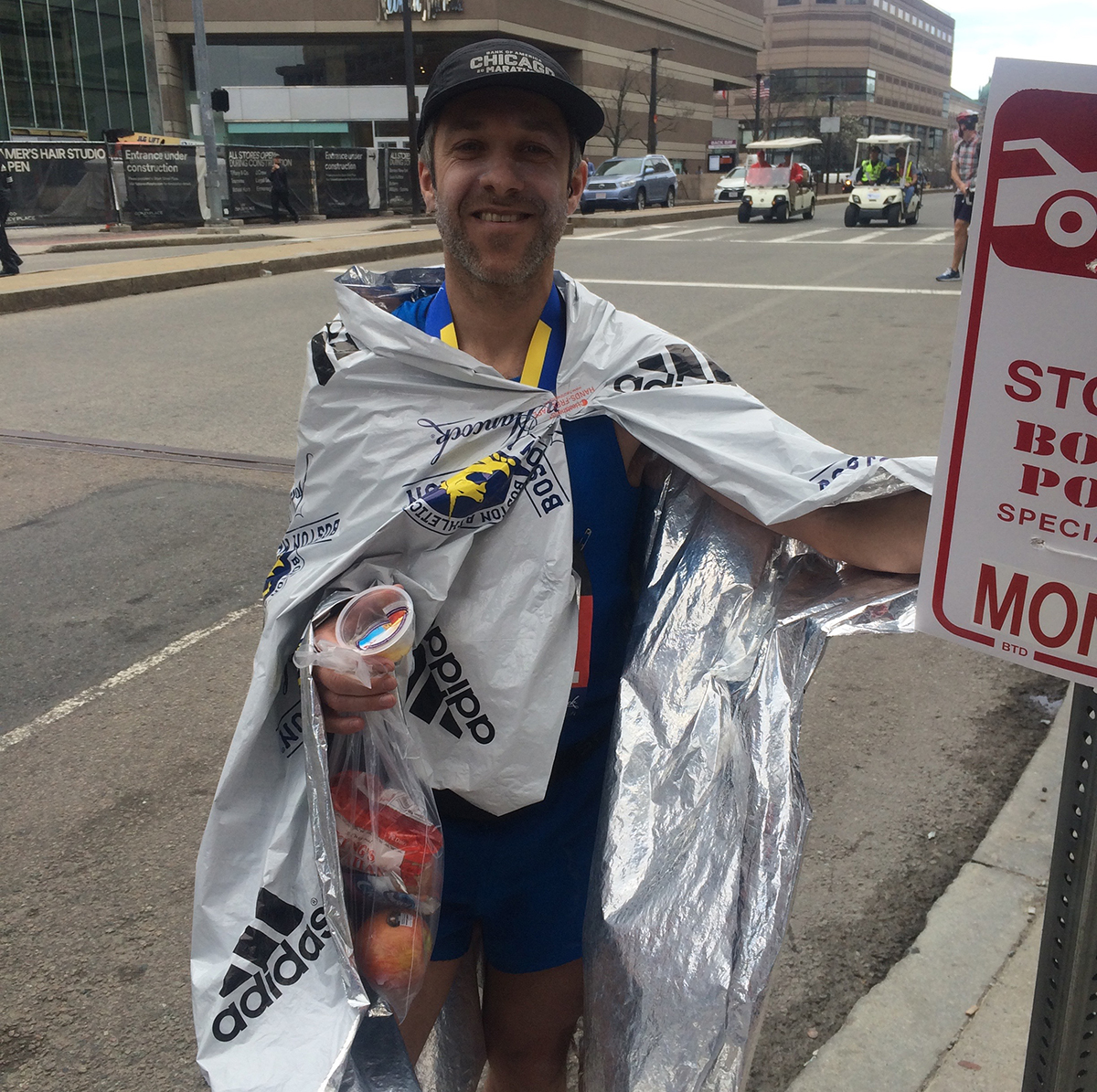 After running his first Boston Marathon, Vieira confirms that “those famous Heartbreak Hills” are the hardest part of the notoriously difficult course. “I think the heat was also out today. It was an additional challenge,” he says. “It was one of the toughest marathons I’ve done.”