"It's about being fearless," Switzer says of number 261. 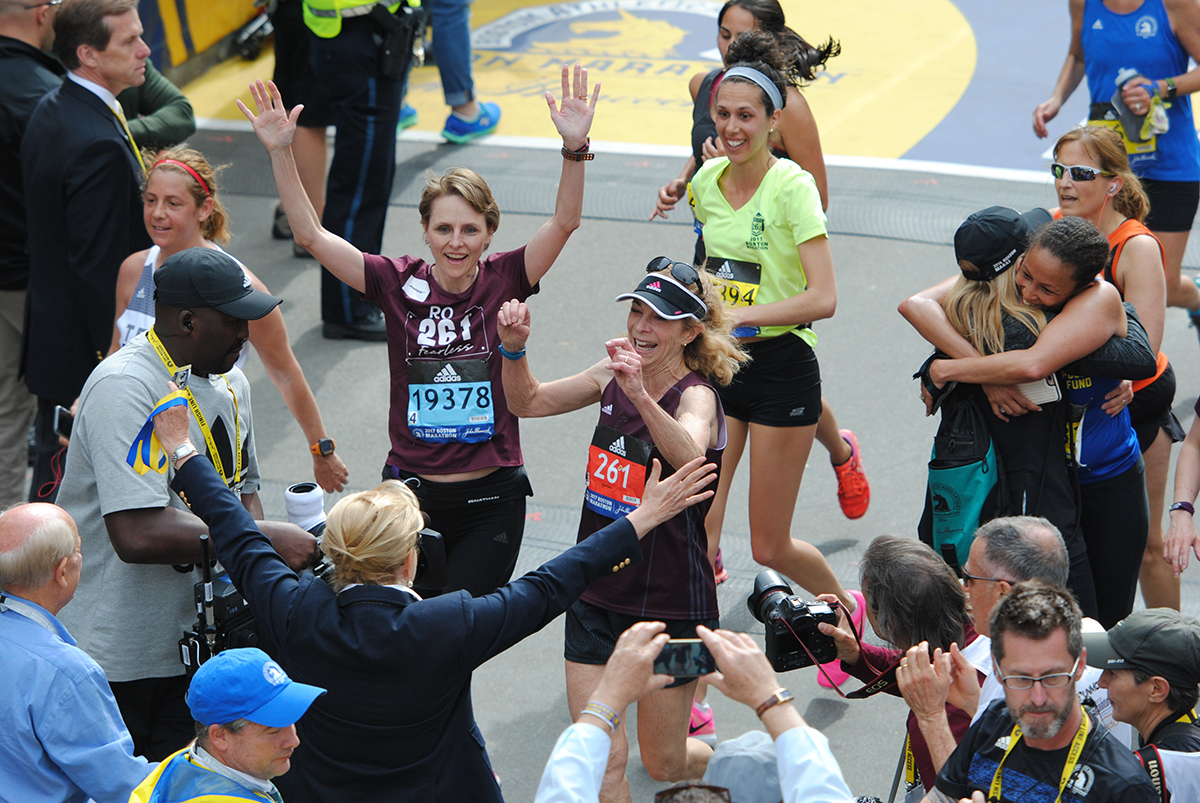 The story is now legendary: Switzer registered for the marathon 50 years ago, under the name “K.V. Switzer.” At the time, women were not allowed to run the marathon—but race officials didn’t realize Switzer’s gender, and granted her bib number 261. On race day, when official Jock Semple realized that a woman was on the course, he tried to physically remove her and tear off her bib. Switzer persisted, and finished the race.

“The incident happened here in 1967. It was the worst thing in my life, at the time. It became the best thing in my life,” Switzer said at the bib retirement ceremony Tuesday. “Every day I always thank the old official Jock Semple who attacked me in the race and tried to pull off this bib number, because he helped change history. He inspired me, and consequently not only changed my life, but changed millions of women’s lives.”

Switzer, who’s now behind a nonprofit called 261 Fearless, was back on the course yesterday, again wearing number 261. She finished in 4:44:31.

“The number [261] is so significant now globally,” Switzer told Boston ahead of her 50th anniversary run. “It’s about being fearless.”

The BAA announced last week that it would retire Switzer’s number. The ceremony was held Tuesday morning at the Adidas Runbase on Boylston Street.

Check out a video of the ceremony here, courtesy of Canadian Running Magazine: