She's also speaking at Boston's Be Bold Conference this month. 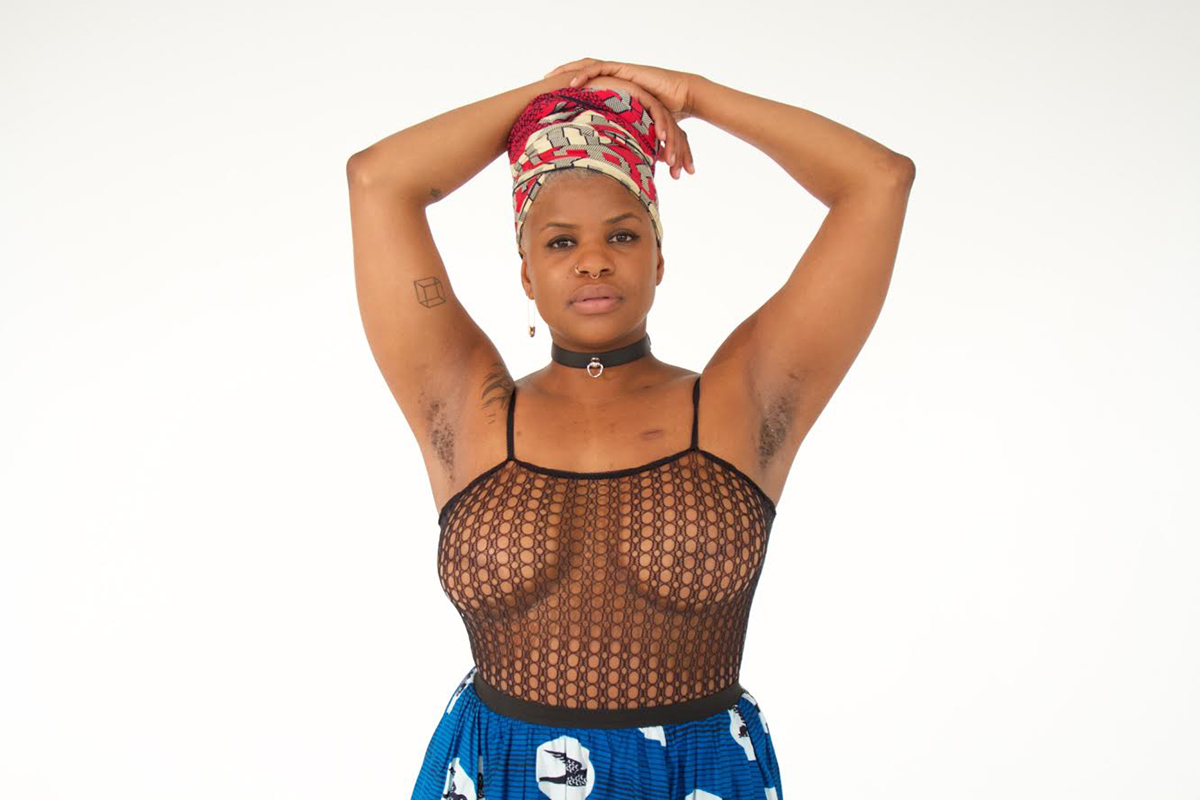 As we spoke on the phone Wednesday, Ericka Hart Googled “breast reconstruction.” She was met with a sea of white images—much like she was two years ago, while preparing for breast reconstruction surgery after a 2014 bilateral breast cancer diagnosis and ensuing double mastectomy.

“Generally speaking, the conversation with breast cancer is a mid-30s, white, hetero[sexual], cis-gender, well-to-do woman that lives in the suburbs,” Hart says. “I was broke and living in Brooklyn with my wife-to-be, and really black and queer and young.”

She was also struggling to find even one image that depicted breast reconstruction scars on a black woman. Google was no help. Her doctor wasn’t, either.

Hart, now 31, didn’t want other women to have the same problem. She went topless at last year’s Afropunk festival, in Brooklyn, to show the world what surviving breast cancer looks like, and to make her body “visible for people that don’t get to see their own bodies.”

“I went topless to raise awareness,” she says. “What I didn’t realize was that it would be so viral and continue to this day and beyond.”

The response—fed by the sex educator and writer’s personal Instagram, photoshoots with artists including Joey “Island Boi” Rosado, and a steady string of media interviews—has grown strong enough that Hart will speak at Boston’s Be Bold Conference for women on May 17. Her story fits seamlessly into the day’s message of personal power and strength.

But, Hart says, her story—and the work she’s doing—is far from over.

“I would love to see [progress] institutionalized, and that’s certainly going to take more than nine months,” she says. “The medical industry has for a long time, and still to this day, not admitted to the pain and trauma that it’s caused to black communities, and this is completely in line with that—not bringing visibility to an illness that kills more black women than it does white counterparts, because of the lack of awareness.”

Photos and speaking engagements like Hart’s help raise that awareness. But she says the burden of affirming identities, recognizing disparities, and acknowledging others’ experiences and past traumas falls on all of us.

“It’s not necessarily putting a picture of someone in an office, which may be a first step,” Hart says. “Institutionally, things would have to change.”

See Hart speak on Wednesday, May 17, at the Be Bold Conference for Boston Business Women. Other speakers include SoulCycle CEO Melanie Whalen, Shape magazine Editor-in-Chief Elizabeth Goodman Artis, CNN contributor Mel Robbins, and more. Tickets start at $249, and can be purchased here.