Reebok Is Shaking Up Sports Retail with ‘Showrooms’

They combine shopping with fitness and community events. 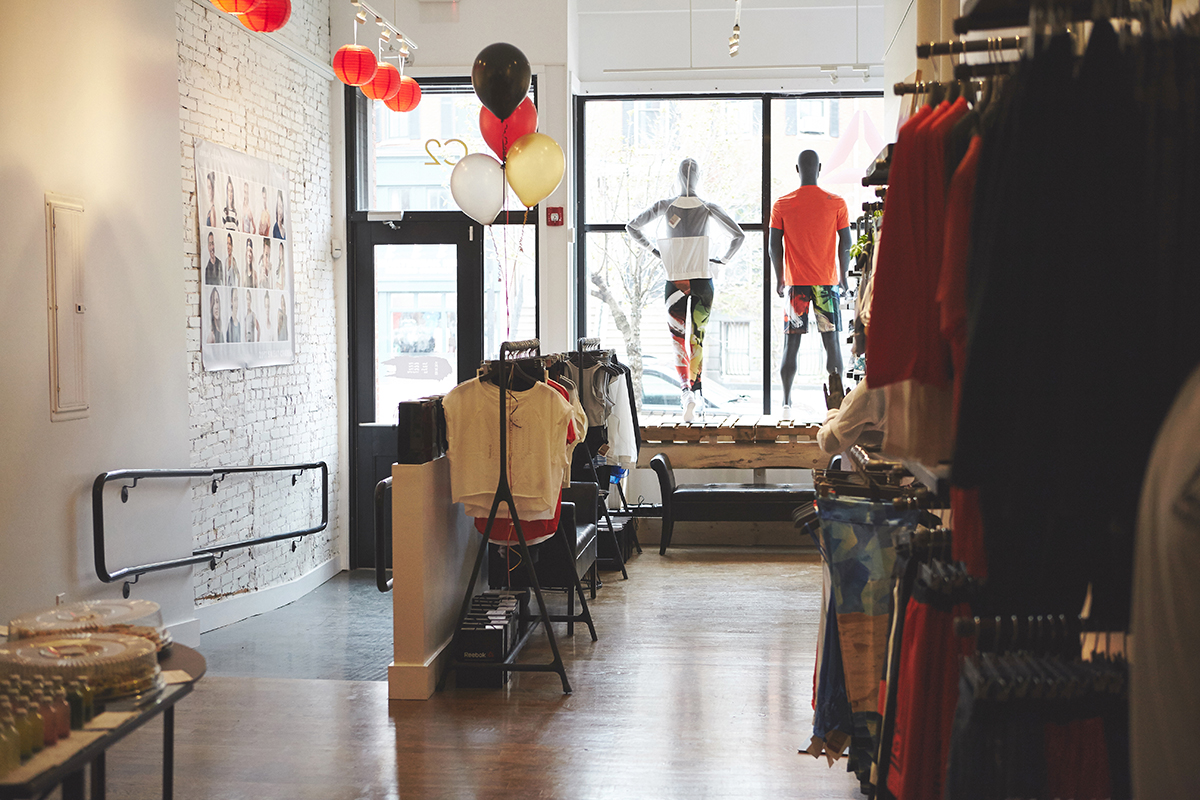 Last month, with little fanfare, Reebok opened its second Boston showroom. The space occupies only a modest storefront on Tremont Street, in the South End, but it’s shaping the sportswear brand’s approach to retail.

Like the Newbury Street showroom that opened in September, the Tremont Street outpost isn’t really a store, at least in the traditional sense. Instead, it’s a hybrid of a fitness studio, a retail boutique, and a community center, says Amy McCarthy, senior manager of Reebok showrooms.

“These locations are meant to be kind of a testing ground for what the future of retail could look like,” she says.

One major point of departure: Customers don’t walk out of the showroom with their purchases. The stores stock just a few pieces, which are meant only to help customers determine their sizes. After trying pieces on, customers are guided through a “concierge-style selling approach,” with employees helping them build an online shopping cart via iPad. Orders are shipped from the store, and arrive on the customer’s doorstep two days later.

“More and more people are shopping online, and that’s had a really big effect in the athletic retail industry, with a lot of doors closing,” McCarthy says, citing City Sports and Sports Authority. “We wanted to adapt in that way within our retail stores.”

All in all, McCarthy says the model has worked well so far, though the showrooms may eventually adopt a system that allows customers who want to purchase in-store—international tourists, for example—to do so, while allowing others to order from the website.

One perk of the low-inventory system, however, is that it gives Reebok the space to turn its showrooms into community hubs, offering free or low-cost fitness classes, “sweatworking” events, and more.

McCarthy says the goal is to get to know each showroom neighborhood—in addition to the two in Boston, there’s one in West Hollywood, and locations coming soon to Santa Monica and Chicago—well enough to tailor classes and events to residents’ interests, budgets, and schedules. The South End shop, for example, so far attracts a fairly even gender split, while Newbury’s clientele is mostly female. McCarthy says that kind of observation, which will crystallize over time, will inform each showroom’s offerings.

“The idea is that these locations are going after the micro markets,” she explains. “Not even Boston as a market, but the individual neighborhoods and hubs that drive the city.”