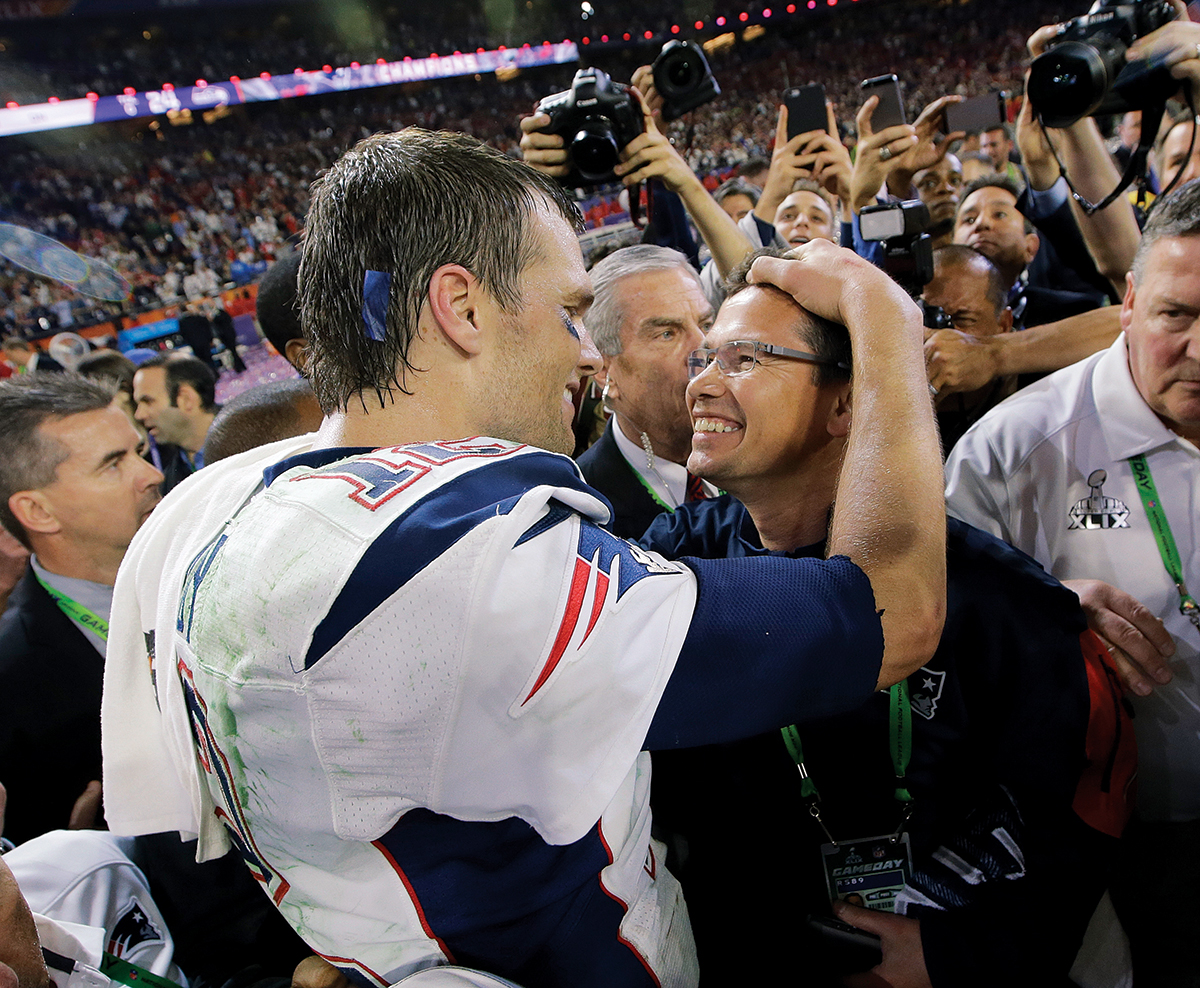 Dr. Jessica Flynn, a sports medicine doctor at Lahey Hospital and Medical Center, took to her blog Monday after reading a Men’s Journal story titled “The Secrets of Tom Brady’s Personal Trainer.” In it, Guerrero tells writer Mike Chambers, who is recovering from surgery on a fractured heel bone, that it’s okay for him to walk on an antigravity treadmill:

“Is it safe?” I ask Guerrero, 51, whom I met through a mutual friend. “I’m not actually supposed to be bearing any weight.”

He pauses, giving me his undivided attention. “It’s completely understandable that your surgeon’s number one goal is to protect his surgery site,” he explains. “He doesn’t care if you ever run again. He doesn’t care if you want to climb Mount Everest. But here’s the thing about rest: It makes you feel better, but it doesn’t make you get better.”

Flynn took issue with the insinuation that conventional doctors don’t care about patients, writing that “Guerrero functions in a different world than doctors. He doesn’t have to prove his therapies work, or even that they are safe. The thing about functioning in a space like that is that it’s very easy to become cavalier.”

Flynn’s right when she says Guerrero functions in a different world than doctors. He’s not a doctor himself, nor was he ever—despite claiming to be while selling a quack cancer therapy in the early aughts.

And that’s precisely why Flynn wants transparency from Guerrero and Brady, a pair who have become infamous for their unusual, and often clinically unproven, treatment methods and consumer products. Together, the pair has vouched for both the relatively innocuous (recovery pajamas) and the potentially dangerous (a potion that claimed to protect against concussions, an egregious promise that the Federal Trade Commission found no scientific evidence to support).

“Alex Guerrero needs to put his money where his mouth is,” Flynn writes. “He owes it to his clients to prove that what he is doing works.”

In her post, Flynn allows that Guerrero’s body work is helpful for athletes. But it’s irresponsible, she argues, to use his visibility to peddle unconventional remedies that may not actually remedy anything at all.

“The biggest problem I have with Alex Guerrero is that, while he and Tom Brady seem to really believe in their methods and outcomes, they don’t study and share them,” she writes. “They continue to profit from non-proven treatments, supplements, and other therapies and none of those profits seem to be invested in studying their efficacy.”