How Fighting Substance Abuse Is Like Training for a Triathlon 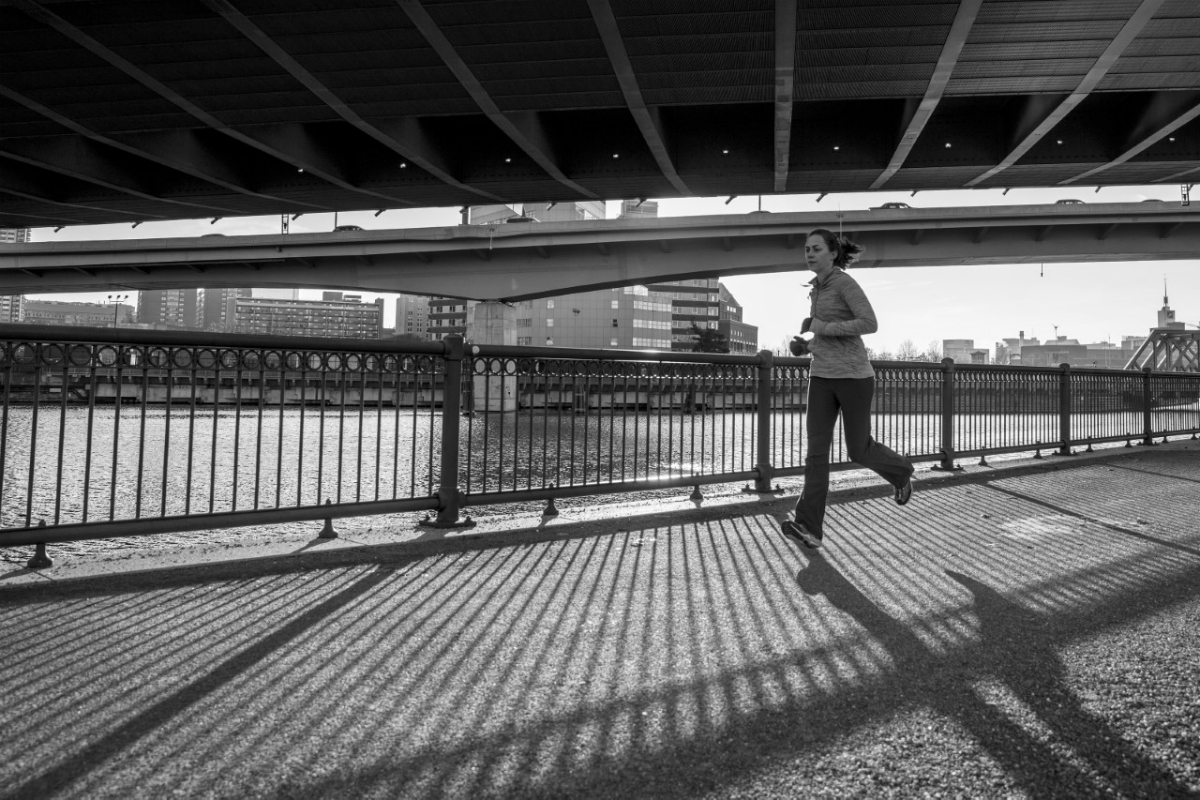 As Sarah Bagley sees it, fighting addiction is a lot like training for a triathlon.

“You have to be focused. You have to be disciplined. You have to be patient, and you have to have a schedule,” she says. “You’re getting up every day, you’re following the routine, you’re setting goals for yourself. Oftentimes, you rely on a friend or network of people to be supporting you.”

Bagley knows the parallels better than most. She’s the director of Boston Medical Center’s (BMC) Catalyst Clinic, which helps young adults and teenagers who are struggling with addiction. On top of that, she’s training for the Columbia Threadneedle Investments Boston Triathlon in July.

Bagley will take on the 10-kilometer running leg of the competition, which comes after a 1.5-kilometer swim and a 35-kilometer bike ride, which will be tackled by her husband and a colleague. The training process, she says, uses tactics quite similar to those she sees in the clinic.

“In terms of efforts to combat this opioid overdose epidemic,” Bagley says, “it’s important that we stay focused, that we have a plan, that we’re sticking to it, and that we rely on each other.”

With a background in internal medicine and pediatrics, Bagley got funding for Catalyst in January 2016, and started seeing patients six months later. Since then, the clinic has gotten about 170 referrals and seen about 80 patients, with 50 of those individuals staying on for regular care. Bagley calls that “a huge success.”

On top of providing treatment, the clinic provides substance abuse education to the community and other agencies, with a primary focus on opioid use disorder.

“While we want to make sure we are offering the best care to the patients who come to us, we also want to make sure that adolescents and young adults everywhere have access to the best treatment,” Bagley says of the education campaign.

Thanks to the triathlon, the clinic will be able to strengthen its efforts on both fronts. BMC is a charitable partner of the triathlon, and Bagley says the hope is that it will raise $100,000 for the hospital and its various programs.

Bagley says she’s looking forward to being part of a team on race day, because that’s how she works best—both in athletics, and in medicine.

“It’s a really humbling experience for me to realize how important it is to have different perspectives that people from different backgrounds bring to this work,” Bagley says. “It is really through all of those different lenses coming together that I think we can achieve the best outcomes for our patients.”

The Boston Triathlon will be held July 30. Register for the race, or donate to team BMC, at bostontri.com.