One opened Thursday, while another is on the horizon. 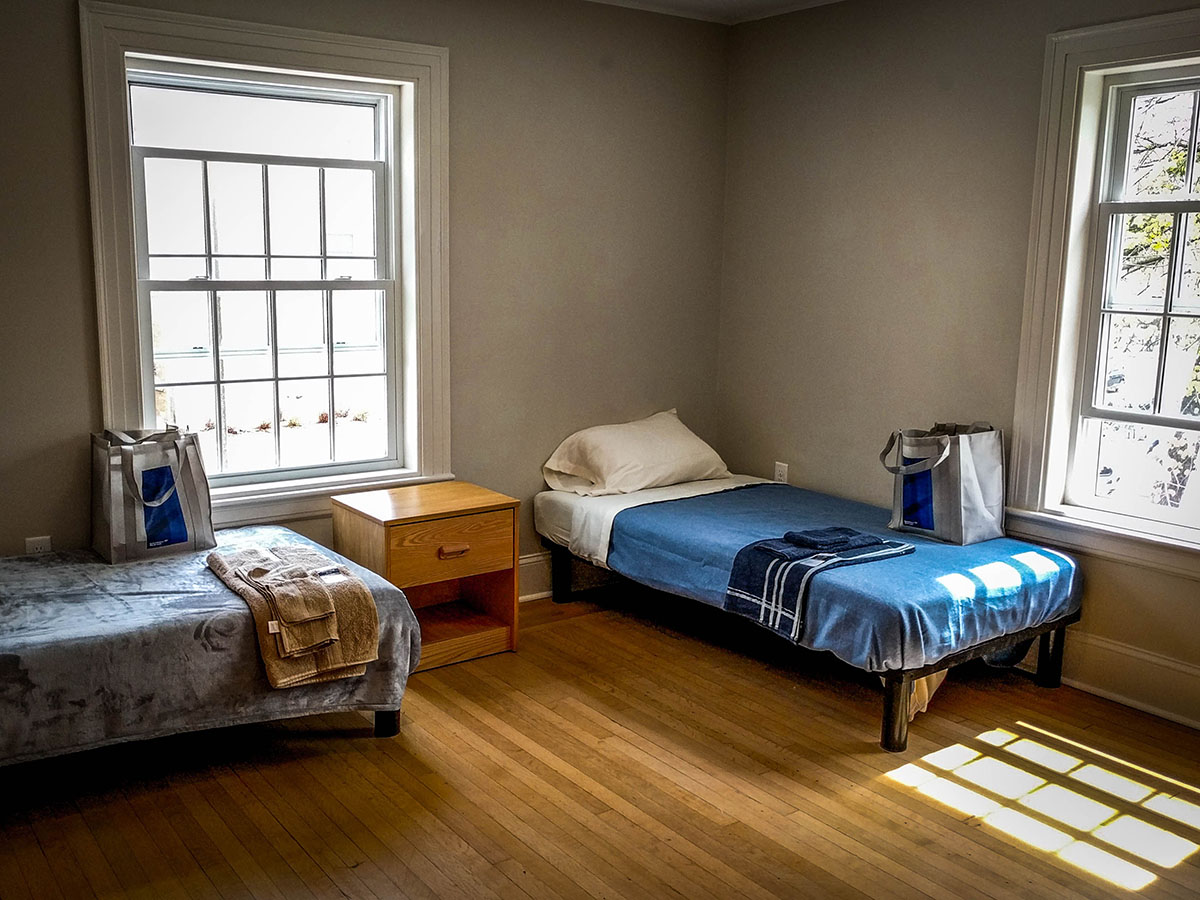 In 2014, Boston’s homeless population was left reeling by the closure of the Long Island Bridge, and the ensuing evacuation of the island’s shelter. Nearly three years later, many still struggle to find beds in the city’s limited number of homeless shelters, and to secure affordable housing of their own.

Now, two unique homes—one already open, and one further on the horizon—are seeking to ease that burden.

The first, Joelyn’s Home, celebrated its grand opening Thursday. It’s named for Joelyn’s Family Home, a women’s addiction treatment program that was run by Victory Programs and based on Long Island. The opening of Joelyn’s Home restores the health and homelessness relief organization to 98 percent of its prior operating capacity.

The renovated Roxbury Victorian will house 24 women recovering from substance abuse for up to a year each, helping them bounce back from addiction and prepare to live independently. Eight women have already moved in, and the house will reach full capacity by early next week.

“Even though [24 treatment beds] may seem small, it’s not—it’s a big deal,” says Sarah Porter, vice president and COO of Victory Programs. “When someone hits that sweet spot moment where they say, ‘I think I’m ready to try and make a change, as hard as it is,’ making sure they have access to a resource to do that is sort of our moral obligation.”

Funding for the home, which totals roughly $3 million, was split equally among the city government, state government, and private donors. It has an estimated annual operating budget of $765,000, to be paid through a mixture of state and federal contracts, grants, and private donations and fundraising.

As Joelyn’s Home welcomes its first residents, Charles Daniels Jr. is planning his own shelter—this one for homeless men and their families.

Daniels runs Fathers’ Uplift, a Roxbury mental health clinic tailored to the issues of men and fathers. Through his work with Fathers’ Uplift, Daniels noticed an unmet need in Boston: a place where homeless fathers could get back on their feet, while raising their children.

“We are trying to dispel this notion that just because a man is homeless, he doesn’t want to be involved in his kid’s life,” Daniels says. “How can we get men placed into a space where they can bring their kids?”

The answer, as Daniels sees it, is to build a new facility—one where men could either be placed with their kids, or utilize safe, designated areas for visitation. No such shelter currently exists in Boston, Daniels says.

To make his vision a reality, Daniels must raise roughly $3.2 million, which he’s doing through a mix of “advocacy and personal fundraising.” He’ll seek donations at Fathers’ Uplift’s annual Father’s Day gala, and he’s shopping a feasibility study—which slates the facility for Norfolk Street in Boston—around to policymakers, hoping to get some high-profile backing for the idea.

Daniels admits that the road will be long. Fathers’ Uplift is not a housing agency, and thus doesn’t have experience building and running a shelter; the men and families model is relatively untested in Boston; and Daniels is seeking a hybrid funding model that would allow the facility to serve as a residential home and a health clinic. These are all challenges he says he’s willing to work through.