We Tried Making Eggs in a Cloud

Learn from our mistakes. 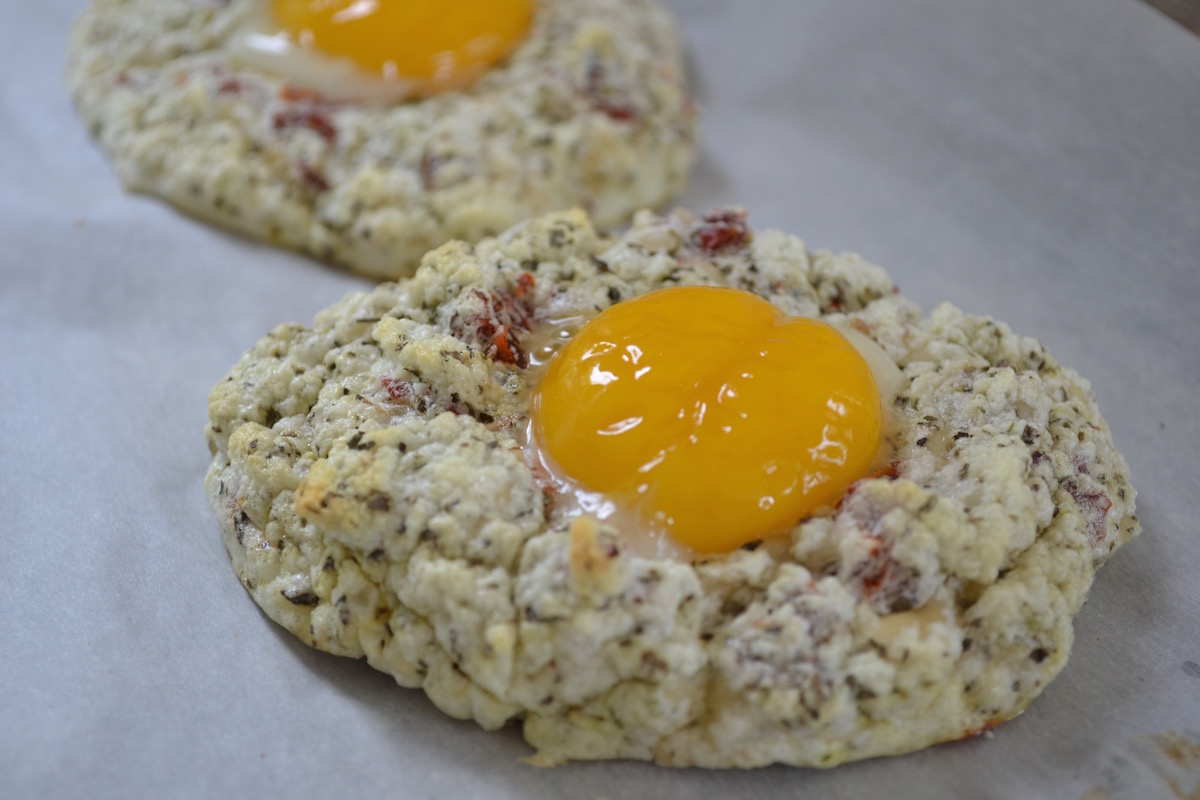 If you’ve been on Instagram lately, you’ve probably been inundated with snaps of eggs in a cloud: fluffy, cloud-like egg whites, usually mixed with spices, meat, or cheese, with a bright yellow yolk in the middle. Though the creations have actually been around for a while, they’re enjoying a social media renaissance—which means you’re probably hankering to try it yourself.

Most recipes out there make it seem like any average cook could create these masterpieces, so we set out to see if that’s true. Here’s how it went. 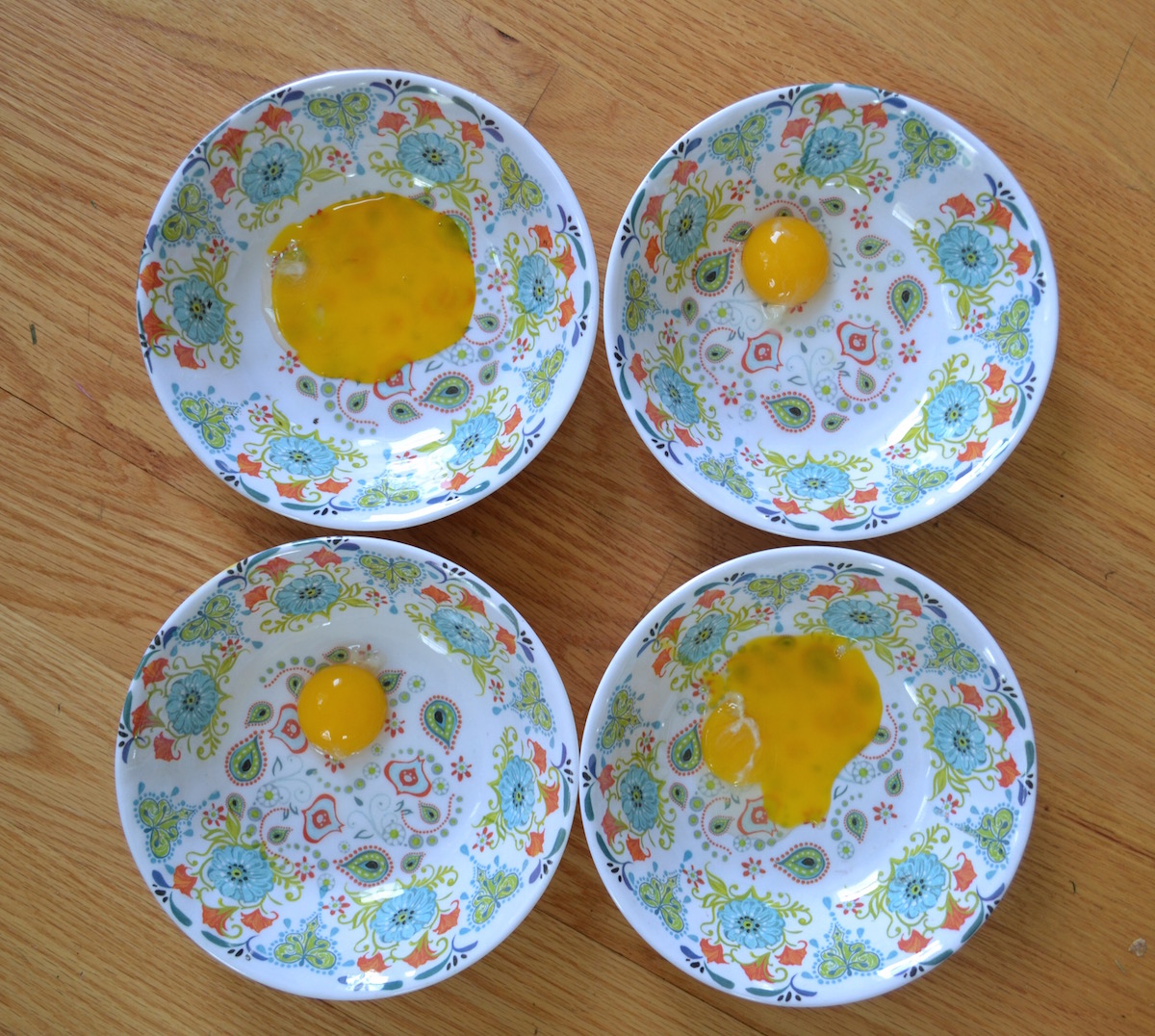 The first step is separating four eggs, putting the whites together in one bowl and each yolk in a separate bowl. This simple egg separating tutorial made it pretty easy. The hardest and most crucial part of the whole recipe, however, is not breaking the yolk when you put it in its separate bowl. We managed not to break two of four yolks, and were optimistic that this would (probably) have no effect on the finished product. More on that later.

After separating the whites and the yolks, it’s time to beat the whites until stiff peaks form. We highly recommend using a hand mixer if you have one, or else you’ll be beating the eggs with a whisk for about 20 minutes. (On the bright side, that’s a great arm workout.) 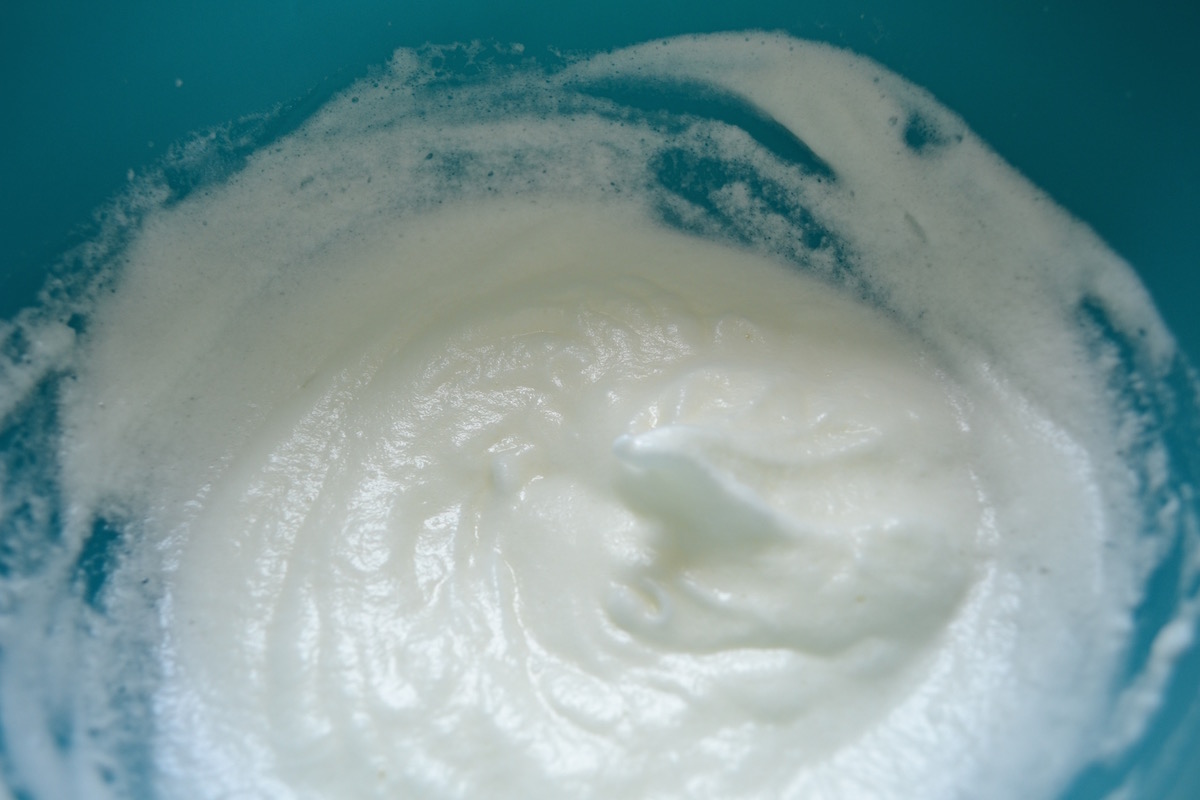 The next steps seemed simple and self-explanatory: mixing in basil, sun-dried tomatoes, and parmesan; forming four small clouds with the egg whites; making indents for the yolks; and baking.

Pro tip: Make sure you create large indents. We made the mistake of not indenting the clouds enough—which, combined with two runny yolks, made for quite the mess. Below is the final product. Two of the four look Instagram-worthy, we’d say. 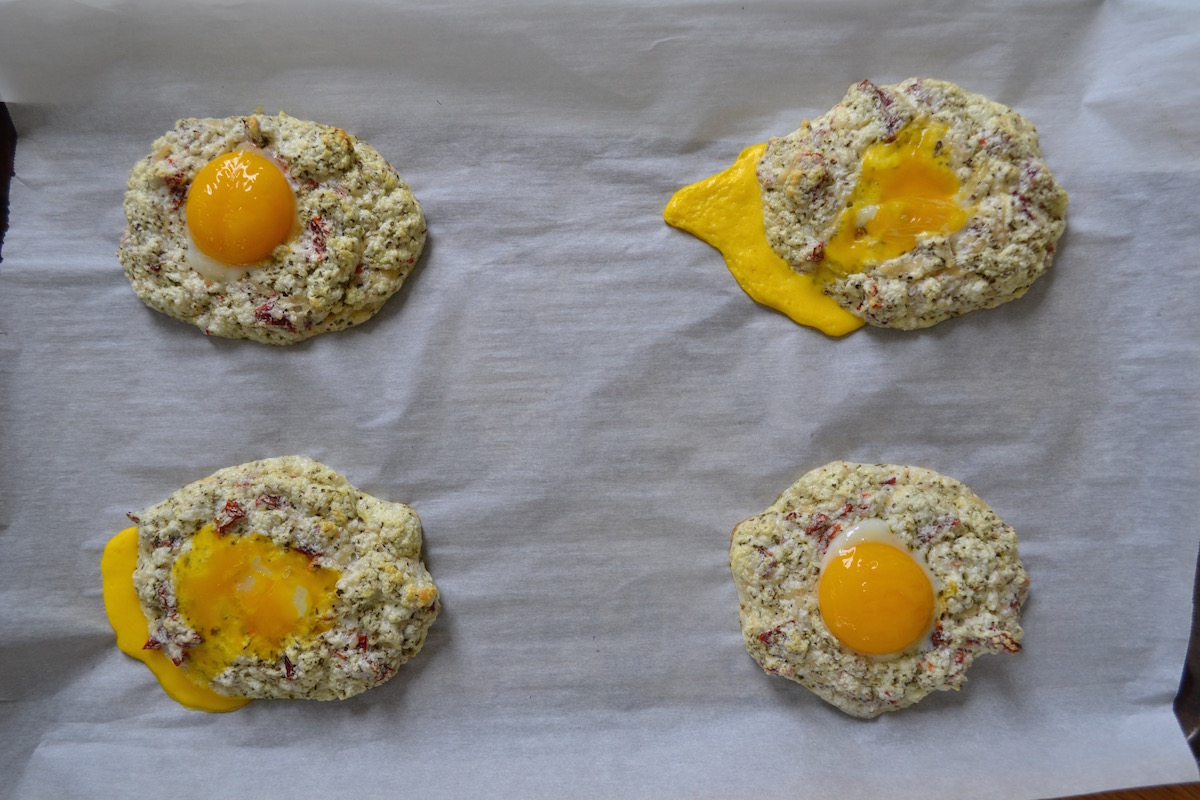 To recap: Take care in separating the eggs, gently place the yolks aside, and make deep indents. Now it’s your turn to try—just learn from our mistakes.

Italian Eggs in a Cloud

Separate the eggs and place the yolks in four separate bowls. Using a whisk or hand mixer, whisk the egg whites until stiff peaks form. Fold in the remaining ingredients.

Remove the “clouds” and place a yolk in the center of each one, taking care not to break it. Place the clouds back in the oven for five to seven more minutes. This will create a runny yolk, so leave it in longer if you like a firm yolk.

Remove from the oven and serve hot.