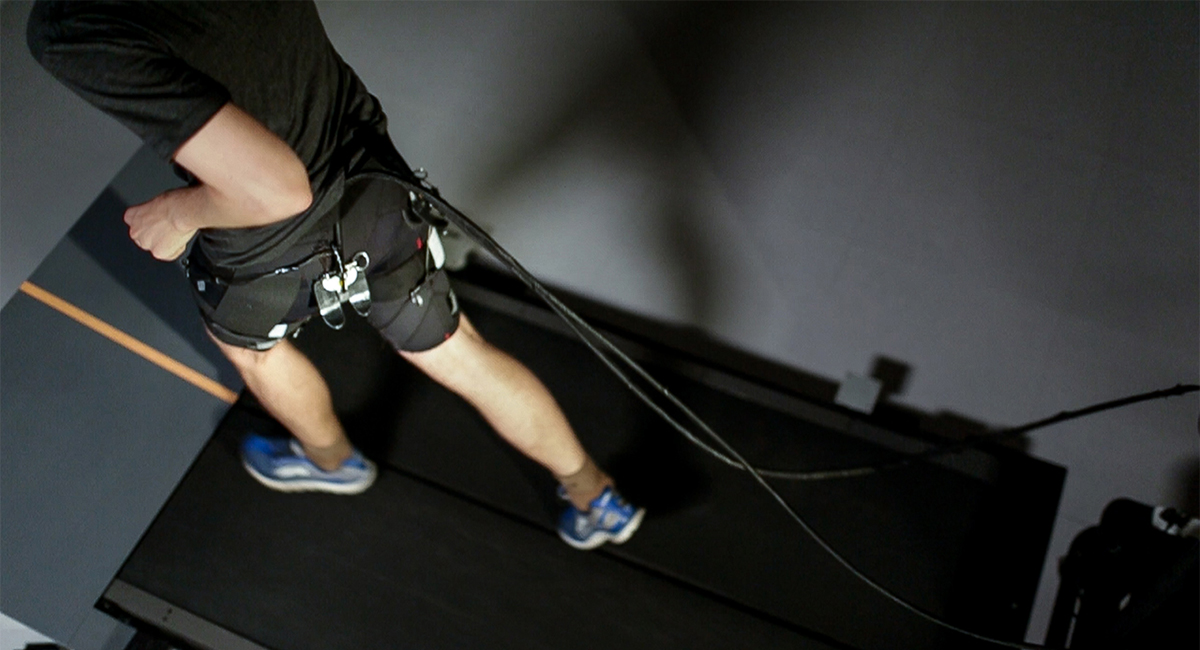 Forget your sleek compression tights (which, for the record, don’t really work anyway). The key to running faster may be an oh-so-fashionable jumble of cables, straps, and wires.

A soft “exosuit” developed by researchers from Harvard’s Wyss Institute and School of Engineering and Applied Sciences has been shown to reduce the metabolic strain of running—i.e., the amount of oxygen consumed and carbon dioxide produced—by up to 5.4 percent, translating to better performance and faster speeds. The research was published Friday in Science Robotics.

The lightweight suit, born in the lab of professor Conor Walsh, uses thin, flexible wires to apply force to the hip joints, assisting the muscles and allowing them to work more efficiently. In doing so, the wires—which in the study were attached to an external power unit that pulls on them as the wearer runs on a treadmill—basically act as a second set of hip extensor muscles, which are crucial to a runner’s stride.

The researchers also experimented with when to deliver force. Interestingly, mimicking the body’s natural motions didn’t offer the most benefits. Instead, applying force to the hip joints slightly later in the stride seemed to have the strongest impact, because the effects trickled down to knee extension and foot strike.

“Sometimes we learn that a conventional biological view of a mechanism is not really how living systems work,” Wyss Institute Director Donald Ingber told the Harvard Gazette. “We need to place individual components—in this case, a human hip joint—in context of the living whole. When we do this right, transformative new technologies emerge.”

Don’t expect to suit up for your next 5K, though. The exosuit tested in the study wouldn’t work without the external power unit, which would be just a tad cumbersome for recreational joggers. It was also only tested for treadmill running.

The team’s long-term goal is a battery-operated, portable suit that runners could easily pop on for workouts, training sessions, or rehabilitation, but it’ll take a bit more tinkering with function and design to get there.

If and when the team succeeds, though, your workout wardrobe—and your personal best—could get a major upgrade.