Smoking While Pregnant May Expose Babies to Long-Term Risks

Expecting mothers have even more reason to quit smoking, a new study says. 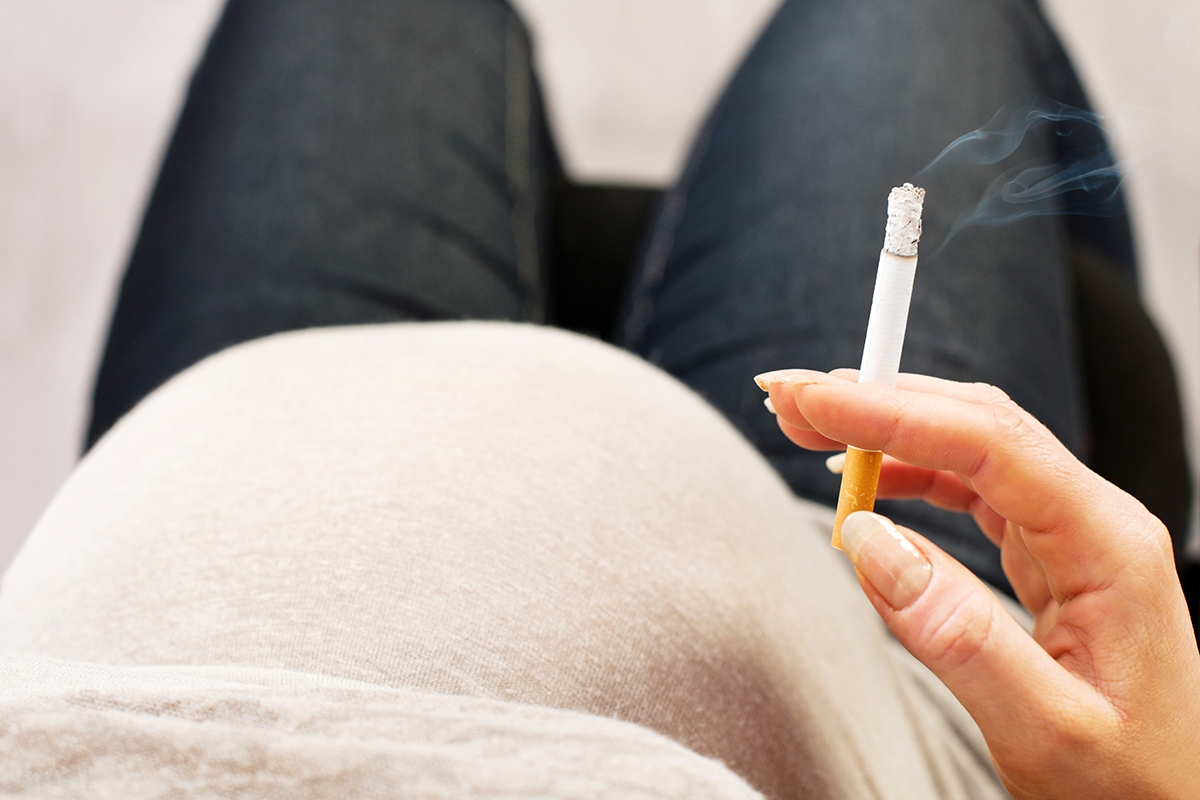 New research suggests that women who smoke while pregnant may put their children at risk of long-term behavioral and executive functioning problems.

The study, led by researchers from Boston University and Boston Medical Center, had teachers who were unaware of the study’s aim fill out Behavior Rating Inventory of Executive Function- Teacher Forms (BRIEF-TF) for a relatively small sample of students: 131 high schoolers, 51 percent of whom were male and 89 percent of whom were of color.

The researchers found that students exposed to as few as 10 cigarettes in utero—as determined by at-birth testing and mothers’ self-reporting—scored lower on the BRIEF-TF forms, indicating that they struggle to regulate behavior and function properly in the classroom. Intrauterine cocaine, marijuana, and alcohol use, however, did not predict a worse outcome.

For years, researchers have known that prenatal tobacco exposure can cause an array of short-term negative effects, including premature birth, low birth weight, and subsequent behavioral issues. But this study says the cognitive effects may last longer than previously thought.

According to the CDC, as many as 8 percent of women smoke at least once during pregnancy.

The study concludes that prenatal counseling should emphasize abstinence not only from alcohol and illicit drugs, but also tobacco.