Without insurance, Walsh says cancer would have bankrupted his family. 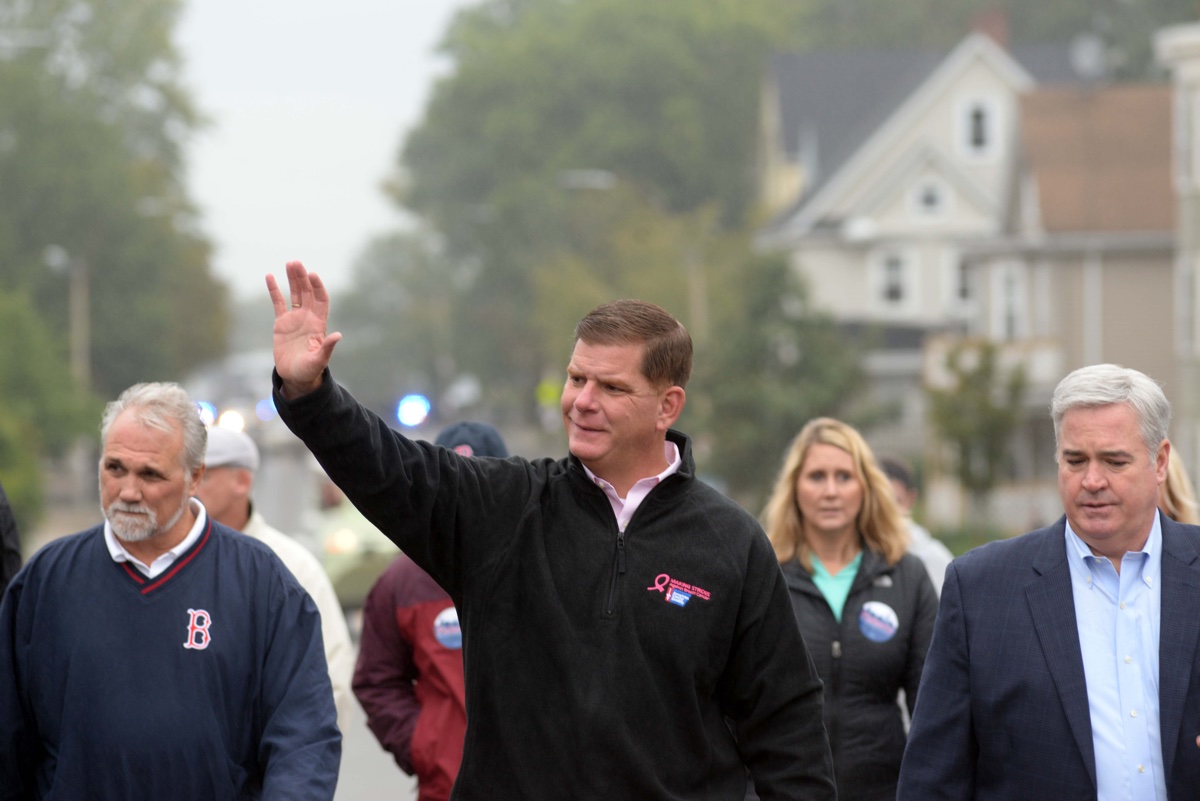 At last year’s Democratic National Convention, Mayor Marty Walsh made headlines for speaking publicly and candidly about his experience with alcohol abuse. And over the weekend, Walsh came forward to share another difficult part of his health history: his brush with pediatric cancer.

This time, Walsh used his platform to denounce the “unconscionable” and “cruel” healthcare bill making its way through the Senate—a bill that Walsh argues would bankrupt families like his by limiting insurance coverage.

In a blog post, Walsh recounts being diagnosed, at age seven, with Burkitt’s lymphoma, an aggressive cancer of the lymph system. It was only by virtue of his father’s union insurance, he writes, that he was able to win his fight with the disease.

“I can’t imagine what would’ve happened if my family didn’t have insurance,” he writes. “My treatment would’ve bankrupted us.

The healthcare bill that’s racing through the Senate right now is designed to do just that — make cash-strapped families pay for situations beyond their control, and put the savings toward tax cuts for the ultra-rich.”

Walsh goes on to note that the bill would put Medicaid recipients—including hundreds of thousands of Massachusetts children—in direct danger, while those on private insurance plans would have to contend with lifetime limits on care. For those reasons and others, Walsh writes that he’s joining mayors from around the country to fight the Senate bill.

“It’s because of my family’s insurance, and the great doctors at [Boston] Children’s, and the unwavering support of my community, that I’m around today,” Walsh writes. “If politicians back then had chosen to use the funding for my care to pay for tax cuts for the very wealthiest, I wouldn’t be.”