This Company Turns Your Workout Into a Virtual Reality Game 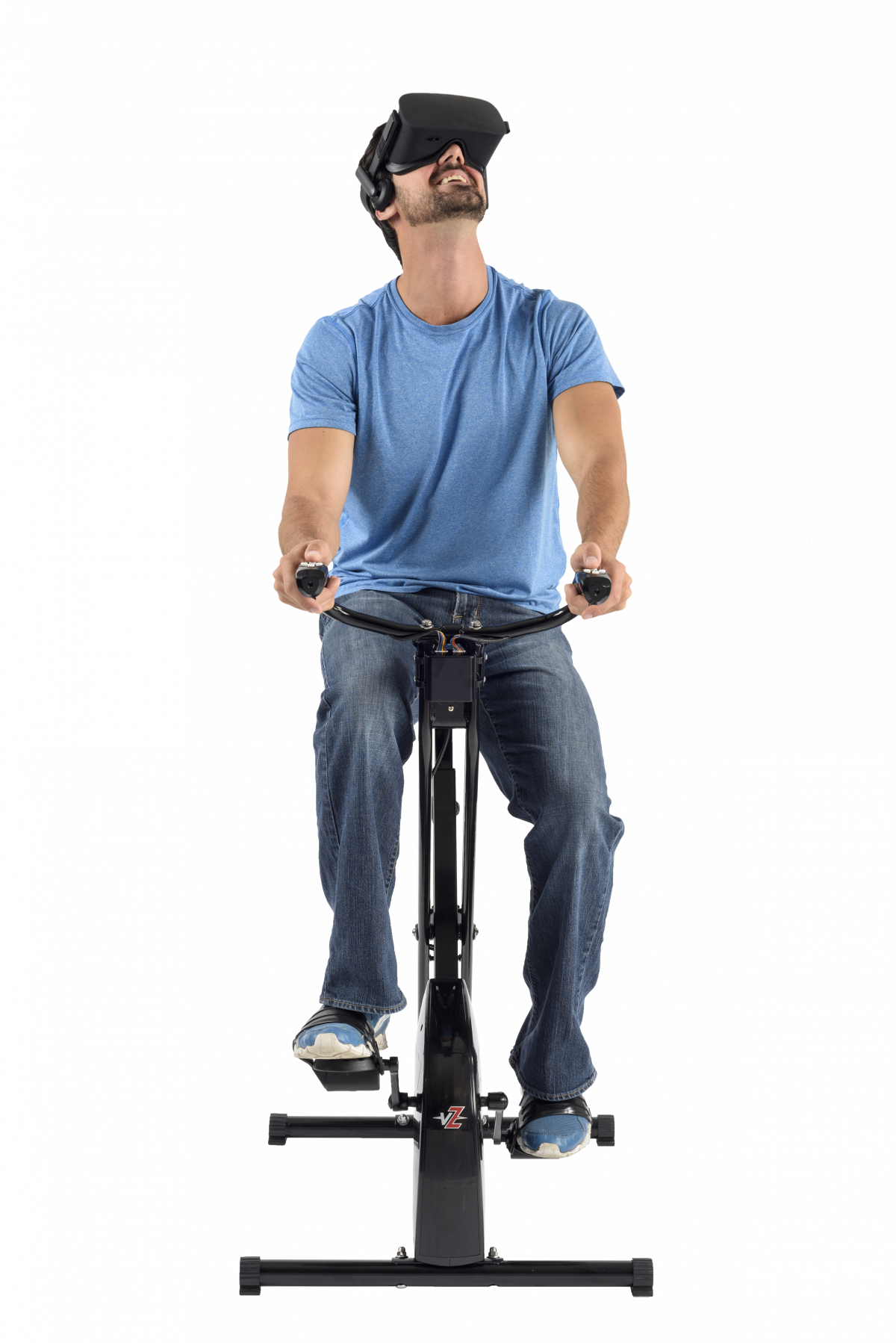 Does your Spin class feel as boring as watching the spin cycle? A Cambridge company wants to change the way you pedal, using virtual reality.

VirZoom, founded by CEO Eric Janszen and CTO Eric Malafeew, is behind a stationary bike that transforms fitness into a virtual reality (VR) game. Equipped with controllers on the handlebars, heart rate monitors, and built-in pedal sensors that track your direction and speed, a VirZoom bike can turn a couch-bound gamer into a cyclist.

The idea for VirZoom came to Janszen in 2015, when his bike was stashed away for the winter. “I’m an avid cyclist, but I don’t like riding bicycles in the snow. VR could provide a way to ride off-season,” Janszen says.

Fast-forward a couple years, and you have the VirZoom bike. When paired with VirZoom Arcade software, which now boasts seven VR games—everything from kayaking through a duck pond to engaging in a tank battle—users can get moving without feeling like they’re exercising.  There’s also a multi-player option that allows users to compete with each other for points, and riders are invited to pitch new ideas to the game developers.

“[Users] are smiling, enjoying themselves. It’s not the type of behavior you get from someone on an exercise equipment,” Janszen says. “We’re tricking you into exercising. It’s kind of a negative way of putting it, but we saw this huge problem for individuals who needed extrinsic motivation to exercise.”

One of VirZoom’s latest products, the VZ Sensor, is the size of a pack of quarters and lets you turn any stationary bike into a game world. “You can get any stationary bike, maybe the one gathering dust in your basement, and turn that into a VirZoom exercise game controller,” Janszen explains.

VZ Sensor, which just launched, is now available for preorder and costs $89.

Worried about your return on investment? Janszen says in a recent survey, VirZoom users reported exercising for an average of 24 minutes each day—a marked improvement over the long-untouched exercise equipment in your basement.

Indeed, Janszen says VirZoom is aimed at the “consumer that gets a health club membership but does not use it…[users] who need extrinsic motivation. We are creating these worlds that force you to move.”

And if you do have that health club membership, you may soon see VirZoom at a gym, too. Janszen says that the company has begun a pilot program and is testing its products at gyms in the U.S., New Zealand, Hong Kong, Germany, Finland, and Turkey.