Surgical Tools Used by Dr. John Warren Are Up for Auction
Subscribe
Follow
I'm a scraper
This search result is here to prevent scraping 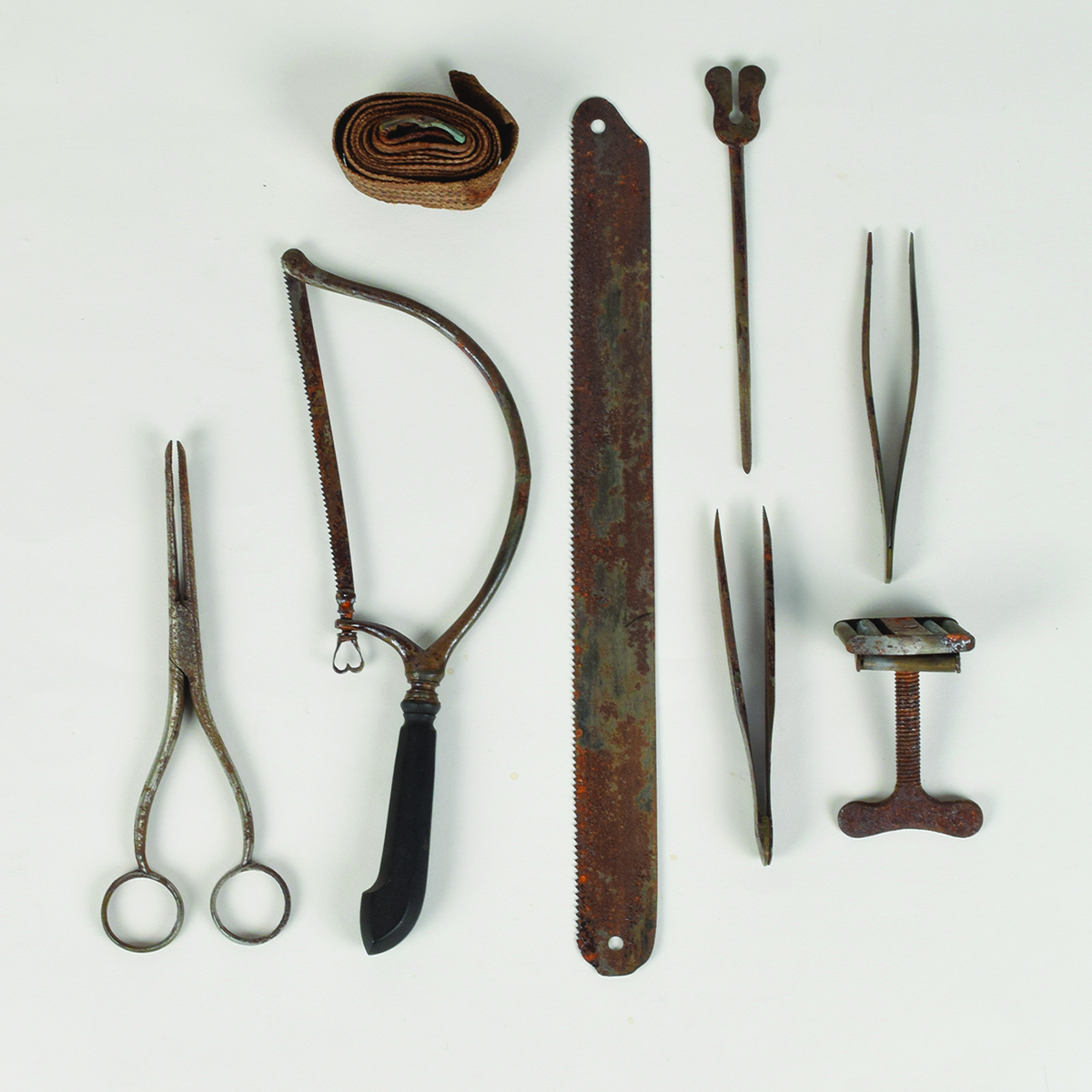 You could buy a piece of medical history this week—but it’ll cost you.

Two Revolutionary War amputation kits used by Dr. John Warren, a Continental Army surgeon who went on to found Harvard Medical School (HMS) in 1782, are up for auction. One kit is believed to have been given to Warren by his brother, Dr. General Joseph Warren, who died in the Battle of Bunker Hill.

The sets contain all manner of old-school medical treasures, including bullet and tissue forceps, a tourniquet, amputation saws and knives, surgical scissors, and more. The lot also includes a photocopy of a 1906 Boston Herald article documenting an exhibition of some of the tools at Harvard University, and correspondence from Warren’s son, John Collins Warren. In a letter to Henry J. Bigelow, who had recently been appointed to Warren’s old post as a professor of surgery at HMS, Collins Warren writes:

“The tourniquet is a French instrument from a model of great antiquity. It is, perhaps, the best instrument of the kind which has been invented. This, as well as the other instruments, was employed in the public service during the whole of the Revolutionary War.

These instruments I have taken great pleasure in transmitting to you, under the impression that they will receive additional honor, by being in the possession of one whose talents and industry will, I doubt not, reflect new lustre on the character of him who was the original possessor and your first predecessor in office.”

Harvard originally owned the tools, but sold them. They’ve had two other owners since then, and are now up for auction through RR Auction. Online bidding is open until 6 p.m. on Wednesday, July 12, followed by a window for live telephone bidding.

The house estimates that the kits could go for $50,000 or more—but as of this writing, bidding hovers around the low, low price of $13,000. Start counting your pennies if you want in, and find more information about the sale here.