Striking nurses will not be allowed to return until Monday. 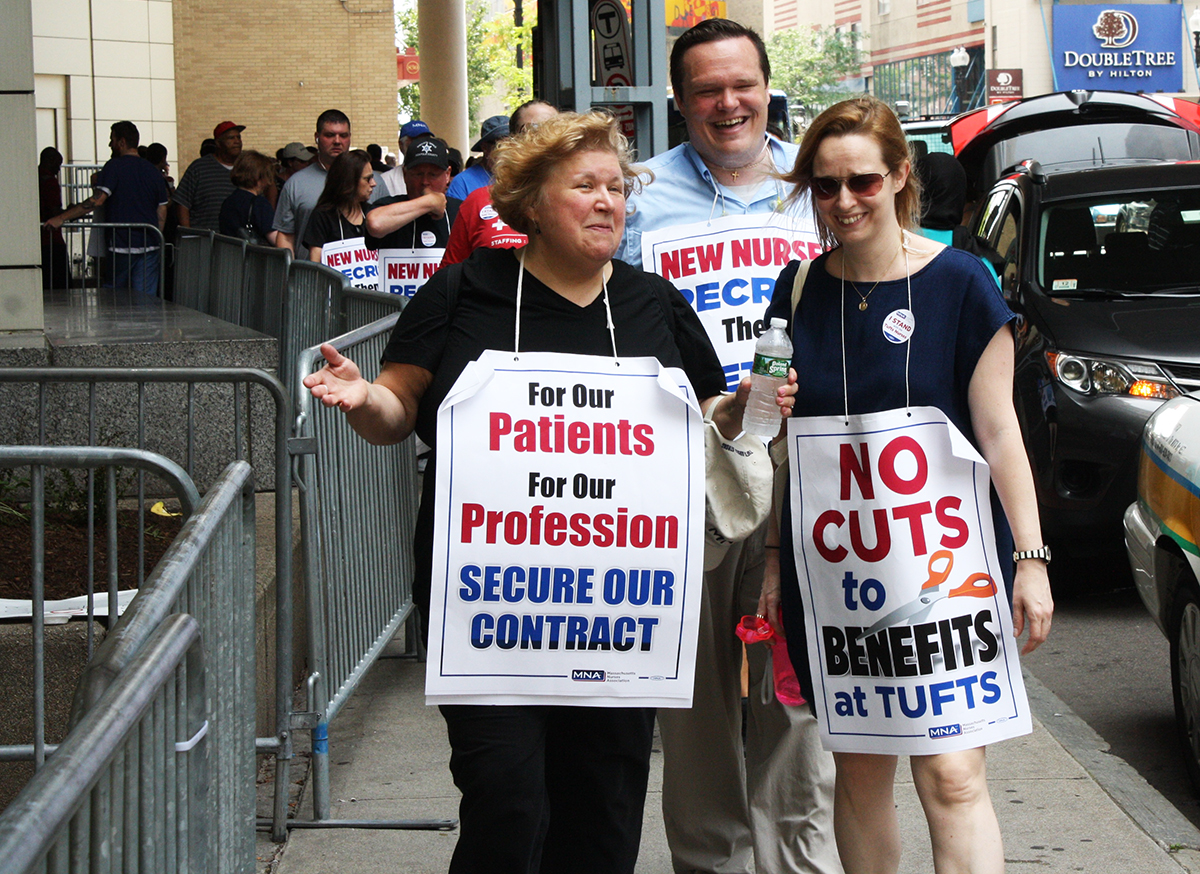 The strike at Tufts Medical Center is over—but nurses still aren’t back to work.

The 1,200 Tufts nurses represented by the Massachusetts Nurses Association (MNA) held a 24-hour strike beginning Wednesday morning, motivated by staffing, salary, and benefits complaints. On Thursday morning, more than 100 employees attempted to return to work, the Boston Globe reports, but were turned away by security.

Tufts warned nurses in advance that a lockout would continue for four days beyond a formal strike. Temporary nurses filling in during the strike, officials say, must be hired for at least five days.

In a statement, Tufts spokeswoman Rhonda Mann says the attempt to return was nothing more than a publicity stunt. “Part of the MNA playbook is staging a dramatic scene the morning after a strike. This is a stunt orchestrated for the media,’’ she says. “If the MNA was so concerned about our nurses returning to the bedside, it should never have taken them out on strike and away from their patients.”

Nurses remain on the picket line during the lockout, which is expected to end Monday. The MNA has also taken to Twitter to express its nurses’ desire to return to work.

.@TuftsMedicalCtr security stops nurses from caring for their patients at end of 24-hour strike. #TuftsRNsTogether pic.twitter.com/JqRx7NiezQ