The Chart: Local Health and Science News You Missed This Week

Including a local family's fight for Medicaid. 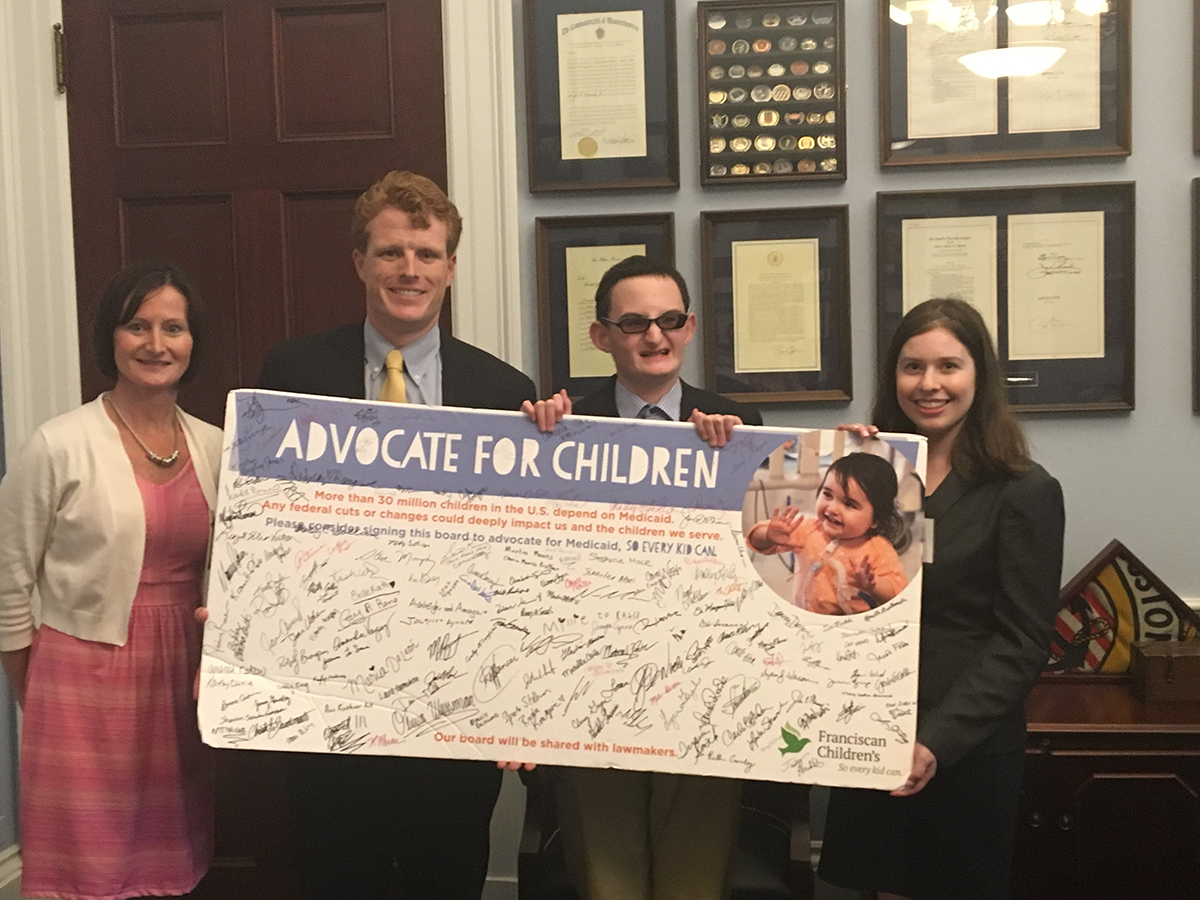 A local family fights for Medicaid.

Tom Geraci and his family know the importance of Medicaid all to well. Geraci—who is legally blind and on the autism spectrum—has faced health battles ever since he was born four months early 14 years ago. Today, he regularly visits Brighton’s Franciscan Children’s for physical and occupational therapy, as well as mental healthcare—and his family couldn’t pay for it all without Medicaid.

So this week, Geraci, his mother, and Jennifer Atlas, director of strategy and special projects at Franciscan Children’s, traveled to Washington, D.C., to plead their case to Sen. Elizabeth Warren, Sen. Ed Markey, and Rep. Joe Kennedy, in hopes of putting a face to the fight for Medicaid. “I like sharing my life story. But I also wanted to inspire others,” Geraci says. “I hope that the BCRA doesn’t get approved, because that’s bad for kids.”

When cancer spreads throughout the body and into the brain, there’s not much doctors can do. But a novel technique developed at Brigham and Women’s Hospital (BWH) may someday offer a solution.

BWH researchers modified mice to express metastatic brain tumors derived from melanoma cells. They then injected the mice (through their carotid arteries) with stem cells loaded with oncolytic herpes simplex virus, a vector that has shown promise in killing off tumor cells. Mice that received the injection showed slower tumor growth and longer survival than mice that did not, and their healthy brain tissue remained unaffected. “This work will have direct implications for designing clinical trials using oncolytic viruses for metastatic tumors in the brain,” says lead researcher Khalid Shah in a statement. See the fully study in PNAS.

The owner of a Boston-based home health agency and one of her employees have been arrested for submitting nearly $2.7 million in fraudulent charges to MassHealth, the state’s Medicaid agency. According to a brief from Attorney General Maura Healey’s office, Elena Kurbatzky, who owns Harmony home health agency, and her employee Natan Zalyapin routinely billed MassHealth for too much, or billed it for procedures that were unauthorized or never happened. Both pleaded not guilty to numerous charges associated with the case. They’re set to appear in Suffolk Superior Court on August 8.