How One BWH Doctor Is Improving Health Equity, One Patient at a Time 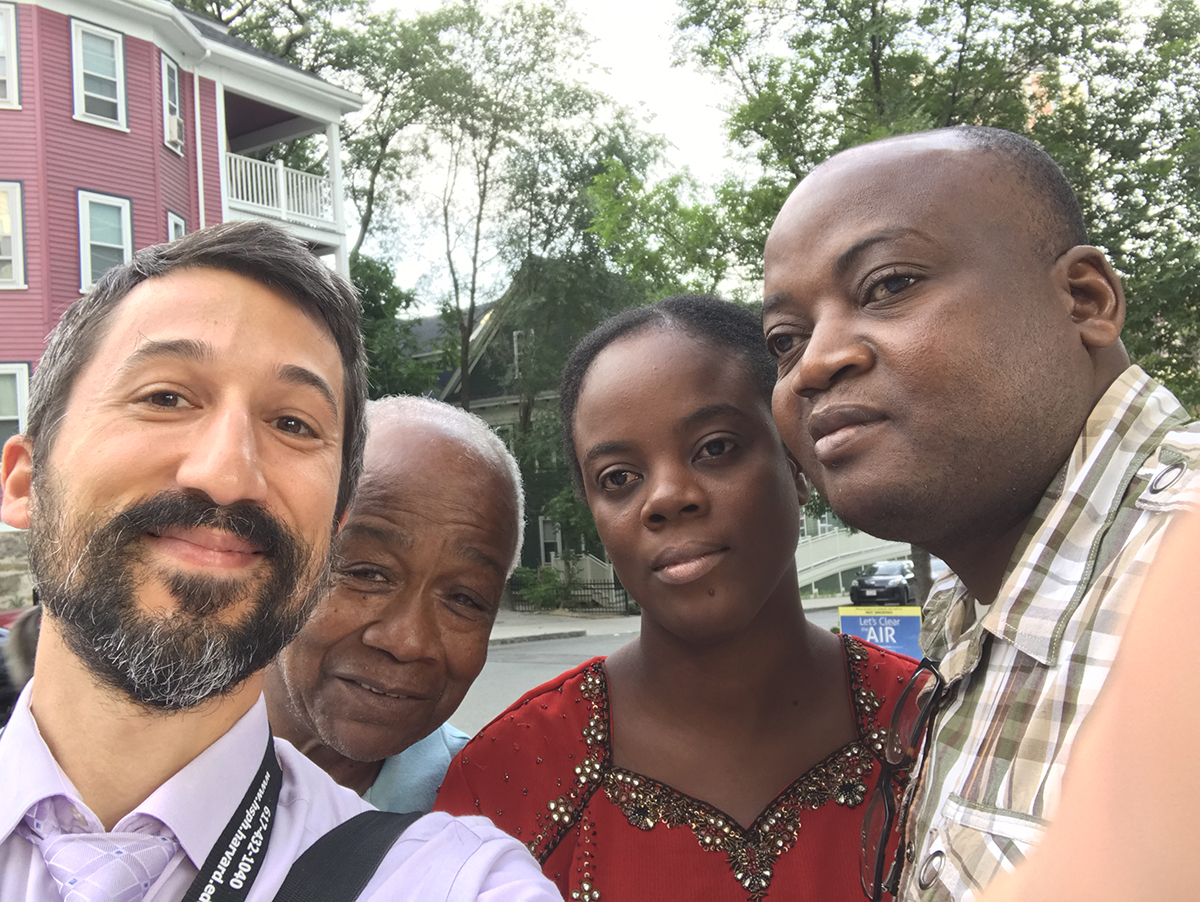 From right: The patient, his wife, his local caretaker, and Dr. Berkowitz

There are 120 neurologists working at Brigham and Women’s Hospital (BWH). In the entire nation of Haiti, there is only one.

Two, if you count Aaron Berkowitz. He’s the director of BWH’s Global Neurology Program, and, in conjunction with local healthy equality nonprofits Partners in Health (PIH) and EqualHealth, he regularly travels to the Caribbean nation—population: nearly 11 million—to offer training and support to local doctors who wish to learn about his specialty. While there, he often sees patients who desperately need neurological care. And sometimes, he works miracles.

“Neurology is not usually a heroic specialty,” Berkowitz says. “We’re not the ones who can fly into the middle of somewhere and take out someone’s cataract and they go from blind to seeing. Rarely did I think, ‘We have the power to actually change what’s going to happen here for an individual patient in a major way.'”

A recent trip proved an exception. Berkowitz met a 42-year-old pastor progressively losing vision due to a baseball-sized brain tumor pressing on his optic nerve. It was a surgical case too complicated for the local hospital and its doctors, but one Berkowitz knew could be performed successfully at BWH.

Berkowitz and PIH had brought a few similar patients—a 24-year-old man virtually paralyzed by a brain tumor; a child paralyzed from the neck down due to a cyst—back to Boston before, and he decided to do it again. With Anne Beckett, a former PIH employee and current resident in BWH’s Global Health Equity Program, running point, the team spent months coordinating the many, many logistics standing between the patient and the care he needed. Earlier this month, the patient finally landed in Boston.

“It is months and months of this logistical slog,” Beckett says. “I just feel this incredible sense of relief once they’ve physically arrived.”

That relief was compounded when the pastor was discharged from the hospital less than a week after a successful 10-hour neurosurgery. “That moment at the airport when it feels like finally the work can begin, and then the period of recovery and looking to the future after the surgery are the parts of the process I reap the most joy from,” Beckett says.

That relief is no surprise, considering the amount of work it takes to get a patient here. First, a surgeon must decide the patient can benefit from a procedure back in Boston. Then, the hospital must give the green light to offer pro bono care. Once that’s approved, coordinators secure social supports—like a local host family—for the patient. Finally, they’re tasked with obtaining a passport, visa, and plane tickets for the individual, who oftentimes has virtually no legal documentation attached to his or her name.

The process is lengthy, but it was made slightly easier, Beckett says, thanks to BWH, which is committed to providing care to patients in need.

“A key part of BWH’s mission is to serve the needs of our local and global community,” says BWH spokeswoman Elaine St. Peter. “Through a small endowed fund, supported by philanthropy, BWH is able to provide access to critical care for a small number of local and international patients.”

Small may be the operative word in that sentence. While pro bono care is incredibly impactful for the patients able to get through the process, there are many more people who will never get through the system—something Berkowitz, who does similar work in Malawi and Navajo Nation, says can weigh on him and his colleagues.

“There’s an endless need,” he admits. “You say, ‘This is what I know how to do, and if people feel it’s valuable there, I should do it.’ Hopefully in some small way, that puts one small drop of water in a large bucket of need. The bucket feels bottomless at many times, and the drops we put in as individuals and as large teams feel small.”

Training programs like the one Berkowitz runs in Haiti can, over time, shrink the bucket’s size. But the process is slow: Training neurologists takes years that patients don’t have. So in the meantime, Berkowitz says the only way forward is to keep dipping into the ever-replenishing well of need, fighting whichever battles can be won. The costs are high—but for patients like the Haitian pastor, so are the rewards.

“This is a human being suffering who can have that suffering alleviated if we can get everything in order to do so,” Berkowitz says. “Somehow all of the cost effectiveness, public health, greater good arguments collapse, because for this person, what’s at stake is their life.”