MIT May Be on to a New Way to Diagnose Cancer 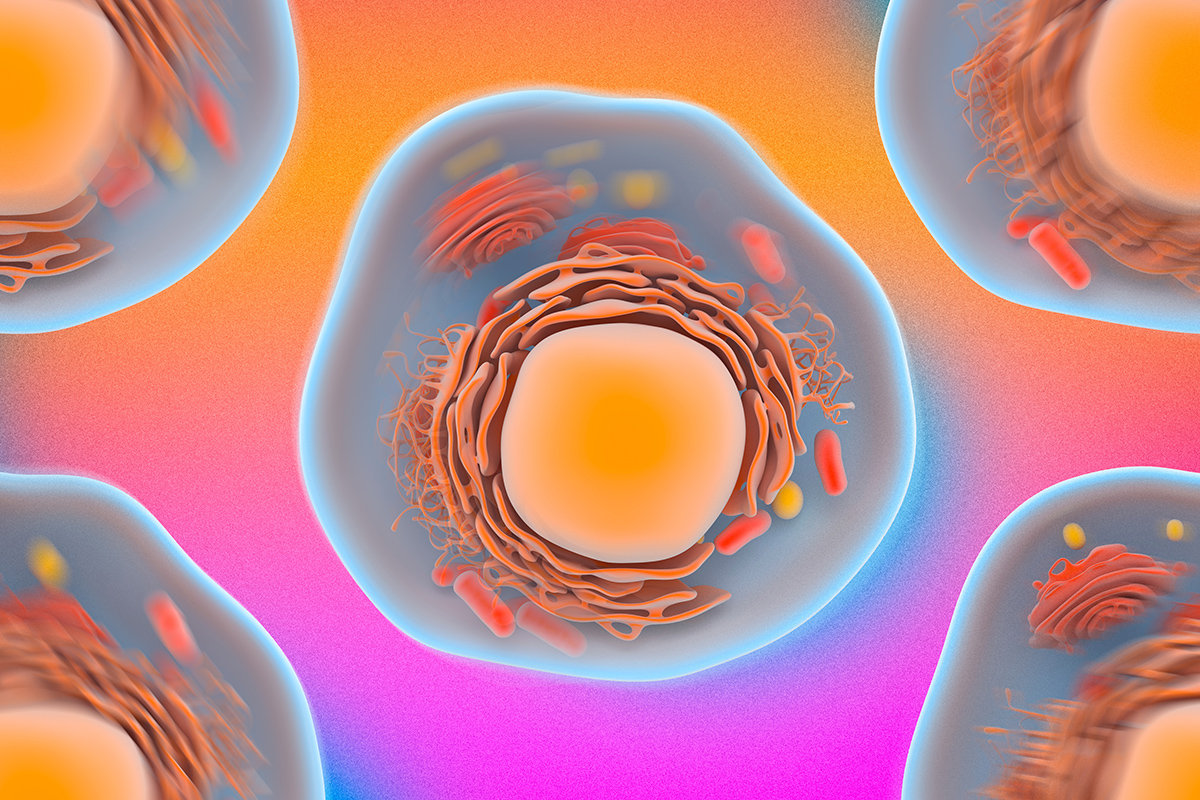 What if doctors could diagnose cancer just by looking at it? Thanks to a breakthrough from MIT, it may someday be that easy.

Scientists have long known that diseased cells have different physical traits than healthy cells. Cancer cells are softer than average, for example, while asthma-affected cells are stiffer. Identifying these differences can help doctors diagnose diseases, and see how quickly they’re progressing. The problem is that there hasn’t been a way to discern that information without using expensive tools and techniques that are invasive to the cells—until now.

In a paper published Thursday in the Journal of the Mechanics and Physics of Solids, MIT mechanical engineering professor Ming Guo describes a new technique for assessing cells. But while the technique may be new, it relies on an old lab staple: the microscope.

Guo’s breakthrough revolves around something called the Stokes-Einstein equation. (Yes, that Einstein.) Using the equation, it’s possible to determine a material’s mechanical properties—like stiffness, for example—by measuring the way particles move within that material when it’s at equilibrium. Cells, however, are rarely in this undisturbed state; molecules and proteins are constantly zinging around inside, causing movements that Guo says in a statement “basically shut the door on using Einstein’s equation and pure observation to measure a cell’s mechanical properties.”

But Guo and graduate student Satish Kumar Gupta came to a realization that may have re-opened that door. They noticed that particles naturally powered by a cell’s internal temperature are constantly moving, while active processes—the kind that throw off the Stokes-Einstein equation—happen at a relatively slower rate. Observing tiny snapshots of cells’ activity, then, may allow scientists to see only constant motions, effectively zeroing in on equilibrium.

Guo and Gupta tested their hypothesis on fast-growing human melanoma cells, some of which were injected with salt to manufacture stiffness. After cross-checking their measurements with optical tweezers, the current standard for determining cells’ mechanical properties, they found that watching cell recordings at a speed of 10 frames per second or faster produced accurate results.

“Now if people want to measure the mechanical properties of cells, they can just watch them,” Guo says.

It’s already possible to imagine how this research could affect medicine: Guo and Gupta are currently working with doctors at Massachusetts General Hospital, who hope to use the technique to study diseases such as cancer and asthma.