In Sandwich, First Responders Are Tackling a Hidden Consequence of the Opioid Crisis

They've developed a safe and efficient way to dispose of needles. 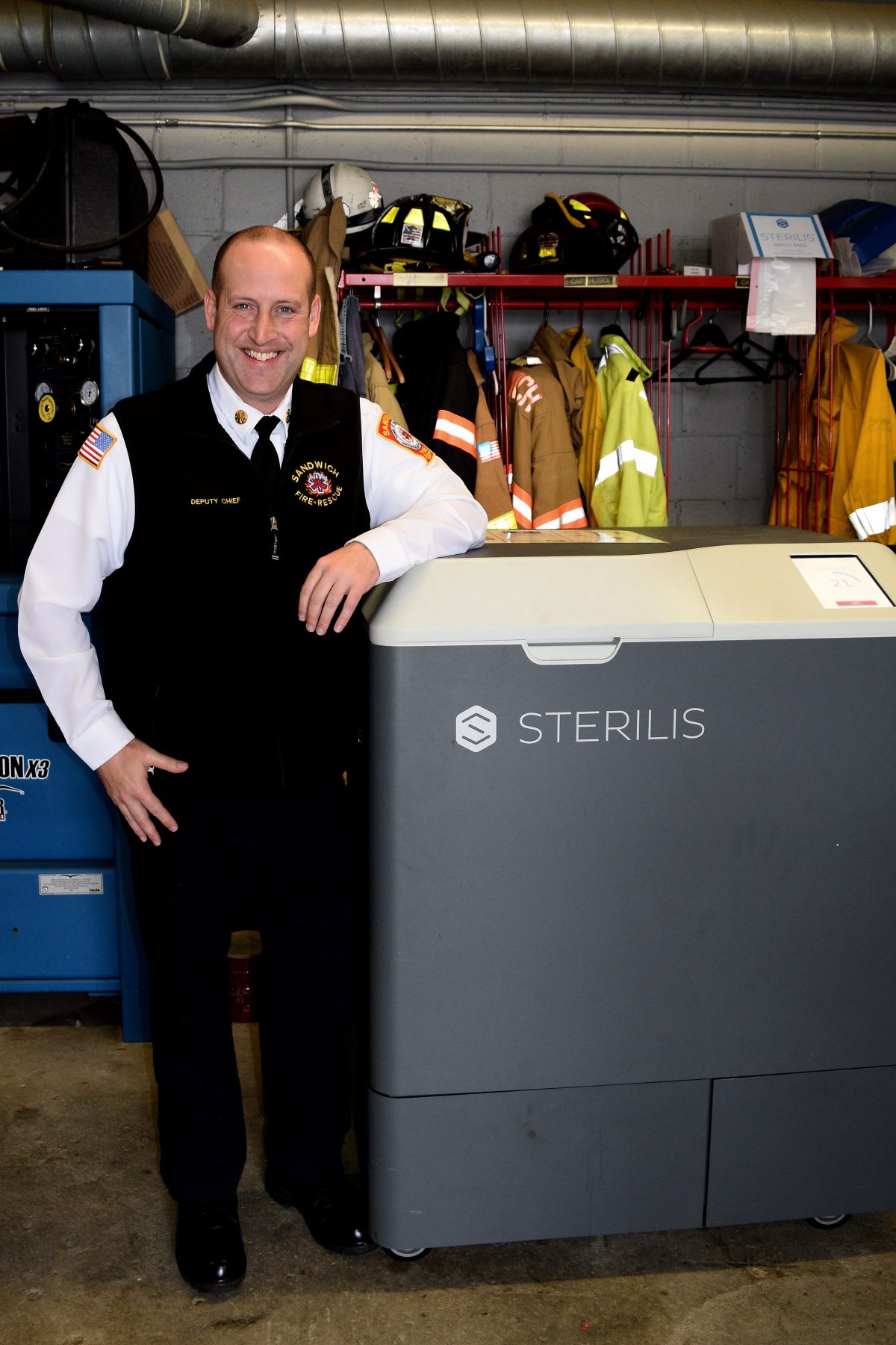 Just a few weeks ago, Sandwich police responded to a call that has become all too typical: A gas station patron found an unconscious man on the bathroom floor. The man, who had overdosed, was resuscitated and sent to the hospital.

The call would have ended there, had it not been for two needles atop the trash can in the bathroom stall—sharps that first responders would now have to dispose of, despite the risk of needle pricks and potential blood pathogens. Scenes like this one, says Sandwich Deputy Fire Chief John “JJ” Burke, weigh heavily on first responders who are left to deal with the aftermath of drug calls.

Burke, who is also a research associate and course educator at the Boston University School of Medicine, says in this case, the police sergeant donned thick gloves to carefully move the needles into a sharps container, then brought them to a needle drop-off center at the fire station. There, a machine called Sterilis, created by a Boxborough startup of the same name, sterilized the needles and ground them into a fine confetti. Sandwich has been using the machine for more than two years—the longest time a machine of its type has been used nationwide.

Bob Winskowicz, CEO of Sterilis, says the machine is a safe and convenient alternative to traditional sharps management.

“[Sterilis] is self-contained,” Winskowicz says. “You wheel it in, plug it into a wall, and take the sharps container, and instead of bringing it down to a place where they box it up and label it, they can simply put it into our machine, press a button, and within 60 minutes it sterilizes the needle, and then it grinds it up into a fine confetti.”

Burke says responders in Sandwich collect roughly 600 needles each week. Were it not for Sterilis, the responding officers would have to do what most across the nation still do: move the needles to a sharps container, usually in an EMT truck, then pass them from person to person until they—hopefully—reach an incinerator without incident.

The opioid epidemic has certainly heightened the risks for first responders, but needles come from other sources, too. Many patients—who may need needles for insulin injections, hormone treatments, or other sanctioned medical uses—toss them in their home trash, unknowingly putting sanitation workers at risk. Burke and his firemen once demonstrated the dangers by filling a trash bag with sharpened pencils, mimicking pointed needles. When firemen copied the motions a sanitation worker makes while tossing a trash bag into a garbage truck, they were pricked by the pencils.

“You can’t differentiate between a needle used by an opioid user and that of an in-home medical user,” Burke says. “Sharps needles are armed and dangerous until rendered safe.”

In 2012, Massachusetts put forth policies that regulate the disposal of medical needles. But Burke has taken it even further by opening his fire station’s no-questions-asked needle drop-off center. The center, which is open 24/7, processes and sterilizes 1,000 needles per week on-site, cutting out the middle man.

“Eighty percent [of drop-offs] are in-home medical [needles],” Burke says. “The rest I’m going to assume are opioid users, but we are a no-questions-asked [facility].”

Slowly but surely, others are joining Burke and his contemporaries in improving the management of potentially dangerous needles, in a variety of different ways. On June 14, for example, the Massachusetts Supreme Judicial Court ruled in favor of needle redistribution programs, a decision that could reduce the transmission of blood-borne illnesses like HIV and hepatitis C.