The Red Sox and NESN Will Honor Jerry Remy on Sunday

The veteran broadcaster is about to begin chemotherapy for lung cancer. 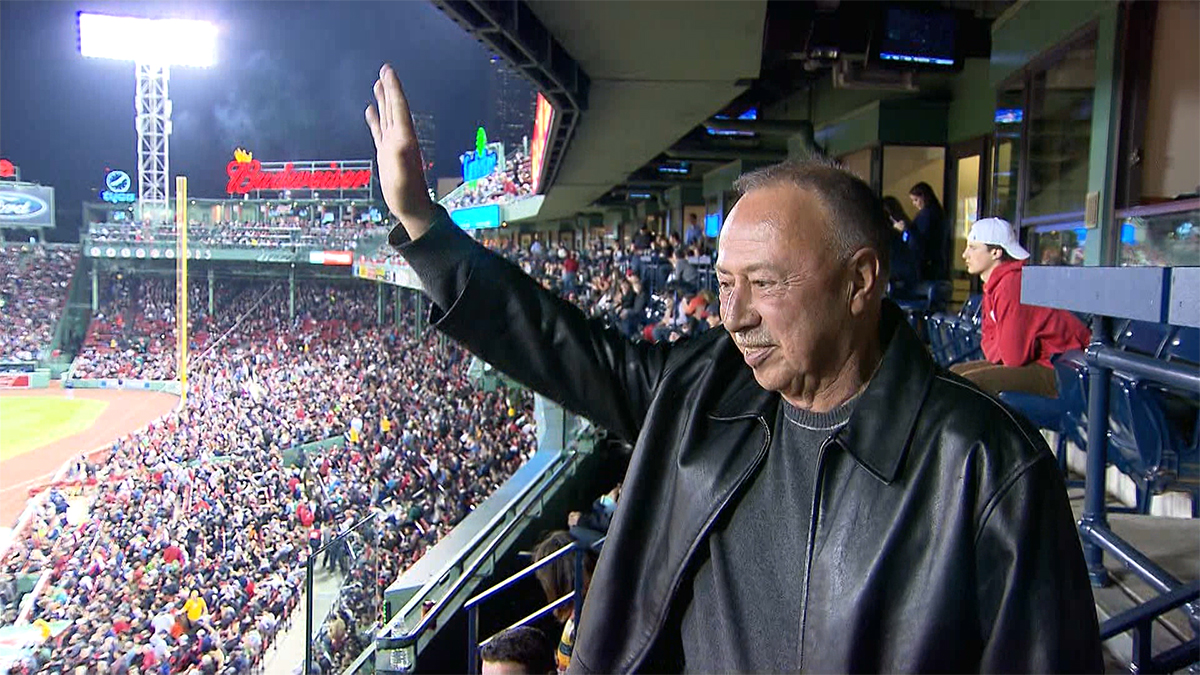 Remy waves to fans during a game last year/photo provided

Sunday’s Red Sox-Yankees game will begin with much fanfare, as NESN and the Red Sox celebrate Fenway fixture Jerry Remy’s 30 years, and 3,900 games, in the broadcast booth.

“It’s an awfully nice thing for the Red Sox and NESN to do,” Remy says, gratefully. But really, the veteran color commentator, who also played for the Sox from 1978 to 1984, just wants to get back to work.

Remy, 64, has been out of the booth since before the All-Star break, after having surgery to treat his fifth lung cancer diagnosis in less than a decade. And fans certainly aren’t the only ones feeling Remy’s absence.

“I check scores and I read the papers and I know what’s going on, but I can’t sit there and watch a game that I’m supposed to be doing. I have a lot of boring nights,” he laughs. “I’m anxious to get going with it to get this behind me and get back to doing what I love to do, and that’s my job.”

“It,” unfortunately, is chemotherapy, which Remy will begin on Tuesday. Though he’s been treated for lung cancer several times before, including his latest operation at Massachusetts General Hospital in June, this will be the broadcaster’s first brush with chemo. Treatment is expected to keep him off the air for the rest of the season.

Though Remy is eager to be back at Fenway, he says he’s making the best of a “lousy situation” by using his public platform to urge fans to visit the doctor and have regular checkups. “I wasn’t the type of person who took a regular physical and was in there every year; as a matter of fact, I would do everything to avoid it,” he remembers. “Had I not gone in to see [my doctor], it’s possible I could be dead today.”

Remy credits his treatment team—Boston has “the greatest doctors in the world,” he says—with his success, and marvels at how far cancer treatment has come in the past few decades. The longtime supporter of the annual Jimmy Fund Telethon, which took place earlier this week and raises money for Dana-Farber Cancer Institute, also says his own diagnosis has made him far more empathetic to the patients and survivors he’s met over the years.

“To find yourself going through it yourself, it’s kind of a different feeling. It’s like, wait a minute, these are real people who are going through this,” he says. “All of a sudden it’s happening to you.”

Remy will throw out the ceremonial first pitch before Sunday’s game. The event, which NESN will broadcast live before the 1:35 p.m. game, will also celebrate memorable moments from his 30-year broadcast career.