Is “Regular” Yoga a Thing of the Past?

Specialty classes, from weed yoga to goat yoga, are taking over Boston. 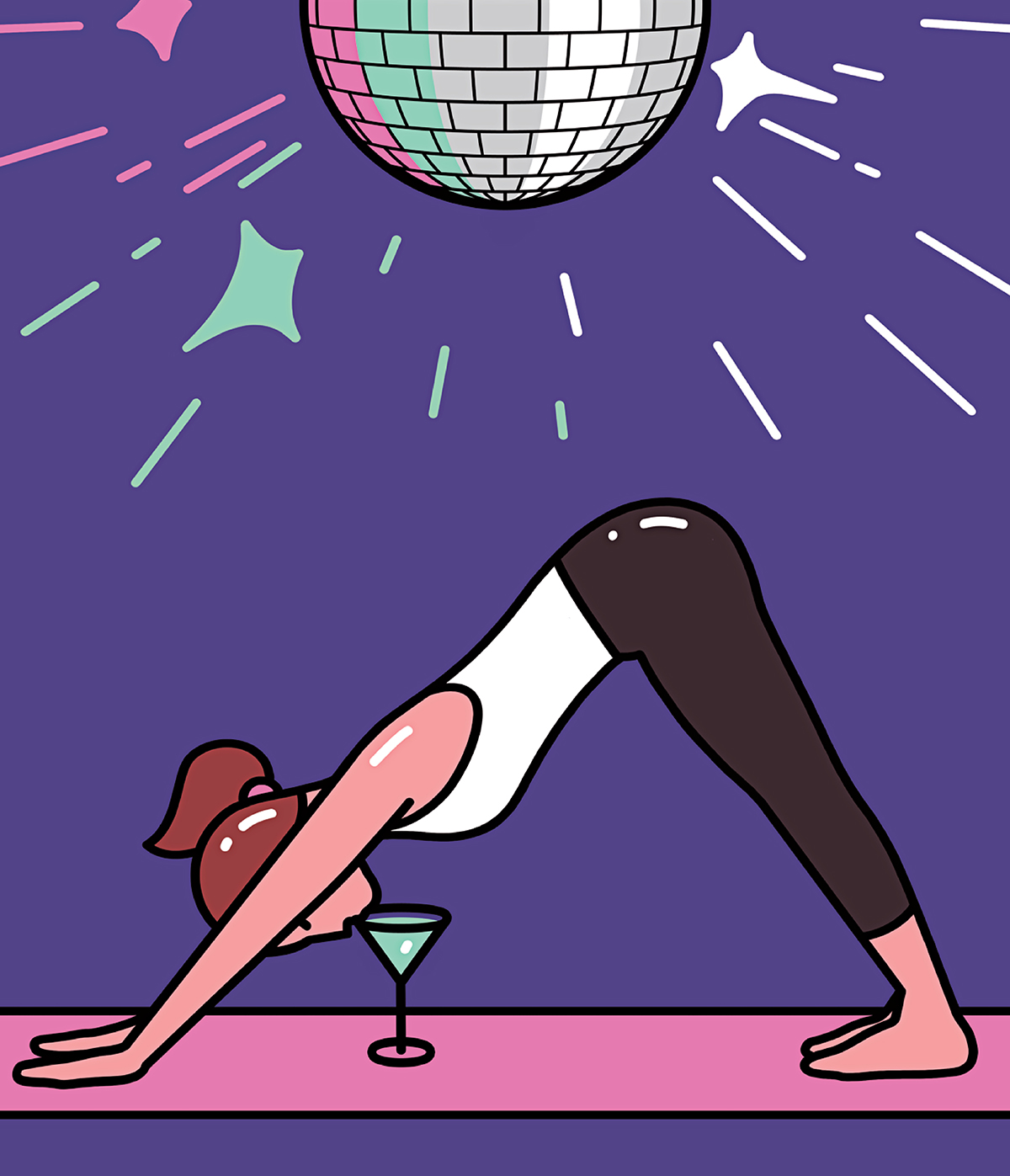 “I ended up with people semi-interested, maybe 10 or 15 people coming to class,” remembers the former owner of Back Bay Yoga and Sweat and Soul Yoga, who sold her studios to YogaWorks in 2015. “It was no overnight success.”

But Begier’s baby, which is still taught at YogaWorks and attracts throngs of students multiple times a week, seems downright tame next to the out-there specialty classes flooding into the Boston area these days. There’s goat yoga. There’s Harry Potter yoga. There’s marijuana yoga. There’s even mermaid yoga. These niche classes just keep coming and coming and coming, and they’ve become so popular, it sometimes feels as though “regular” yoga is becoming a thing of the past. (Remember vinyasa?)

Yes, these classes are fun. (In full disclosure, I frequent YogaWorks’ hip hop classes myself, and I’ve tried blacklight yoga, aerial yoga, and more for this website.) But there’s a point at which they begin to feel like a caricature of themselves. Another funky class? Another crazy combination? The whole thing can get kind of tiring—and, depending on who you ask, problematic.

“I am appalled at the proliferation of gimmicky, fadish, niche classes which serve to dumb down and dress up yoga,” says Justine Wiltshire Cohen, the owner of Down Under School of Yoga. “What is an abomination is commercially driven, fadish yoga classes which actually turn yoga into the very distraction it is meant to be an antidote for.”

Yoga, Cohen says, should be about quieting the mind and freeing yourself from the distractions of daily life. So classes that add distractions—the kind that have you “hanging a disco ball and playing loud music while smoking a joint and patting a goat,” Cohen jokes—can’t and shouldn’t really be called yoga, as she sees it.

She’s quick to point out, however, that not all so-called specialty classes are bad. There’s a valuable place for classes like yoga for back pain, or yoga for depression. Offerings only wade into problem territory when they’re driven by the bottom line, rather than a specific anatomical or philosophical goal. “The type of class that is an abomination is the type of class in which some clever marketing exec comes up with an idea of something that, when combined with yoga, could be a good [idea],” she says.

Begier, whose hip hop classes arguably birthed the specialty genre in Boston, makes a similar point, but she’s a bit more accepting of the category, arguing that nobody should judge any class before experiencing it, and adding that all Westernized yoga strays from the practice’s ancient roots.

“If you’re passionate about it and you feel like this is something that you benefit from and your students can benefit from and its healing and it’s helpful, then go out and get your message out there,” Begier says. “But if you’re just doing it for marketing or numbers or money or fame, then I would question it.”

Jenny Ravikumar, who hosted the aforementioned Harry Potter yoga class at Middleton’s Barefoot Yoga Shala, says she has her own qualms about specialty classes, but feels it’s possible to lead them in a thoughtful way. Her Harry Potter workshop, for example, incorporated themes of darkness and light that could be tied back directly to the practice, a consideration she calls “crucial.”

And while she admits that some classes go too far, Ravikumar feels that there’s little harm in the ever-wackier incarnations of yoga. “It’s kind of a nice way to draw people in. It’s almost this sense of belonging,” she says. “If goat yoga or beer yoga is going to get you closer to being connected to your mind and your body, go for it. If that’s your gateway drug, go right ahead.”

Cohen—who stresses that she’s not calling out any one class or studio—doesn’t buy that argument.

“You really want to make yoga accessible? Offer different levels. Don’t fall back on the idea that it has to be some bastardization of popular culture, which is already frenetic,” she says. “I believe that rationale is actually being used to justify what is just shameless commerce, and commercially driven, desperate grabs at getting numbers.”

It’s no surprise that studios are pushing the envelope, though. One recent analysis estimated that Boston has an incredible 204 places to practice yoga, breeding competition and forcing studios to get creative in order to survive. Even Cohen, who says Down Under’s strict programming standards have been costly at times but well worth it in the long run, laments how difficult this market is, asking, “Do you know how hard it is to pay the bills?”

It’s hard to blame studios for mixing it up and ushering new students through their doors, even if some efforts are worthy of a hearty eyeroll. Begier’s hip hop classes prove that pushing beyond the traditional boundaries of yoga sometimes works. And, Begier says, classes that aren’t up to snuff won’t make it in this market, anyway.

“It’s survival of the fittest,” she says. “If somebody has an offering that is authentic and connects to people, it will thrive and succeed. The ones that are mediocre or gimmicky probably won’t last. That’s the beauty of it. They’ll weed themselves out.”

In the meantime? Grab a beer, a joint, or a goat, and say namaste.