You Can Join This Epic Walk from Boston to Maine

Endurance swimmer Diana Nyad is leading a journey along the New England coast. 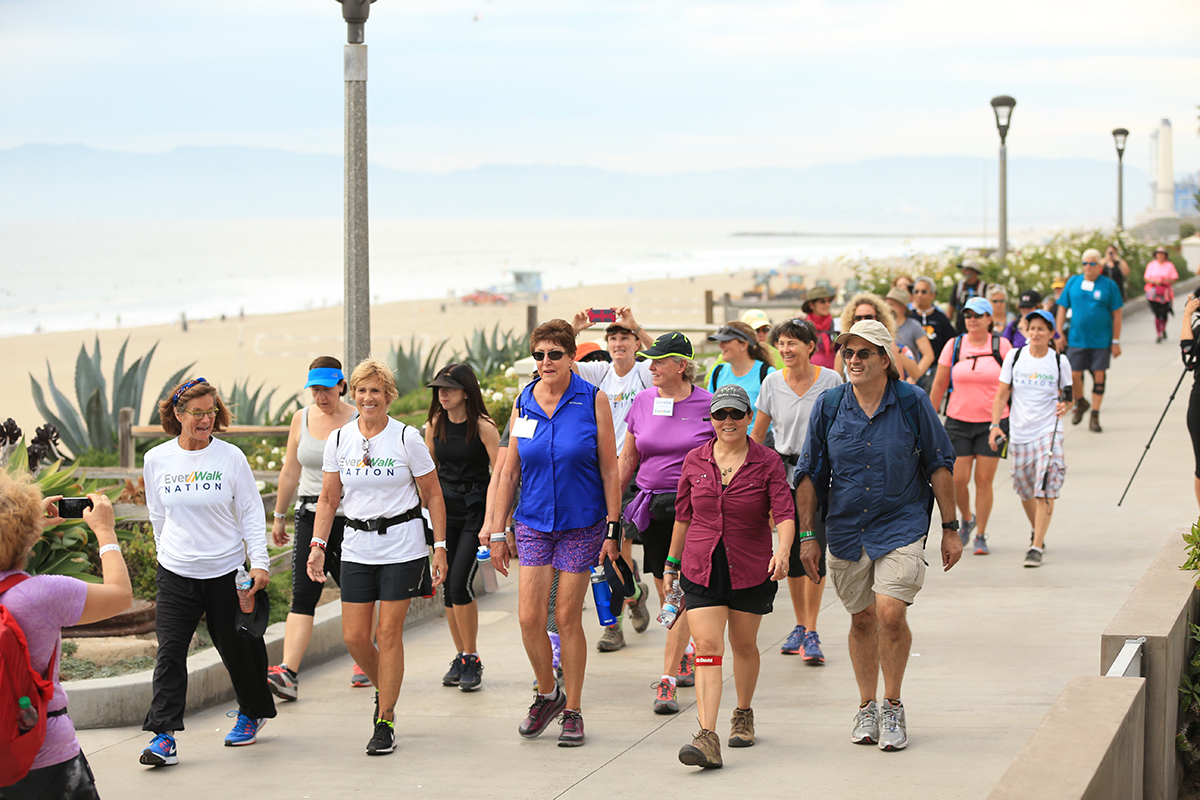 Diana Nyad knows a thing or two about endurance.

In 2013, at the age of 64, the fabled distance swimmer became the first person, man or woman, to swim the 111 miles from Cuba to Florida without a shark cage. The journey took 53 hours, but Nyad emerged from the water triumphant—and she wants you to know what that feels like.

“Most people either don’t have the time or they don’t see themselves doing something that epic, but they have epic in them,” Nyad says. “And they can walk.”

Hence Nyad’s latest project. Starting September 10, she, along with her Cuba expedition leader Bonnie Stoll, will guide more than 200 people on a week-long, 132-mile walk from Boston’s Copley Square to Cape Elizabeth, Maine. The trip is about tapping into that epic spirit, but also about bringing people together and uniting them around a shared goal and experience, Nyad says.

Walkers who opt to complete the whole trek, which is run through the duo’s organization EverWalk and dubbed the Epic EverWalk New England, will average roughly 20 miles per day, walking first from Boston to the North Shore, then up the New Hampshire coastline, and finally onward to Cape Elizabeth. The group will spend nights at hotels along the route, and EverWalk will provide transportation to each day’s starting line. Boston Marathon Race Director Dave McGillivray, and his company DMSE Sports, are overseeing operations, while Boston Marathon bombing survivor Adrianne Haslet-Davis has signed on to join the walk.

Those who aren’t up for completing the whole journey can also participate by the day, or choose to walk five or 10 miles per day. (Find logistics and registration details here.)

“There’s something dynamic about reaching into your potential,” Nyad says of the walk. “I don’t exaggerate to say it’s been life changing.”

EverWalk hosted its first Epic Walk, from Los Angeles to San Diego, this past fall, and plenty of other events are on the horizon. But Nyad says EverWalk’s vision transcends its events. The dream, she says, is to turn EverWalk into an online hub for walkers, helping individuals commit to healthy lifestyles and connect with equally devoted people around the country and world. Ideally, she says the community will someday number a million strong.

“We’re encouraging people to walk everywhere. Walk to get your groceries. Walk your kids to school, like we used to do. Walk after dinner in your neighborhood,” Nyad urges. “We want to turn America into a nation of walkers.”