Mass. Has the Third-Lowest Obesity Rate in the Country

According to the new State of Obesity report. 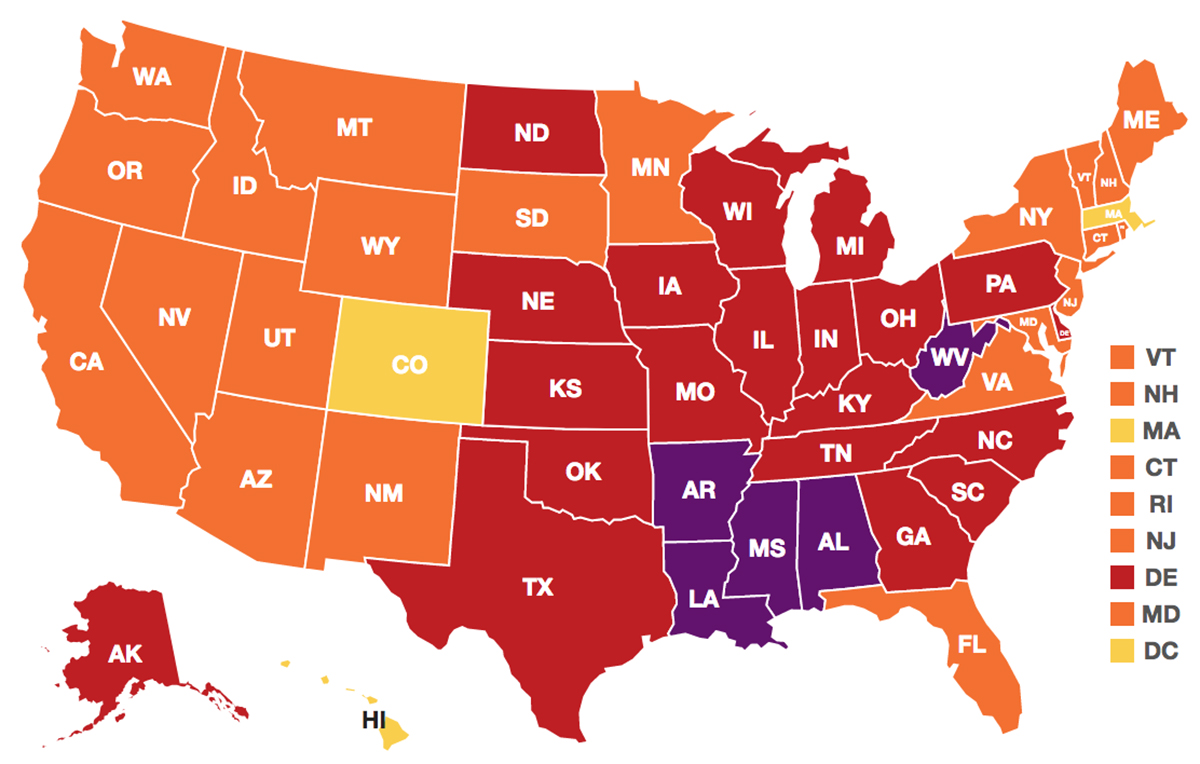 Each year, the Robert Wood Johnson Foundation and the Trust for America’s Health release the State of Obesity report, a snapshot of health across the United States. This year, we’re happy to report, the results bring some good news.

While obesity rates are still high nationwide, the report says they seem to be leveling off, rather than increasing. Only four states—Colorado, Minnesota, Washington, and West Virginia—saw obesity rates rise between 2015 and 2016, while the remaining areas saw decreases or stability. Despite its increase, Colorado again has the lowest obesity rate in the country, while West Virginia superseded Louisiana as the most-obese state.

Here in Massachusetts, our adult obesity rate dropped slightly. We went from 24.3 percent in 2015 to 23.6 percent in 2016—a change good enough for us to claim the third-lowest obesity rate in the country this year, behind only Colorado and Washington, D.C.

Other Massachusetts data points highlighted in the report include:

New this year, the State of Obesity report also notes public policy and prevention measures taken by each state. Massachusetts got credit for its initiatives around drinking water, nutrition standards, healthy eating, physical activity, school physical education, street safety, and healthy food financing. While there’s still work to be done, the data suggest these measures are helping us take steps in the right direction.