Preliminary research may have found a "silver lining to Zika." 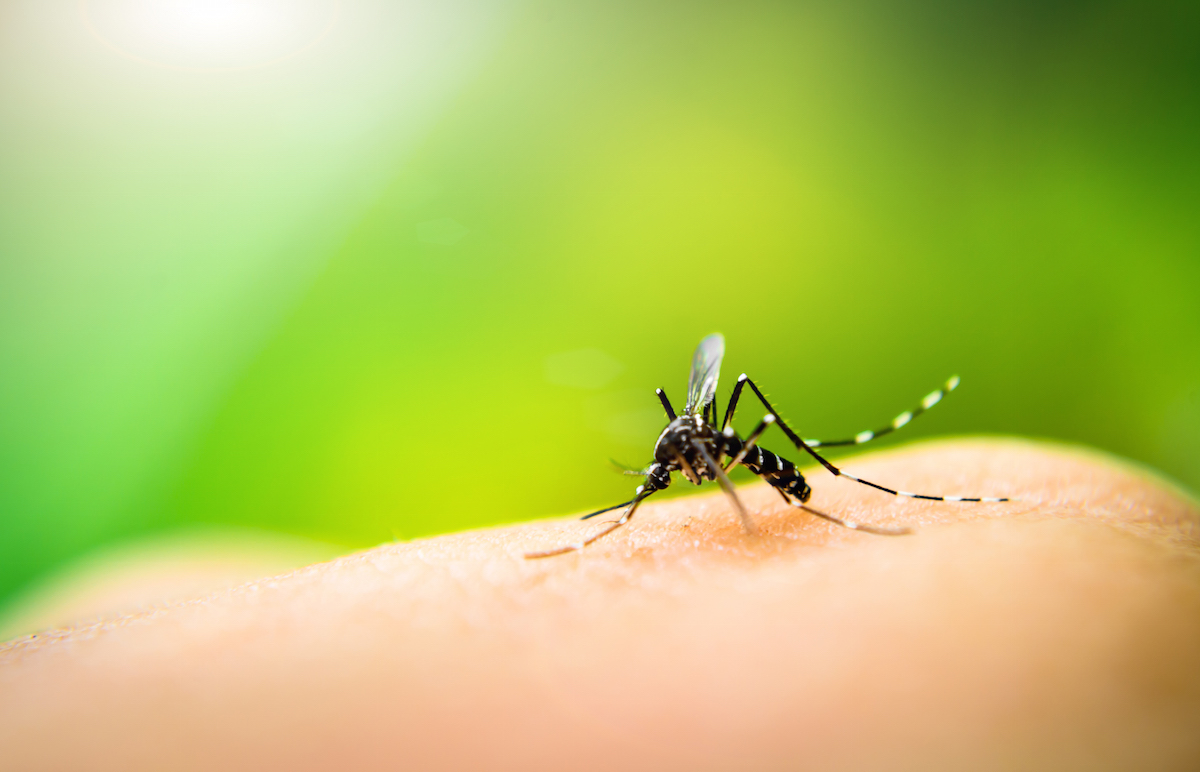 A new study has some in the scientific community buzzing about a so-called “silver lining to Zika.”

The paper, published Tuesday in the Journal of Experimental Medicine, says the Zika virus—yes, the same mosquito-borne illness that causes the severe birth defect microcephaly in newborns—may be able to kill glioblastoma brain cancer cells without damaging healthy tissue.

Glioblastoma tumors grow from a mass of unspecified cells in the brain—cells quite similar to those that Zika attacks in the nervous systems of developing fetuses. So a team of researchers from the University of California San Diego, the Cleveland Clinic, the Washington University School of Medicine, and the University of Texas Medical Branch posited that Zika might also be able to enter and kill the brain cancer cells.

They tested their theory by injecting Zika into mouse models of glioblastoma, human glioblastoma samples removed from patients, and healthy sample brain tissue. They found that, respectively, mice treated with Zika survived longer than those that weren’t; the human glioblastoma cells did not multiply after seven days; and the control tissues remained unaffected. Those results, independently and cumulatively, look promising.

But it’s still very early days, cautions Dan Barouch, the director of Beth Israel Deaconess Medical Center’s Center for Virology and Vaccine Research. (The study was published in an experimental medicine journal, after all.) Barouch studies Zika—an preventive vaccine he developed is currently in clinical trials—but he was not involved with the glioblastoma research.

That said, Barouch notes that other viruses have shown promise against glioblastoma in the past. The FDA even approved an oncolytic virus treatment for melanoma back in 2015. So while using a dangerous virus to treat an equally dangerous cancer may sound insane, Barouch says it’s not outside the realm of possibility.

“It’s not the first time this concept has been proposed, in terms of potentially repurposing a virus that in some settings can be pathogenic to actually treat something,” he says. “Some viruses can get into cancer cells particularly well and can kill cancer cells.”

Again, though, it’s too soon to say whether Zika would actually work in human glioblastoma patients. Indeed, the scientists behind the study have quite a bit more research ahead of them.

“The safety bar has to be very, very high to consider a therapeutic that involves a live virus,” Barouch says. “It’s very interesting basic science, [but] the applicability to humans, at this point in time, remains to be determined.”