I Went to the Tone It Up Tour, and It Was Insane

Hundreds of women flocked to the fitness festival on Saturday. 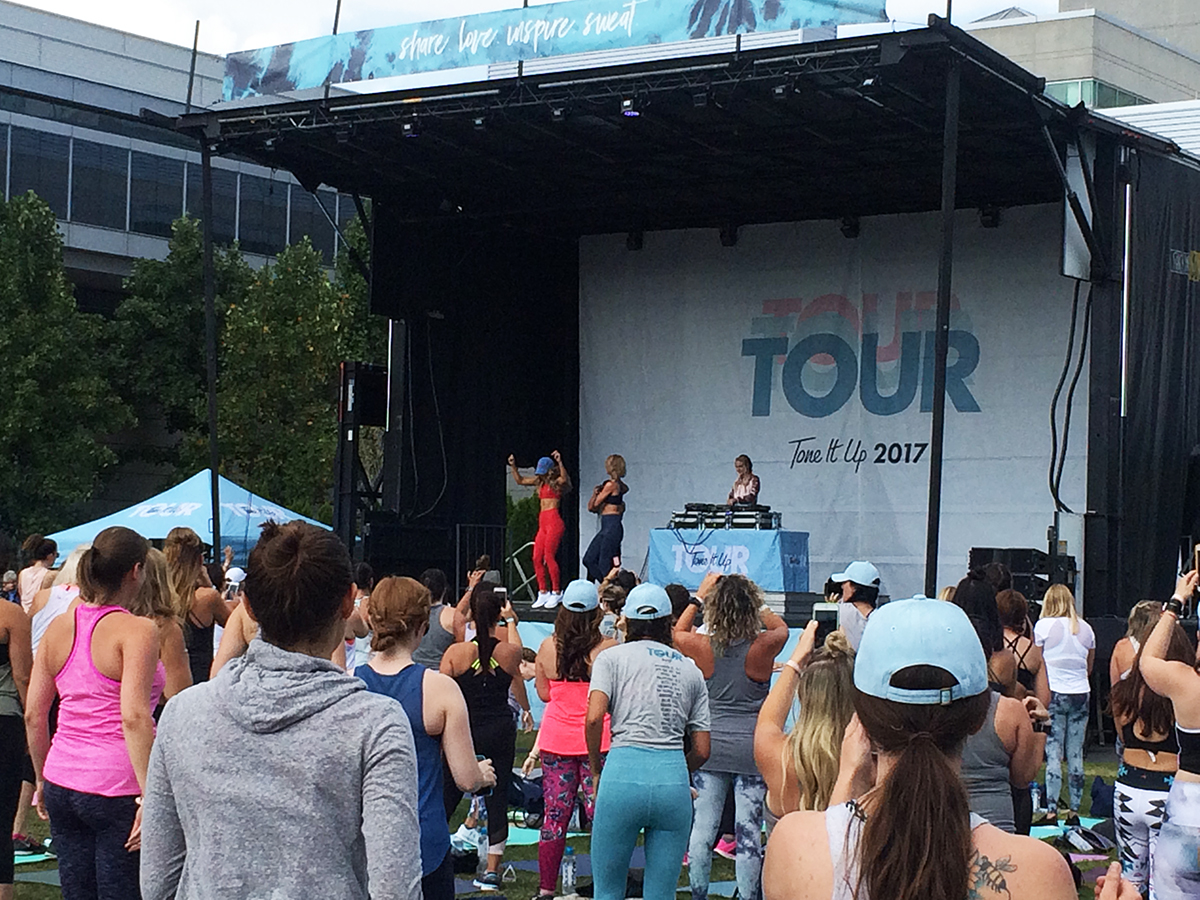 I thought the line would never end.

Surely I’m almost there, I kept thinking as I walked farther and farther down D Street. Surely it doesn’t go that far. But I wasn’t almost there, and it did go that far. A sea of tie-dye leggings and turquoise yoga mats stretched before me, welcoming me, with buzzing enthusiasm, to the Tone It Up tour.

For those unschooled in the world of fitfluencers, Tone It Up is a wildly popular fitness and lifestyle brand run by trainers Katrina Scott and Karena Dawn. The duo attracts a deeply devoted fan base through original workouts and nutrition plans, plus a lifestyle blog that covers everything from style and beauty to behind-the-scenes glimpses of their (very healthy) lives. If Instagram is any indication, the brand’s followers—or TIU girls, as they’re known in Tone It Up land—number well over a million.

So when the duo announced the Tone It Up tour earlier this year, I knew it’d be big. I knew there would be plenty of women willing to pay the $110-and-up ticket prices. But nothing could have truly prepared me for what awaited at the Lawn on D on Saturday.

For one thing, there was that line. The sheer number of very fit humans assembled meant it took almost a full hour to get everybody inside the park. From my vantage point near the back of the line, I could watch women begin to enter the venue. The true diehards ran—nay, sprinted—toward the stage as if chased, despite being at the front of the line anyway. Nothing and no one would stand between them and their idols—K&K, in TIU parlance. 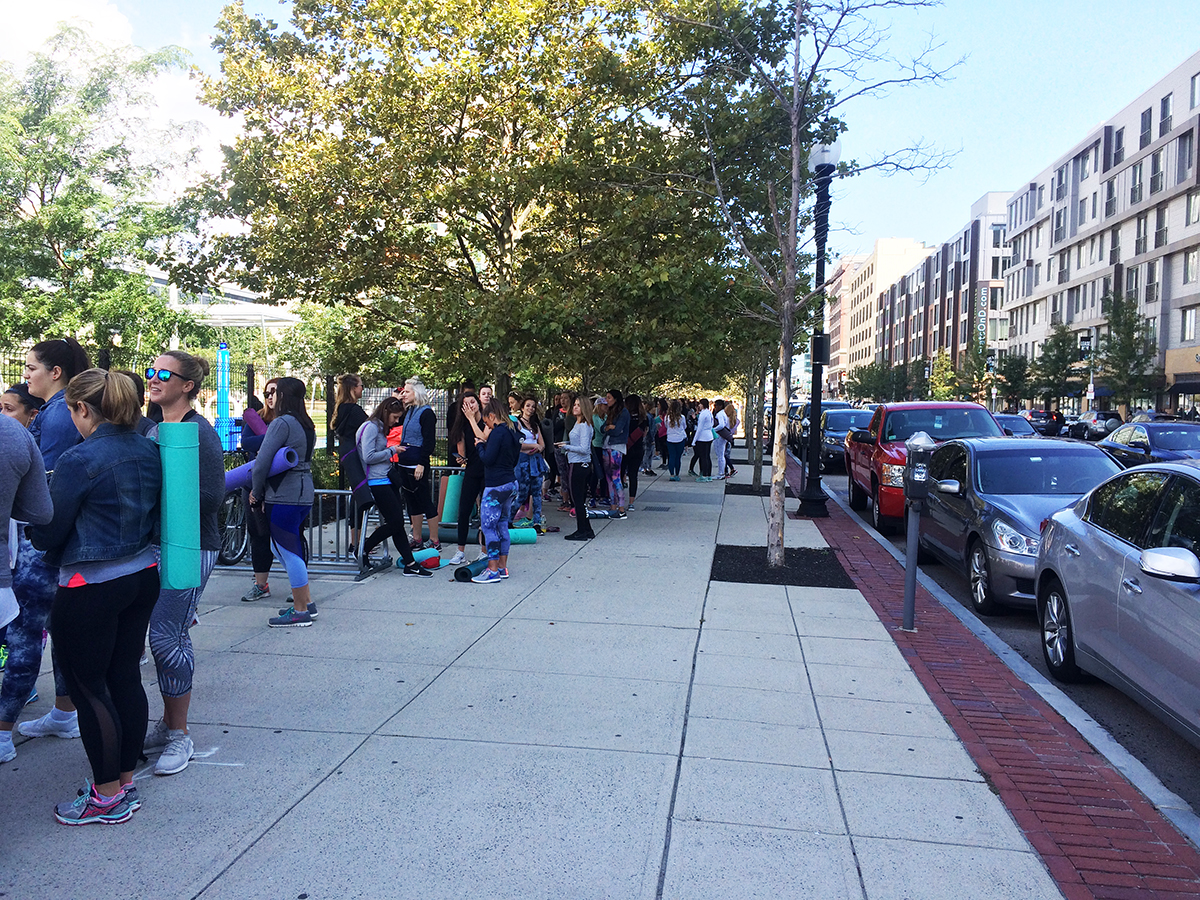 The lawn was fairly full by the time I finally got inside, so I plunked down my mat toward the back and ambled through the wellness marketplace set up just inside the gates. Hordes of women were pawing through TIU tank tops, t-shirts, and leggings. (Those tie-dye leggings I saw in line? Official TIU gear, priced at $95.) Others were in line for the beauty bar and massage station. Still more were crowded around crafting tables lined, I kid you not, with Millennial pink fur. I stared in wide-eyed wonder.

After a few minutes, an emcee announced that the workouts were beginning. Instructors from CorePower Yoga took the stage and led us through a 30-minute power vinyasa class. I couldn’t help but notice plenty of empty mats. By the looks of it, many attendees were here for K&K and were not going to waste time on other workouts, thank you very much.

Things filled in considerably for the next class, led by notorious celebrity trainer Jillian Michaels. If you have ever done one of Michaels’ videos, know that she is the same in person—except, impossibly, even fitter than she looks on film. She instructed us to make her 30-minute circuit training workout our bitch, and I was not about to argue. Despite behind hundreds of yards away from the stage, I burpee-d my little heart out. I wasn’t about to risk incurring her wrath. 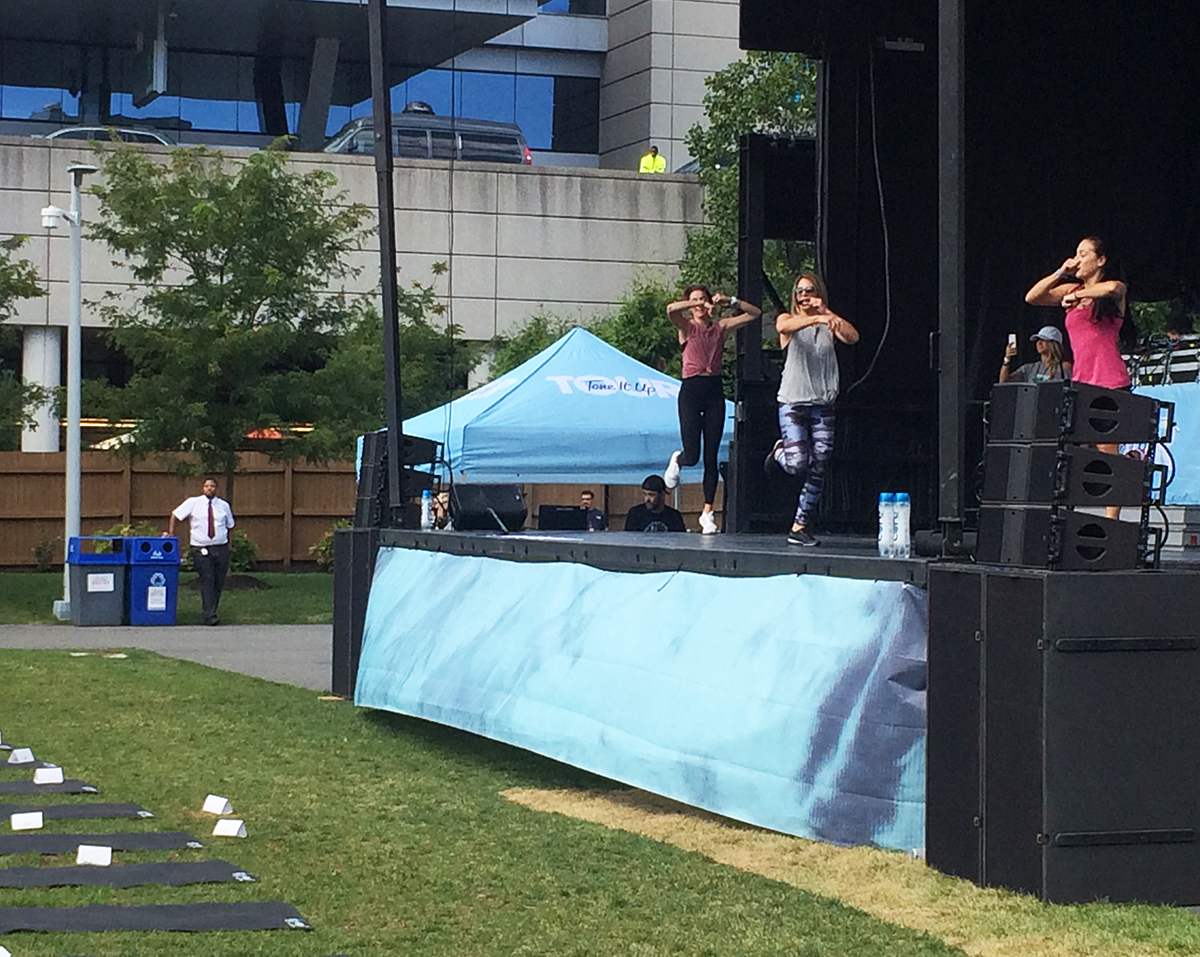 Finally, after a gap lengthy enough to allow for selfies by the stage, K&K stepped up to the plate. They danced. They joked and gossiped like we were their closest girlfriends. They called us babes. They talked about how much they love Boston, and Boston girls. (Scott grew up in New Hampshire and lived in Boston for years.) They squatted and twerked and told us to make our asses touch the grass. And everybody did exactly as they said, cheering and screaming on cue. (“The whole city is wondering where all these screaming girls are coming from,” Scott joked, probably correctly.) This, after all, was the selling point—not the workouts, but the opportunity to experience K&K in all their glory.

When the workout ended, Scott led us through a short yoga flow. As hundreds of women lay, eyes closed, on yoga mats, she read a missive about the strength and spirit of TIU girls. It felt a little bit like being part of a well-dressed, physically fit cult, but I understood that it wasn’t for me, an intruder in this world. As I rolled up my mat and headed for the exit, Scott and Dawn led the crowd through a “Sweet Caroline” sing-along and announced that the rosé garden was now open.

The news was met with yet another cheer, the sound ringing in my ears as I headed home. 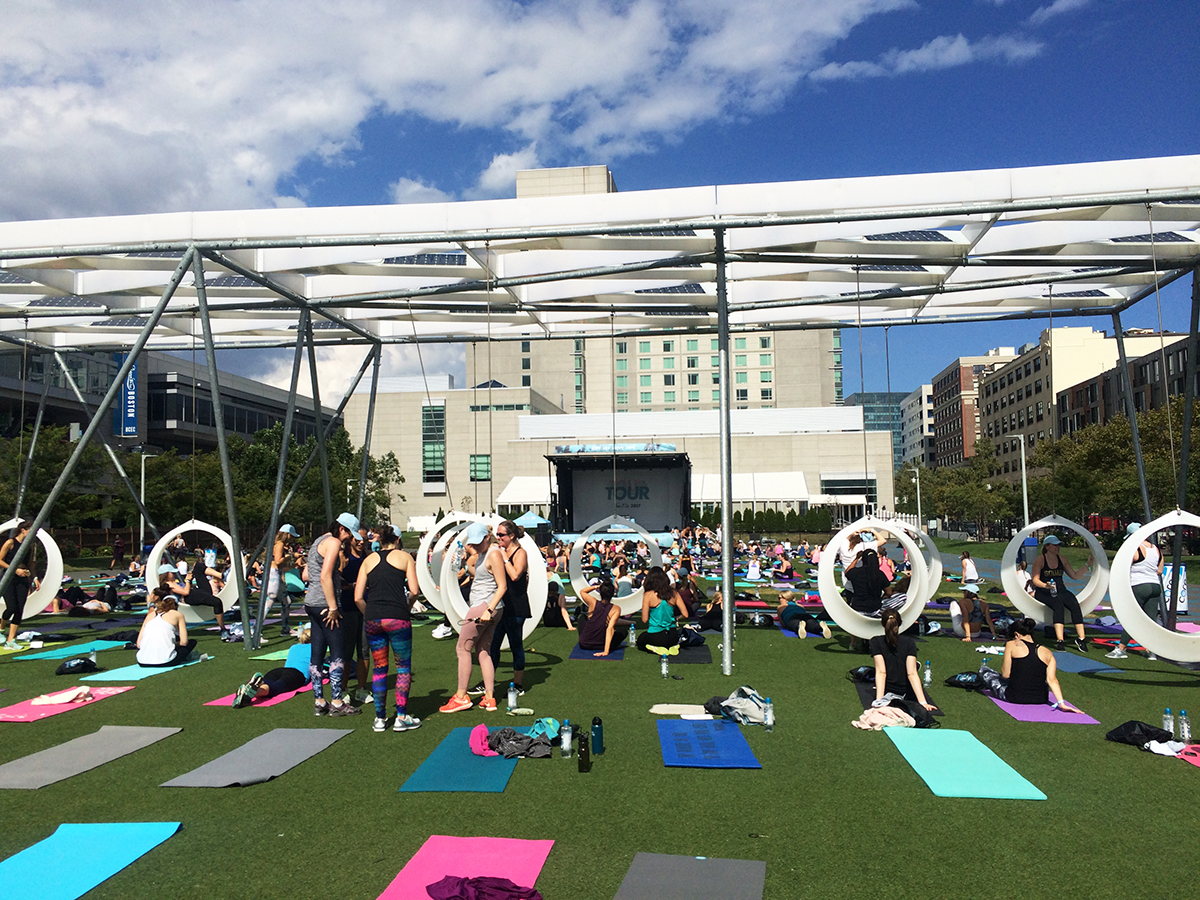 The Tone It Up Tour/Photo by Jamie Ducharme