Jeff Bauman was treated there after losing his legs in the Boston Marathon bombing. 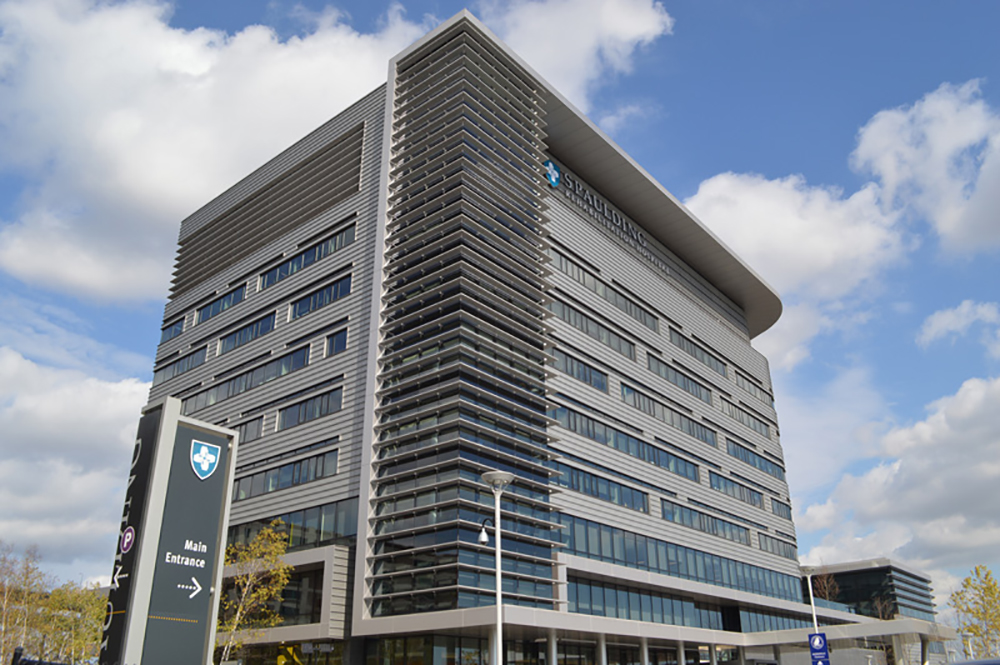 When the red carpet rolled out for Stronger, the upcoming film based on the memoir by Boston Marathon bombing survivor Jeff Bauman, it wasn’t at a ritzy Hollywood theater. Instead, the movie premiered at Spaulding Rehabilitation Hospital, where Bauman was treated for more than a year after losing his legs in the 2013 explosion, and where parts of the movie were filmed.

“It’s just really cool that it’s here, to be here. They whipped me right into shape here,” Bauman said with a smile. “They did their job, even though I fought them tooth and nail.”

Bauman was joined at the premiere by Jake Gyllenhaal, who plays him in the film, as well as Tatiana Maslany, who plays Bauman’s then-girlfriend Erin Hurley. (Hurley also walked the red carpet.) Bauman’s attending physician David Crandell and Spaulding President David Storto were also on hand, along with other Spaulding staff members.

Crandell, who is the medical director of the hospital’s Amputee and Vascular Disease Program, cared for 25 of the 32 bombing victims treated at Spaulding, including Bauman. Watching Bauman’s long but triumphant road to recovery immortalized on the big screen, he said, was a rewarding moment.

“I look at this as the next chapter, because it is sort of an odyssey. He’s still moving forward, and I think he’s got a lot of things he’s going to be doing,” Crandell said. “Having the movie out there is just a way to characterize where he’s got to this point.”

The movie will also, he said, raise awareness about how far prostheses and rehabilitation science have come. “This is just a way to explain to people who may not come into the building, who may have not have exposure to people with significant injuries or limb loss, that people really can have a good recovery if the right resources, time, and commitment are used,” Crandell said.

Storto agreed, adding that the film will bring much-needed attention to the amputee community. “It’s a terrific opportunity to educate the public at large and heighten awareness about the challenges that people with physical disabilities have, and how with their courage and perseverance—and with the importance of rehabilitation—they’re able to overcome those challenges,” he said.

For Gyllenhaal, who visited Spaulding during his research and talked extensively with multiple members of Bauman’s care team, understanding the pain and difficulty that come with limb loss was an enormous challenge.