He's giving a talk about the state of public health. 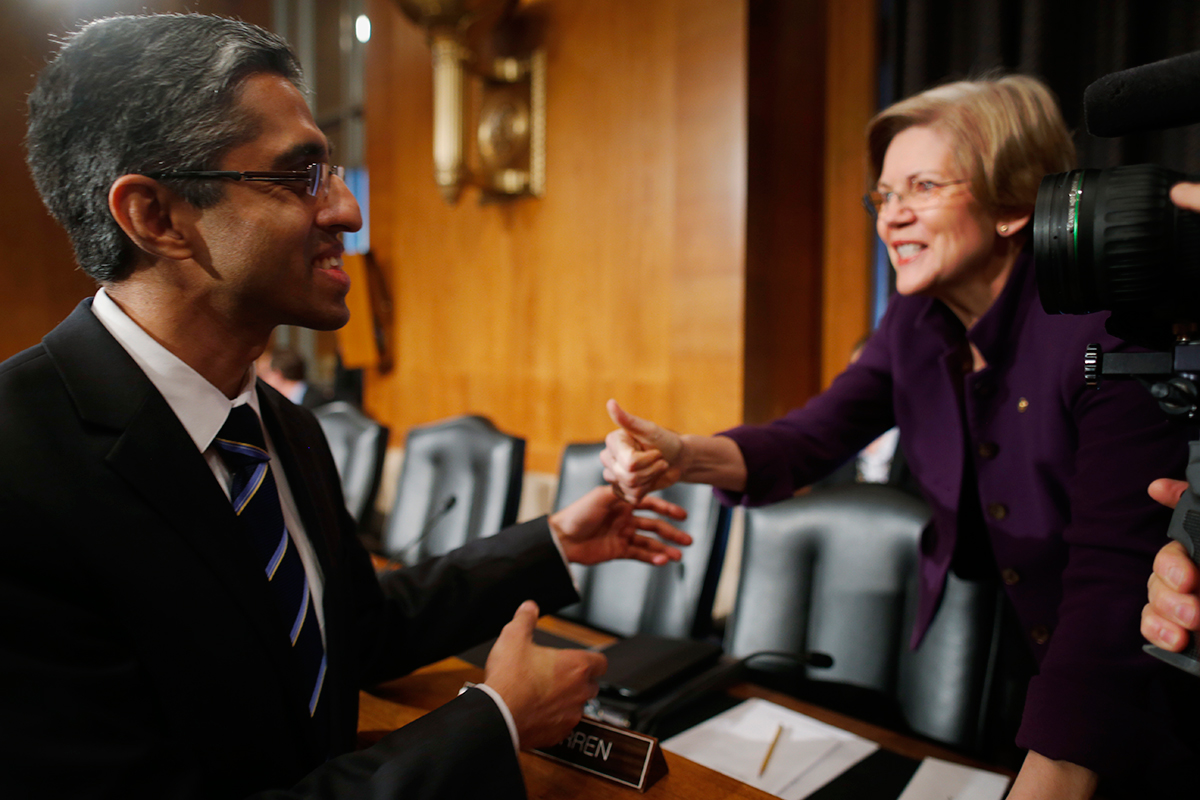 Murthy, with Sen. Elizabeth Warren at his 2014 confirmation hearing/Photo via AP

Former United States Surgeon General Vivek Murthy—who, before that, was a physician at Brigham and Women’s Hospital—will pay a visit to his old stomping grounds on Wednesday.

Murthy is visiting Boston to discuss the state of public health, and the government’s role in improving it, at the Edward M. Kennedy Institute for the United States Senate. The free, open-to-the-public conversation will be moderated by Alison Kodjak, a health policy correspondent for NPR, and will touch on everything from the toll natural disasters take on public health to gun safety and mental illness.

While surgeon general, Murthy worked hard to improve equality in and access to healthcare, and was a vocal advocate for gun control and reducing the stigma around substance abuse. His tenure ended in April, when he was unceremoniously removed from his post by President Trump, roughly two years shy of the end of his term. His replacement, former Indiana Health Commissioner Jerome Adams, was sworn in just last week.

Murthy’s talk at the EMK Institute will begin at 6:30 p.m. on Wednesday, and will be shown via livestream here. To attend the session in person, register here.