Tiny Cups May Pave the Way for Multi-Dose Vaccines

A team of MIT researchers pioneered a new technique. 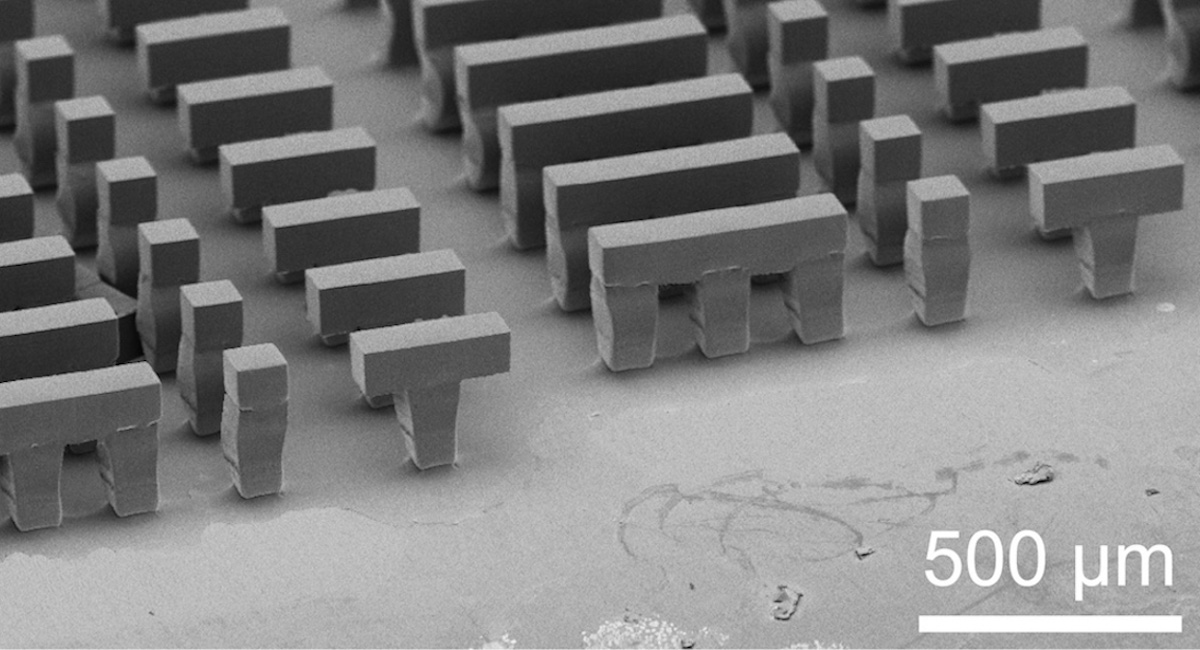 Tiny, biodegradable cups could revolutionize drug delivery and vaccines, thanks to a team of MIT researchers.

In a new study, MIT engineers describe a novel technique, called SEAL, for designing customizable, three-dimensional microparticles that resemble minuscule coffee cups. Each cup, made of the biocompatible polymer PLGA, contains a drug or vaccine “library” that can be released at multiple points over an extended period of time. In theory, the cups could be filled with anything, from vitamins and hormones to regular allergy shots.

Robert Langer, a noted MIT biological and chemical engineer, and Ana Jaklenec, a research scientist at MIT’s Koch Institute for Integrative Cancer Research, are the senior authors of the paper, which was published Thursday in Science.

“The SEAL technique could provide a new platform that can create nearly any tiny, fillable object with nearly any material, which could provide unprecedented opportunities in manufacturing in medicine and other areas,” Langer says in a statement.

Langer’s lab started work on the microparticles as part of a project funded by the Bill and Melinda Gates Foundation. They began with PLGA, a biocompatible polymer used in medical devices like implants and prostheses. After starting with the idea of creating a sealable cup made from the polymer, researchers hit a roadblock: Conventional 3D-printing wouldn’t work for such a small particle.

But necessity is the mother of invention, and, with some inspiration from computer chip manufacturing, researchers eventually figured out how to make their particle. They created silicon molds for the cups and lids using photolithography, a process that uses light to transfer a geometric pattern. They then used a custom-built, automated dispensing system to fill those cups. Applying a little bit of heat sealed the lid to the base.

“Part of the novelty is really in how we align and seal the layers,” Jaklenec says in the statement. “In doing so, we developed a new method that can make structures which current 3D-printing methods cannot.”

Using SEAL, which stands for StampEd Assembly of polymer Layers, each cup can be designed differently to degrade—and release its contents—at varying rates. In mice, the particles were successfully released in bursts at nine, 20, and 41 days after injection.

To test whether the particles retained their effectiveness inside the cups, researchers used ovalbumin, a protein found in egg whites that is often used to stimulate an immune response. Nine and 41 days after injection, mice still exhibited a strong immune response, suggesting that the technique was viable.

To develop long-term vaccines that can be delivered inside the microparticle cups, however, researchers will need to ensure that the compounds will remain stable at body temperature over a long period of time. Testing is underway now using inactivated polio vaccines, among others.

Jaklenec says there haven’t been human clinical trials yet, and none are planned for the next year. Nonetheless, the team is excited about the possibilities the new technique presents.

Langer says he is especially interested in the technique’s implications for people who can’t always see a doctor repeatedly, particularly babies who need multiple vaccines during the first one or two years of life and people who live outside the developed world.

“This could have a significant impact on patients everywhere,” Langer says in the statement, “especially in the developing world where patient compliance is particularly poor.”