Treat Yourself with These 11 Healthy Baked Doughnut Recipes 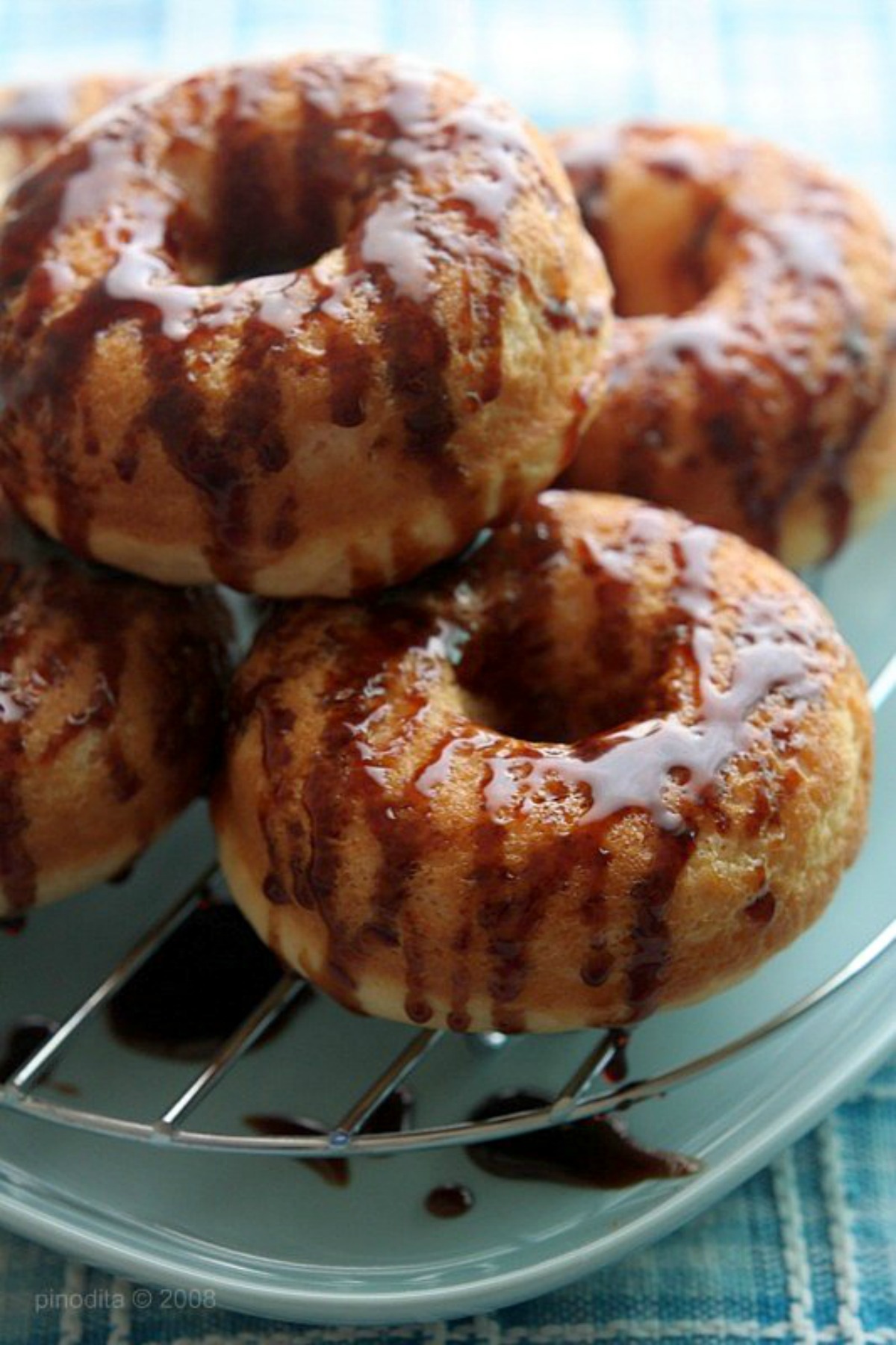 This recipe rolls two of your favorite breakfast pastries into one. Try substituting non-dairy milk for whole milk, and use fresh blueberries if they’re in season.

These baked doughnuts used mashed banana and Greek yogurt instead of eggs. To cut down on the sweetness, forgo the cinnamon sugar sprinkled on top.

This fall classic is baked, not fried, and full of real pumpkin. Swap the butter for coconut oil if you prefer, and try to use a whole grain flour, such as whole wheat or spelt flour.

If you go apple picking this season, use your harvest to make homemade applesauce—then use that to make these homemade doughnuts. This recipe uses maple syrup to sweeten the dough, but any liquid sweetener will work.

Protein powder gives these doughnuts extra staying power, keeping you full until lunch. Use a plastic bag to create a DIY pastry bag for piping the batter into the pan.

These easy doughnuts can be made in only 15 minutes, and they’re vegan and gluten-free. These doughnuts also avoid artificial colorings by using beets to achieve a red hue—and sneak in some extra nutrients.

Top these carrot-cake-inspired doughnuts with a simple frosting—made only from coconut cream, carrots, honey, and lemon juice—and you’ll satisfy your sweet tooth all day long.

These doughnuts are made with only four ingredients: almond meal, honey, eggs, and vanilla. Cover these doughnuts with any toppings of your choice and store in the fridge for three to four days.

A paleo chocolate doughnut topped with maple frosting is a match made in heaven. Add more almond milk or water if you prefer a thin glaze as opposed to a thick frosting.

Homemade chai spice, made with ginger, cardamom, cloves, nutmeg, and a hint of black pepper, gives these healthy doughnuts a decidedly fall feel. Use a mixer or sift the coconut flour beforehand to eliminate clumps.

This vegan doughnut recipe uses flax seed instead of an egg. This recipe will guide you through the process of making either traditional doughnuts or doughnut holes.