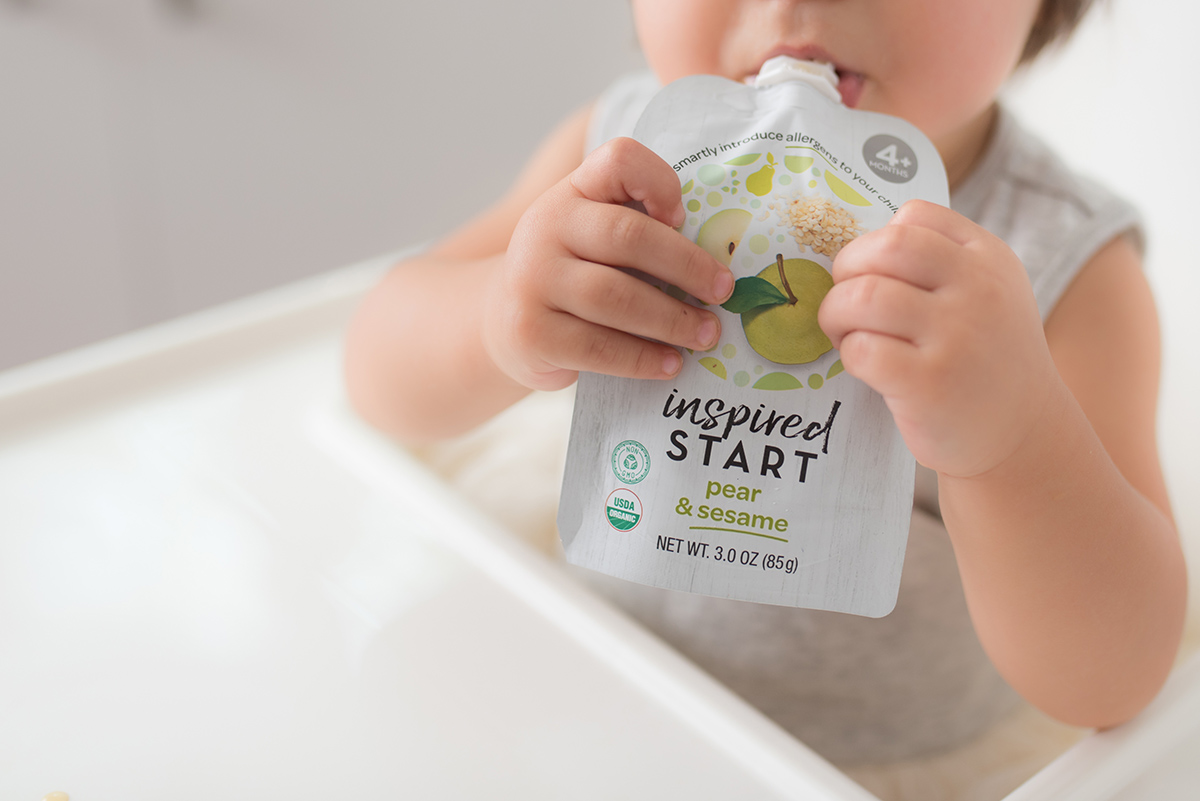 When her oldest child developed peanut and tree nut allergies, Deckinger sprang into action, learning all she could about keeping her safe. Her daughter ended up being one of the fortunate few to outgrow her nascent allergy, but the experience stuck with Deckinger, a mother of three.

That’s how she ended up as the chief marketing officer at Adeo Health Science, a local startup that aims to use the latest allergen research to make life easier for families. Adeo’s latest line, called Inspired Start, is a baby food that introduces tykes to common allergens such as tree nuts, peanuts, sesame, shrimp, wheat, and cod in a safe, manageable way.

“Babies should be eating a diverse diet,” Deckinger says, “because we want them to have a love of all foods and ability to eat all foods.”

Research has shown that early exposure to allergens may help babies build a tolerance as they age, hopefully avoiding full-blown food allergies down the line. The American Academy of Allergy, Asthma, and Immunology recommends that parents treat “highly allergenic foods” just as they would other solids, introducing them to their child’s diet at four to six months old. Doing so, however, can be difficult—have you ever tried to feed an infant shrimp?

“I know as a mom, it’s so challenging to prepare some of these things and get kids to eat them even as early as four to six months,” Deckinger says. “We just want to make it really easy for parents and as natural as possible a process.”

Inspired Start pouches ($23 for eight), which just launched online and will hopefully hit grocery stores eventually, contain only fruit puree and a small amount of one allergen. They’re designed to be used slowly and in a specific order, to introduce babies to one food at a time. Deckinger says they’re manufactured in an FDA-certified facility that takes pains to handle foods separately, so what’s advertised on the pouch is all you get.

Though Deckinger says it’s a good idea for parents to consult their pediatrician before introducing kids to any new foods—and some experts say high-risk allergens, such as peanuts, should be introduced in a doctor’s office—she stresses that Inspired Start was developed in collaboration with experts from disparate backgrounds to ensure safety and practicality.

“It was developed not just by a doctor alone in a lab. This is a product that was developed by a really diverse group of people who are influencing the development of this product,” she says. “It’s something that doctors and nutritionists and parents can get behind.”