Why Are Boston’s Nurses So Damn Angry?

We lead the world when it comes to healthcare. So why are our caregivers so unhappy? 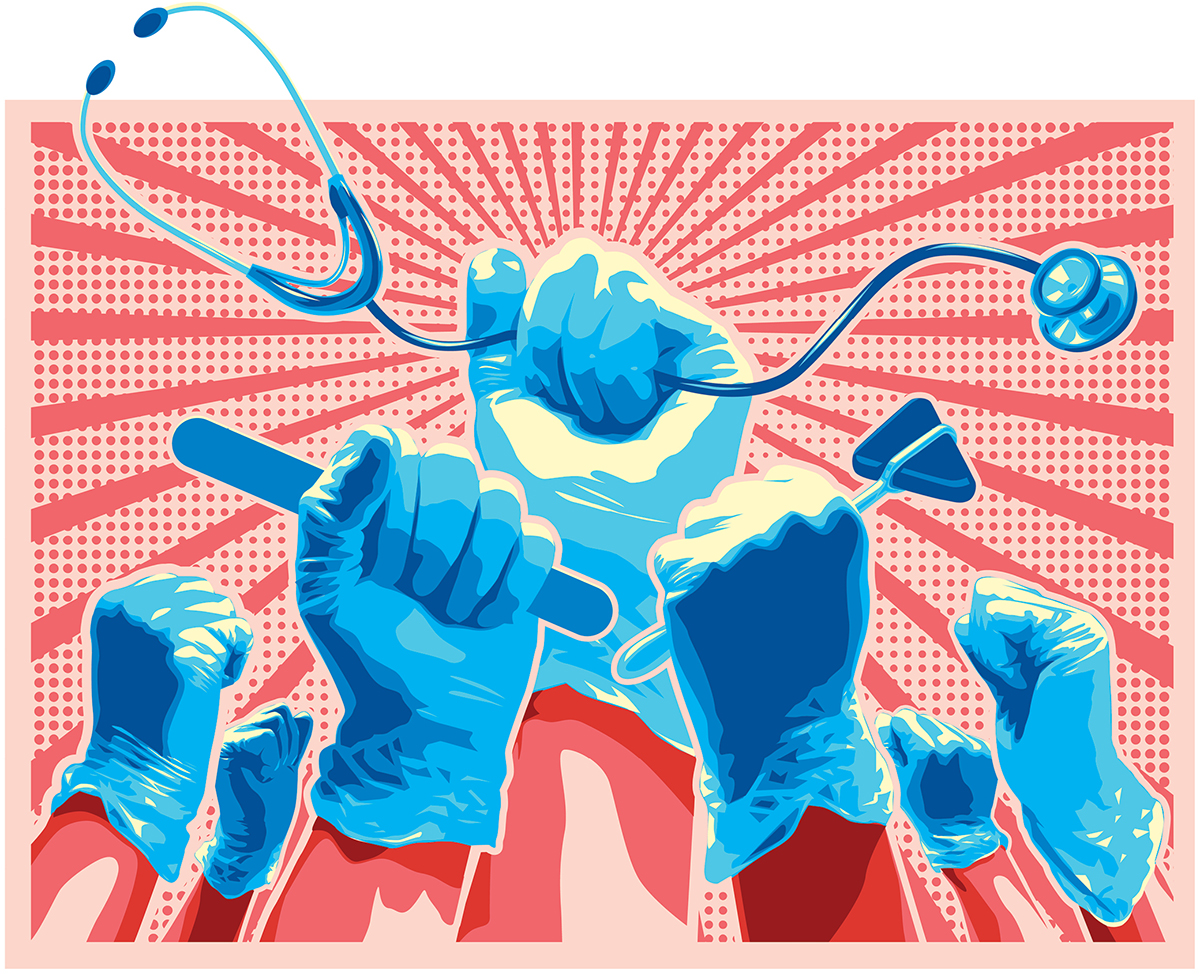 Fifteen months. Thirty meetings. Hundreds of hours at the negotiating table. That’s how long it took for nurses at Tufts Medical Center to reach their breaking point.

In July, after more than a year of failed contract disputes over pay and working conditions, 1,200 Tufts nurses stormed out of the hospital for a 24-hour strike. In response, Tufts promptly answered their demands by locking them out for another four days. Then things really got worse: The hospital lobbed allegations that picketers were harassing their replacements; Mayor Marty Walsh showed up and stumped for the nurses; and at least four patients reported substandard treatment during the work stoppage, which the hospital denies. Anna Tsareva, a non-union Tufts critical-care transport nurse who never left her post, described the scene inside the hospital as “pure chaos.”

This latest turmoil, following near-strikes last year at Brigham and Women’s and Faulkner hospitals, marks a troubling trend. At a time when President Donald Trump wants to nuke the Affordable Care Act and local industry behemoths such as Partners HealthCare—owner of BWH, Mass General, Spaulding Rehab, and about a dozen other facilities—are hemorrhaging cash and afraid of what the future might bring, hard-nosed labor disputes seem destined to only grow worse and more frequent. What’s more, with each new threat of picket lines and lockouts, our city’s sterling reputation as a global hub of healthcare suffers.

Rather than face down angry mobs of nurses, it’s time for Boston hospitals to consider waving the white flag.

Across Boston, nurses are angered by stagnant wages, unsafe workplaces, and unsustainably low staffing practices, which leave them saddled with three, four, and even five patients at once. If that doesn’t sound like much, consider a recent study in the Journal of the American Medical Association that found a patient’s odds of dying increase 7 percent for each additional case assigned to his or her nurse. High on the list of nurses’ demands are competitive pay, better benefits, and tighter restrictions on the number of patients they must care for at one time. The Massachusetts Nurses Association, which represents 23,000 workers statewide, has consistently tried (and failed) to push through legislation that would mandate limits, but because most hospitals have not acted on these demands, the association plans on making it a ballot issue in 2018. “Nursing and healthcare are under attack,” says Patricia Powers, a trauma-unit nurse at BWH and the hospital’s chairperson for the nurses association. “We are so appalled by what’s going on. It’s scary.” (Both BWH and Tufts declined to comment for this story.)

Of course, going up against nurses is not only a public health concern and a PR nightmare—one study by the Kaiser Family Foundation found that 69 percent of people considered nurse shortages a “very important” cause of medical errors—it’s also costing loads of precious money. Last year alone, BWH spent a staggering $24 million simply preparing for a strike that never happened. Tufts, meanwhile, coughed up at least $6 million for the work stoppage this summer, and that’s separate from the cost incurred by days of negative media coverage.

Rather than face down angry mobs of nurses, it’s time for Boston hospitals to consider waving the white flag. In the long run, both they and patients would benefit—as would the city and its reputation as a world-class medical destination. Neither the local healthcare industry nor its hospitals can afford the bad PR that might result from another nursing strike. “We’re moving into the age of hyper-competition among hospitals,” says Timothy Hoff, a professor of management, healthcare systems, and healthcare policy at Northeastern University, “and the Boston hospitals are not immune from that.”

Yet as long as healthcare remains a political flash point and hospitals feel that their bottom lines are in jeopardy, it’s unlikely they will accede to nurses’ demands and instead will continue to play hardball. For a city that worships at the altar of healthcare, though, the risks aren’t worth the rewards.