I Tried It: EmbodyDNA from Lose It

Can a saliva test tell you how to eat better? 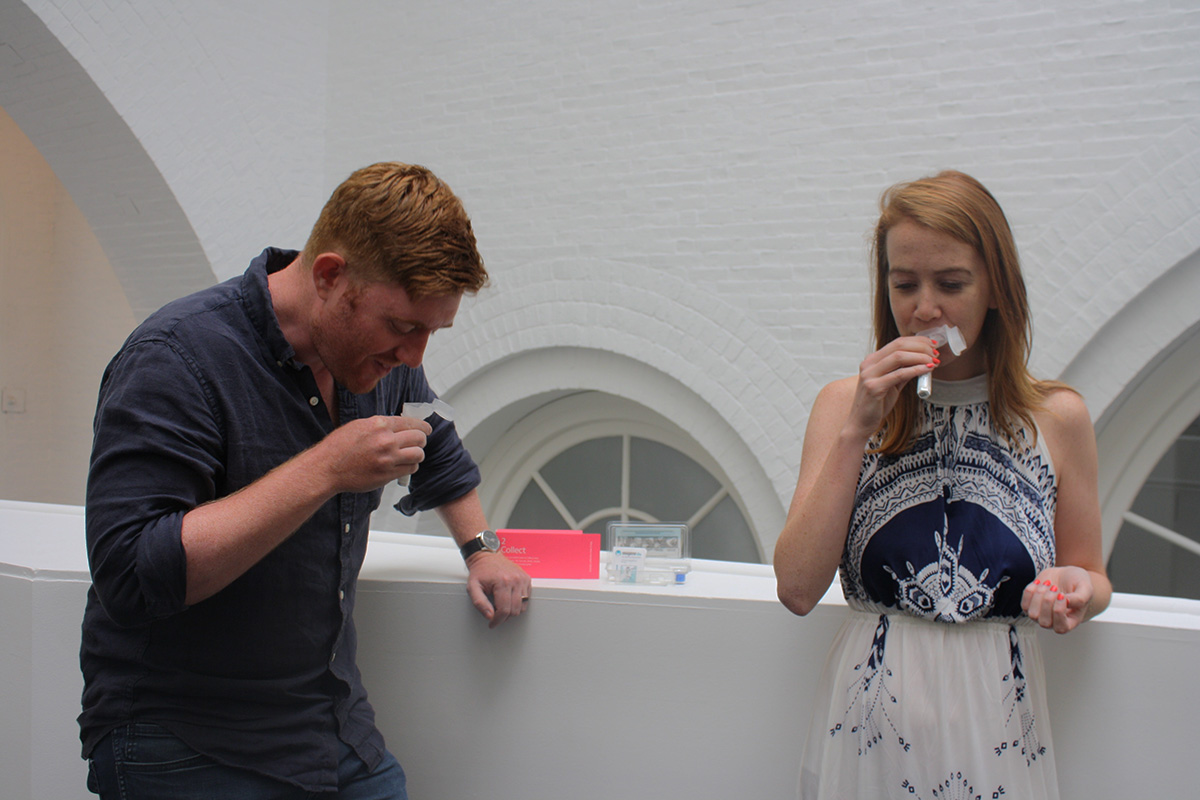 Spitting for science/Photo by Madeline Bilis

Did you know that thinking about lemons helps you salivate? This is the kind of information that comes in handy when you’ve been spitting into a tube for several minutes and feel like there’s no end in sight.

How did I get here? Well, back in July, local nutrition and weight loss app Lose It rolled out a new platform, EmbodyDNA, in partnership with consumer genetics company Helix. Basically, you pay $190 to send your DNA off to Helix for sequencing, and track your food intake and exercise habits during the six to eight weeks it takes for results to come back. When the data’s in, you’re supposedly left with a customized plan for weight loss and healthy living, based on the secrets in your genes.

When I wrote about EmbodyDNA over the summer, I had two overriding thoughts. One: This can’t possibly be legit. Two: I need to try it.

And that’s how I found myself spitting into a tube alongside a very game fellow editor, thoughts of citrus fruits dancing through my head. After more spitting than one should ever do in the workplace, I packed up the tube and popped it in a mailbox, which felt vaguely wrong. Seven weeks later, I was notified that EmbodyDNA’s insights were available in the Lose It app. Go time.

The program gives you information about 17 different DNA markers related to weight loss, nutrition, fitness, or food sensitivities. These insights, Senior Vice President of Business Development Kevin McCoy told me in July, can help you determine exactly what you should be eating, and how you should be exercising. “Drinking a lot of sugary beverages actually isn’t a great idea in general,” he offered as an example, “but if you have the marker you should really stay away from it.”

When I got my results, I was oddly disappointed to find that my markers didn’t look all that shocking. In a semi-morbid way, I wanted to be told that I was doing it all wrong, that if I just stopped eating carbs/started binging on protein/cut out all cardio, I would suddenly reach a new, optimized level of health hitherto unimaginable to my carb-eating, protein-deficient, cardio-obsessed shell of a self.

Instead, the report told me…pretty much what I already knew. I’m not sensitive to gluten or lactose. I metabolize caffeine slowly. Exercise has a fairly immediate impact on my BMI. The lack of shock and awe made me simultaneously feel that the test was probably fairly accurate, and that I need not have waited seven weeks for its results.

The only part I found surprising was that, apparently, eating a low-fat diet could help lower my BMI, a tidbit I promptly chose to ignore in favor of continuing my daily full-fat yogurt habit. Aside from that, I can’t say I was left with many actionable takeaways. The results’ content and format—each marker has its own description and set of recommendations, but there’s not much overarching feedback about your entire diet and fitness regimen—didn’t leave me feeling terribly inclined to make any big changes.

I began to wonder if I was just jaded, so I consulted Alicia Romano, a registered dietitian at Tufts Medical Center who specializes in weight management. “Although this is a promising area of research that may certainly help us tailor recommendations in the future, we do not have enough evidence, in practice, to recommend this as a recreational tool for weight loss,” she says. “For $200 or more a pop, I would rather have my clients purchase healthy foods and invest in tools that will help them live out a healthy lifestyle.”

“The short answer is no, they’re not worth doing,” she says. “The genetics of obesity is exceedingly complex, and they’re boiling it down considerably. While the science behind the genetic testing may be valid, what that translates into, from a perspective of a consumer, is not valid. If one has disposable income, I can imagine other, more fun ways of spending it than this.”

Nonetheless, Lose It’s McCoy—seemingly predicting these criticisms—told me over the summer that Lose It still feels that knowledge is power. “What we’re giving people is really interesting personal information,” he said. “Our goal, long term, is to continue to provide tools and new features around this to help people be more successful.”

The jury’s still out on whether EmbodyDNA has actually done that. But, hey, at least I now know how to salivate on command. 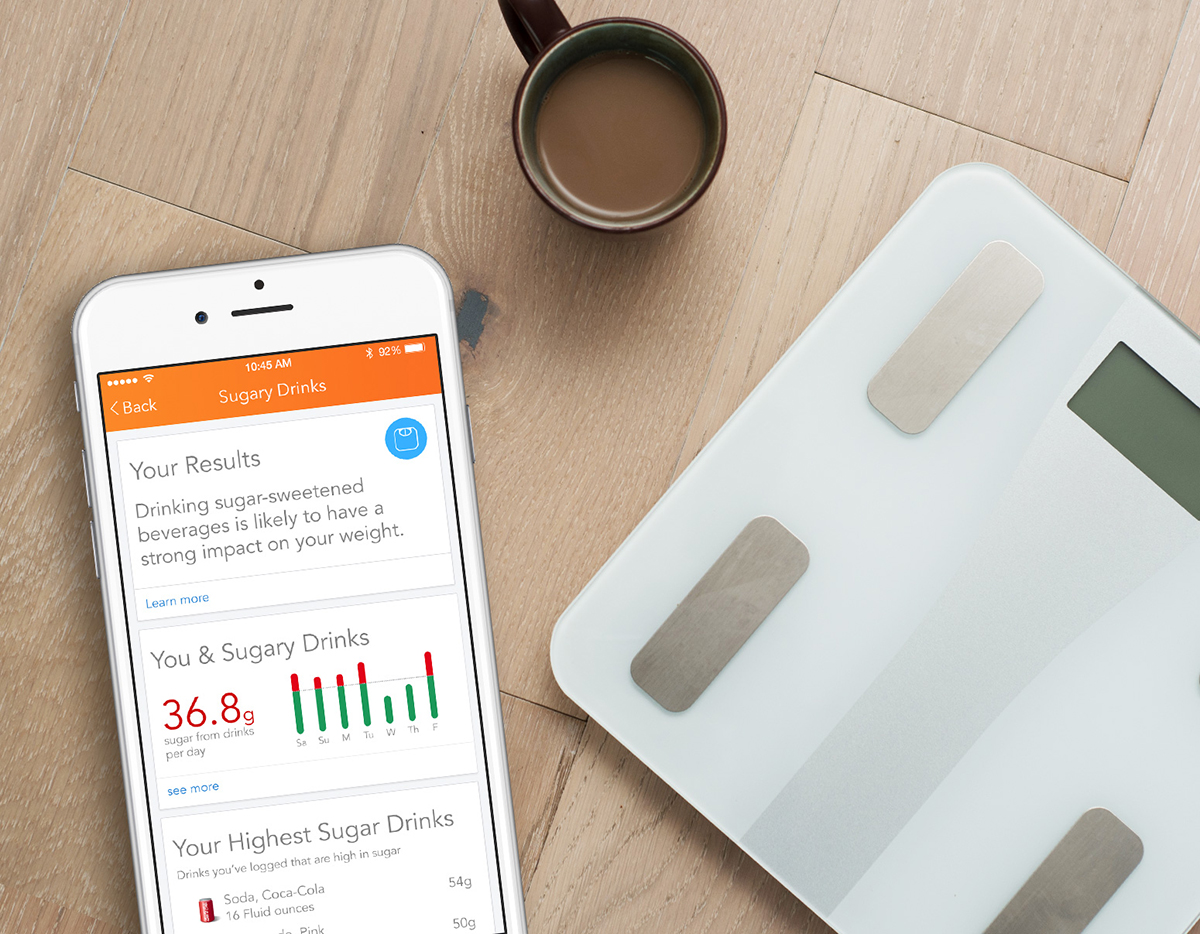