Leaders from Police Assisted Addiction and Recovery Initiative were on hand when President Trump declared a national emergency. 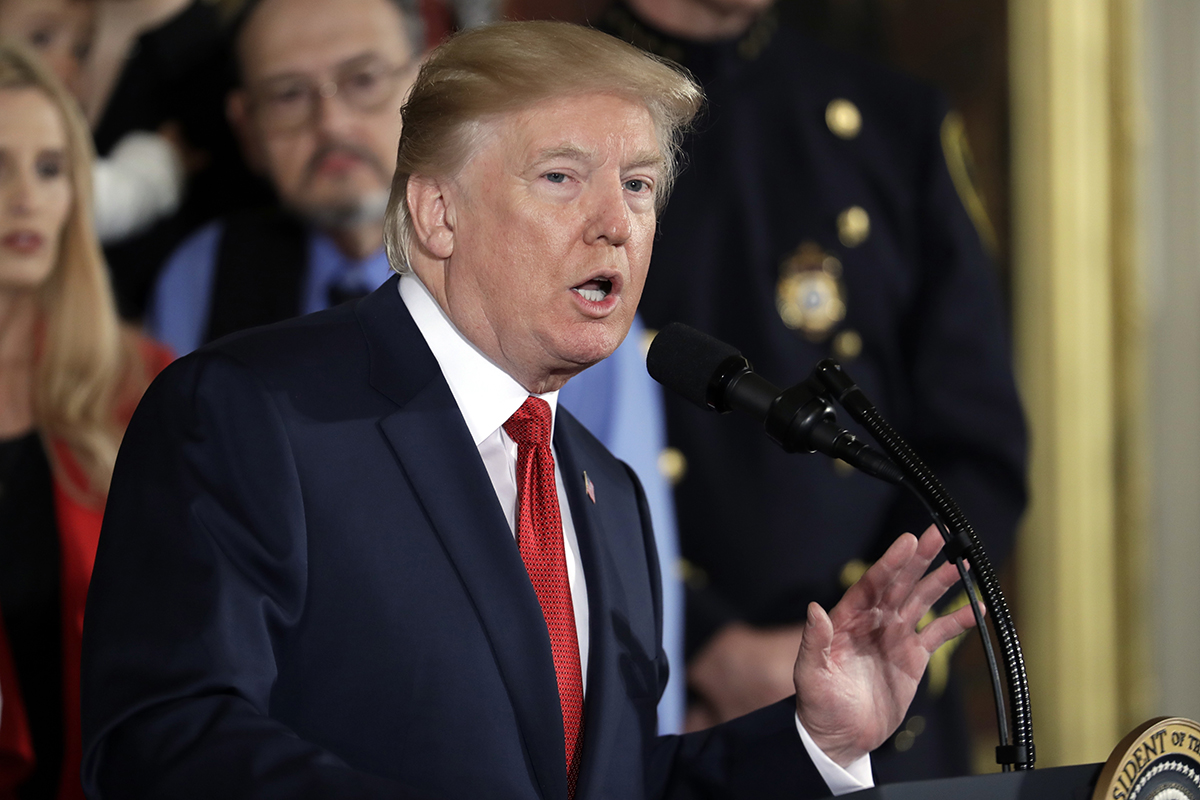 On Thursday afternoon, President Donald Trump declared a national health emergency to fight the opioid epidemic, and he is already looking to Bay State experts to take up arms.

Leaders from the Police Assisted Addiction and Recovery Initiative (PAARI), a Gloucester-based organization that helps police officers work with addicts, were with the president in Washington for the announcement. Arlington Police Chief Frederick Ryan, the PAARI council chair, and Allie Hunter McDade, who directs the organization, were invited to the White House at the beginning of the week, according to the Boston Globe.

PAARI wants officers to think beyond “[arresting] our way out of the problem of drug addiction,” according to its website, and instead hopes officers can guide users toward recovery. The city of Gloucester has been battling opioids in innovative ways for years, and back in 2015, then-Police Chief Leonard Campanello instituted what amounts to an amnesty policy for addicts: If users turn their drug paraphernalia in to police and ask for help, they will not be charged.

Gov. Deval Patrick declared a statewide public health emergency in 2014 and made Narcan, the opioid antidote, available to first responders. In February 2015, after Gov. Baker took office, a taskforce was created to curb the problem. Since then, Massachusetts has pioneered nation-leading legislation—including a seven-day limit for first-time opioid prescriptions—to stop the crisis.

Gov. Baker currently sits on the president’s national opioid commission, which aims to fight addiction. The state of emergency declaration lasts 90 days but can be renewed indefinitely. According to NBC News, a senior White House official told reporters that the declaration will “reorient all of the federal government and executive branch resources toward focusing on providing relief to this urgent need.”