The Marblehead native took first place ahead of Mary Keitany of Kenya. 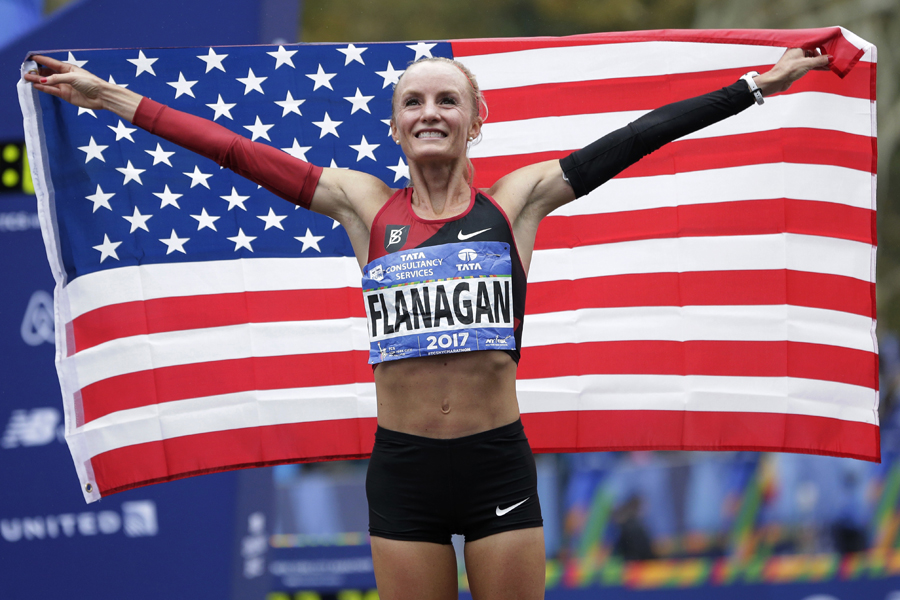 She might not have been able to race in her hometown marathon this spring, but Shalane Flanagan is still managing to have a pretty good year. The 36-year-old Marblehead native just won the New York City Marathon, the first time an American woman has won it since 1977.

Flanagan pulled ahead of Mary Keitany of Kenya for the win. Keitany had won it the three prior years and was trying to become only the second woman to win four in a row. But forty years after the last American woman finished first, Flanagan took the victory. Her race time was 2 hours 26 minutes 53 seconds, about a minute ahead of Keitany. Mamitu Daska, of Ethiopia, came in third place in her first run at the marathon. The men’s race was won by Geoffrey Kamworor of Kenya.

“It’s a moment I’m trying to soak up and savor,” said Flanagan, according to the Associated Press. The AP also reports that Flanagan had indicated she might retire if she won NY. Say it ain’t so, Shalane! You’ve got one more Boston run left, right?

40 years later, we have an American women champion at the #TCSNYCMarathon. Understandably, @ShalaneFlanagan just overwhelmed with joy.🇺🇸 pic.twitter.com/PSnAcz63GR