They’re trying to raise $500,000 in three weeks to fund an experimental treatment for 11-year-old Talia Duff. 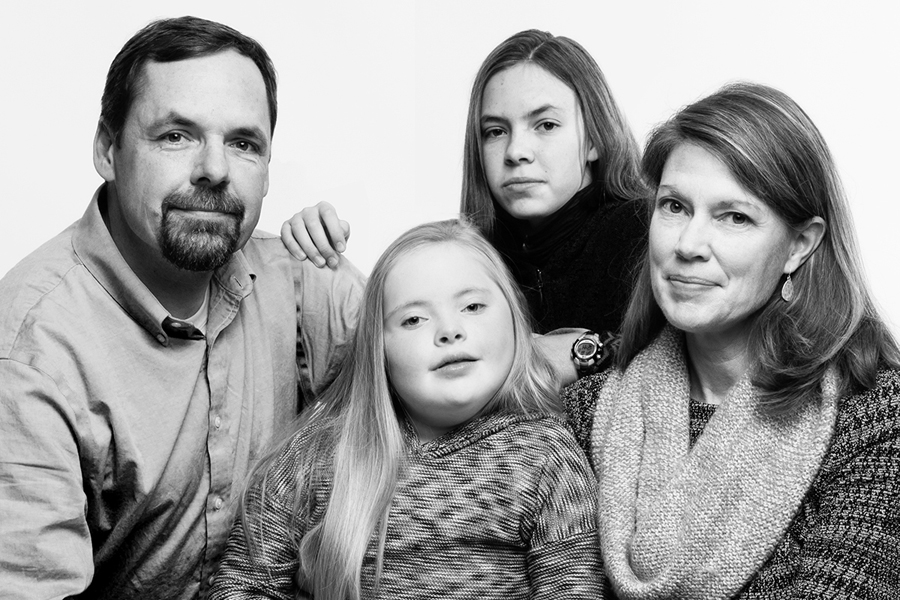 Photo by Jason Grow for “How Far Would You Go to Save Your Little Girl?“

Grab a box of tissues (and maybe your wallet).

The sixth grade class at Ipswich Middle School has cut together a moving YouTube video aimed at raising $500,000 in three weeks to help their classmate Talia Duff get a potentially lifesaving medical treatment. Through a series of handmade posters, they lay out the case for supporting Talia, who is one of only 22 people ever diagnosed with CMT4J, an ultra-rare genetic disorder. The video has already hit the national level—late night host Jimmy Kimmel, well-known at this point as an advocate for children suffering from serious illnesses, retweeted a story about it.

Up until recently, CMT4J was considered a slow-moving death sentence that short-circuits the peripheral nervous system and causes the body’s muscles to gradually weaken and waste away. But as Boston chronicled in a recent feature, Talia’s mother, Jocelyn, embarked on a relentless search for a cure following her daughter’s diagnosis.

After months of legwork, Jocelyn succeeded in bringing together a team of scientists from around the county, including Vanderbilt University, the University of Michigan, and Jackson Laboratory in Maine, who determined that Talia would likely benefit from an experimental gene therapy. The problem, however, was that the gene therapy didn’t exist. If they wanted to get their daughter the treatment, the Duff family would need to raise roughly $1 million to cover the costs of manufacturing it, seeing it through preclinical studies, and getting FDA approval to give it to Talia.

In the past year, the Duffs have raised more than $400,000 almost entirely through grassroots efforts. Perhaps more importantly, the research team has been able to test the treatment in mice models of CMT4J and the initial results are promising. As previously reported in Boston, Cat Lutz, a senior research scientist at Jackson Laboratory, said the team feels “really good about this data” and that she was “surprised it worked out as well as it did.”

Yet time and money are running out. The Duffs still need to raise half a million bucks in order to get to the point where the treatment can be administered to Talia. Which brings us to the big ambitions of Talia’s classmates, and their heartfelt YouTube video. Give it a watch, and if you want to learn more about CMT4J and how to help, check out Cure CMT4J.