Run your way through Boston this month to stay fit and give back. 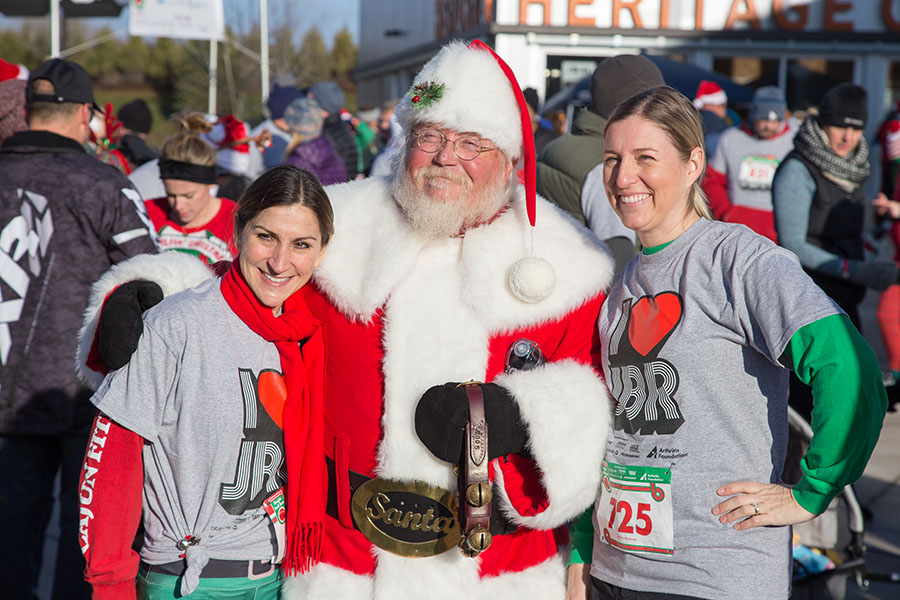 During the holiday season, it can be difficult to stay on your usual fitness routine. Between family responsibilities, festive meals, and gift shopping, it’s certainly a time of year when other things can take priority over exercising. However, it’s also a unique time to use fitness as a way to give back to the community. Try out these holiday-themed runs happening around the city to compete in with friends, as well as a few you can complete on your own.

This holiday run has a dress code: ugly sweaters. Boston is one of 12 cities across the country participating in the run, which benefits One Warm Coat, a charity that provides coats to anyone in need of warm clothing without discrimination. To donate, bring gently worn coats to the event. Also wear your most festive holiday sweater so you can look the part for the “Merriest 5K of the Year!” After the race, enjoy a number of festivities including a life-sized snow globe, Kahlúa cocktails, and more.

Incorporate a good dude into your usual run along the Esplanade. Run Against Cancer Events (RACE) was founded with the goal of creating running events that promote wellness and programs that educate people on the importance of early detection and screenings. The Miss Santa Holiday 5K will benefit RACE and the Ellie Fund, a non-profit organization that works to provide support services for breast cancer patients. Wear a Miss Santa costume for the chance to win first place in the costume competition! 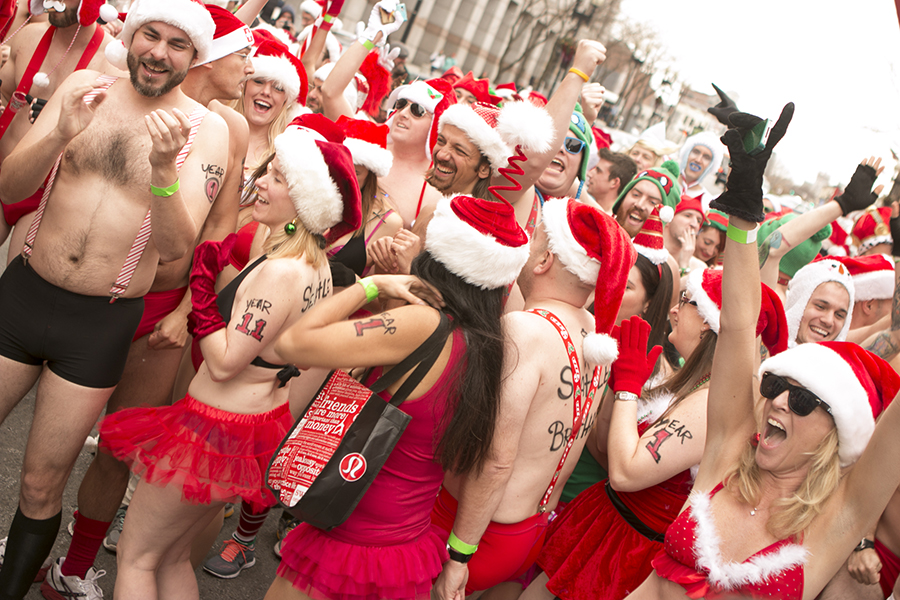 Who ever said Speedos can only be worn in the pool? In this run, participants are required to wear Speedos as they run for approximately one mile to spread the holiday spirit. The SSRun benefits the Play Ball! Foundation, which works to keep middle school age youth active by creating and expanding team sports opportunities.  The tradition began in 2000 with just five men, but this year the SSRun aims to raise $100,000. 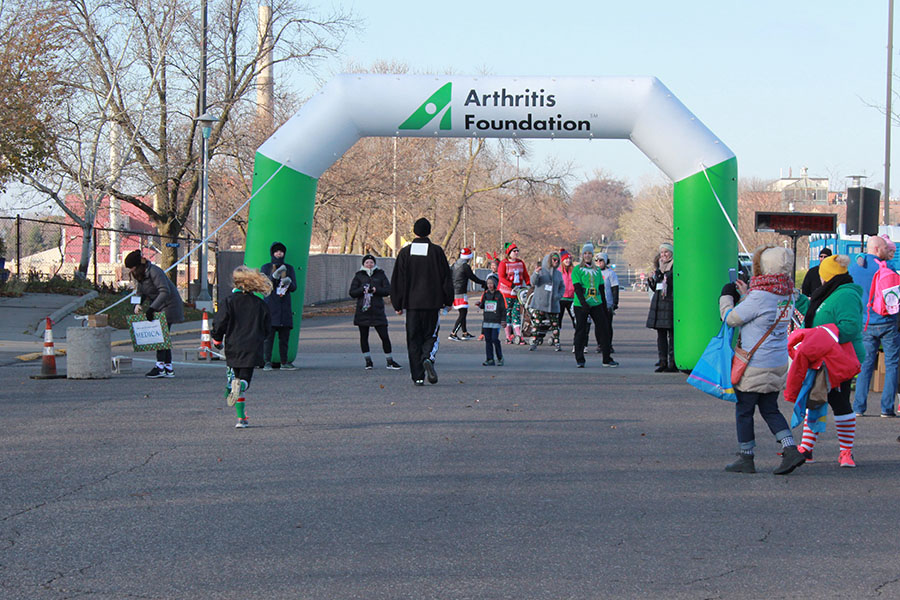 With a goal to raise $100,000 this year, the Arthritis Foundation is back for another holiday run at Boston Common. Boston is one of over 100 locations nationwide participating in the Jingle Bell Run, which benefits the more than 54 million Americans suffering from arthritis. Presented by New England Baptist Hospital, there will be a 5K run and a one mile walk to raise money for the Arthritis Foundation.

Head to Harvard for this 5K that celebrates the “old school roots” of the holidays. The Cambridge 5K Series began in 2011 to encourage Cambridge residents to stay active throughout the year and promote the sport of running. Since then, proceeds from each race have been donated to a number of local charities, including Cambridge Camping and One Brick Boston. At Yulefest, runners will receive a Yulefest knit hat and a post-race celebration featuring DJ Renselect and Mr. Energy.

This 5K was renamed in 2014 to honor late West Roxbury local and Parkway Running Club member, Walter Burgess. Burgess passed away in November 2003 after completing the Great Floridian Ironman Triathlon. “Walter Burgess was the ultimate ‘everyman’ in running,” Don Allison wrote after his death. “You would never know that by reading race results or record books. You would easily learn it however, by asking anyone who came in contact with him during his years of running.” Proceeds from the run will be split between the YMCA of Greater Boston Annual Fund, Globe Santa, and the Walter Burgess Scholarship fund.

You can expect to see many Santas and Christmas elves at the Jingle Bell 5K, where the first three men dressed as Santa Claus and the first three women dressed as elves to cross the finish line will win cash prizes. Each runner will have a jingle bell to wear and ring throughout the race, which starts in Davis Square. To contribute to a good cause at the event, participants and spectators can bring an unwrapped toy or gift card to the Somerville Senior Center and donate to Toys for Local Children. Once the run is complete, people can celebrate with a post-race party at one of 18 locations sponsored by UFO Wheat Beers.

National Ugly Sweater Day is on December 19. What better way to celebrate than going for a run in your favorite ugly sweater? Run or walk either a 5K or 10K on your own time and part of your registration fee will go towards Feed My Starving Children, a non-profit organizations that distributes food donations to people in developing nations.

Calling all cupcake lovers! National Cupcake Day is December 15 and you can earn yourself a “cupcake medal” by completing one of three race options. Raise awareness for Parkinson’s research by registering to run any time this month and your fee will go towards the Michael J. Fox Foundation for Parkinson’s Research. Chase cupcakes for a worthy cause.

Home for the Holidays 5K and 10K

If you aren’t traveling during the holidays, all the more reason to spend some time exercising in your own neighborhood! Take a run around the block (or many of them) to raise money for the National Health Care for the Homeless Council. You will be helping a network of over 10,000 doctors, nurses, social workers, and more in their efforts to end homelessness. 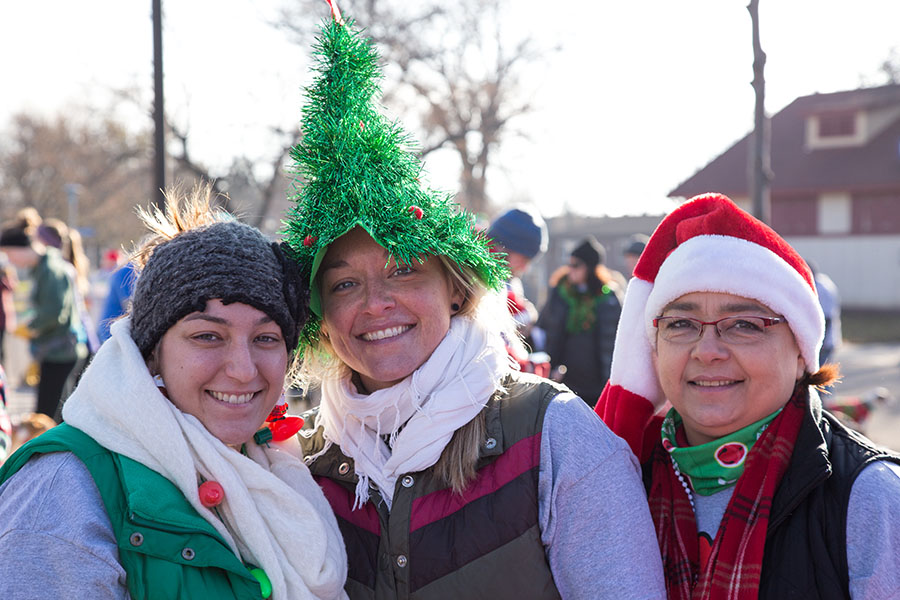